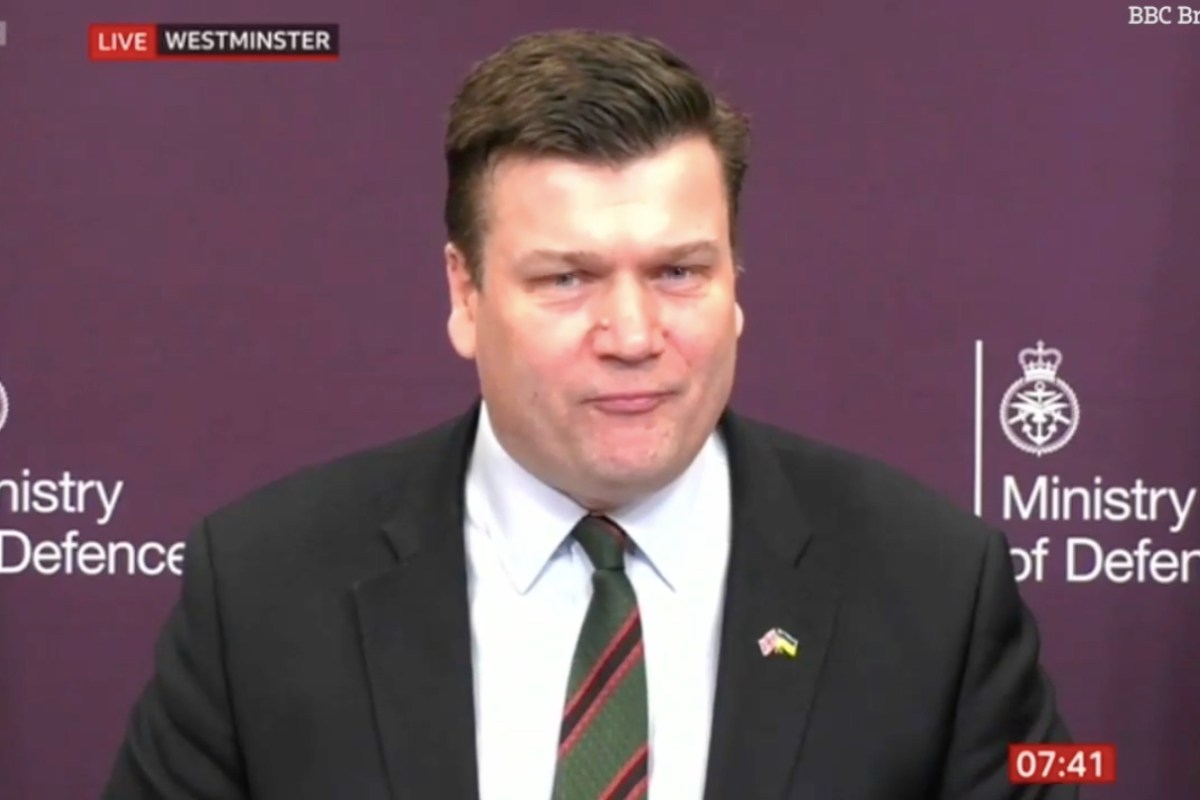 THIS is the hilarious moment a “really embarrassed” minister had to apologise after a fire alarm went off during an interview on the BBC.

Red-faced armed forces minister James Heappey said he was “really sorry” as a female voice over the tannoy interrupted his flow.

He was answering questions on the war in Ukraine and explaining the part the UK may be able to play in brokering a peace treaty.

But just as he urged the Russian government to “stop being as belligerent as it is” the firm alarm went off.

A sheepish looking Mr Heappey said: “I’m really sorry, the Ministry of Defence does this sometimes.

“I’m really embarrassed. Do you want me to come back to in a few minutes when they stop testing the fire alarms in our building?”

BBC Breakfast hosts Charlie Stayt and Naga Munchetty giggled before asking the minister if he needed to leave the building “for your safety”.

Mr Heappey replied that he knew it was just a test.

He added: “I’m really embarrassed that this is the case. I can persevere. But this is gonna go on for about 30 seconds or more, I’m afraid.”

Mr Stayt replied: “I think we’re gonna miss our opportunity to speak to you so I’m going to carry on, we’ll let the noise carry on, We can still hear you.”

The trio later shared a laugh about the incident at the end of the interview.

Bringing the chat to a close, Mr Stayt said: “There’s not much that we can be certain about the moment, but we can at least be certain that the firearm system in the Ministry of Defence is indeed operational.”

To which Ms Munchetty added: “It’s reality, isn’t it?”

Earlier in the interview Mr Heappey said the latest missile strike by Russia in western Ukraine was a cause for concern.

An aircraft maintenance plant close to Lviv airport was reportedly hit in the strike early on Friday.

The minister said: “It is very much a part of war that you go after each other’s supply lines. But the reality is this development will be a concern for people living in the west of Ukraine.”

He added the UK was now in the process of training up Ukrainians to use the Starstreak anti-aircraft missile system which Britain is supplying and which will arrive in the country “imminently”.

And he said the UK and other Western allies could have a role in guaranteeing any peace settlement agreed between Russia and Ukraine.

“I don’t think anything is off the table in terms of what the UK and our allies would be willing to do in order to facilitate a peace deal, and what part we might might play in guaranteeing that peace deal in future.”