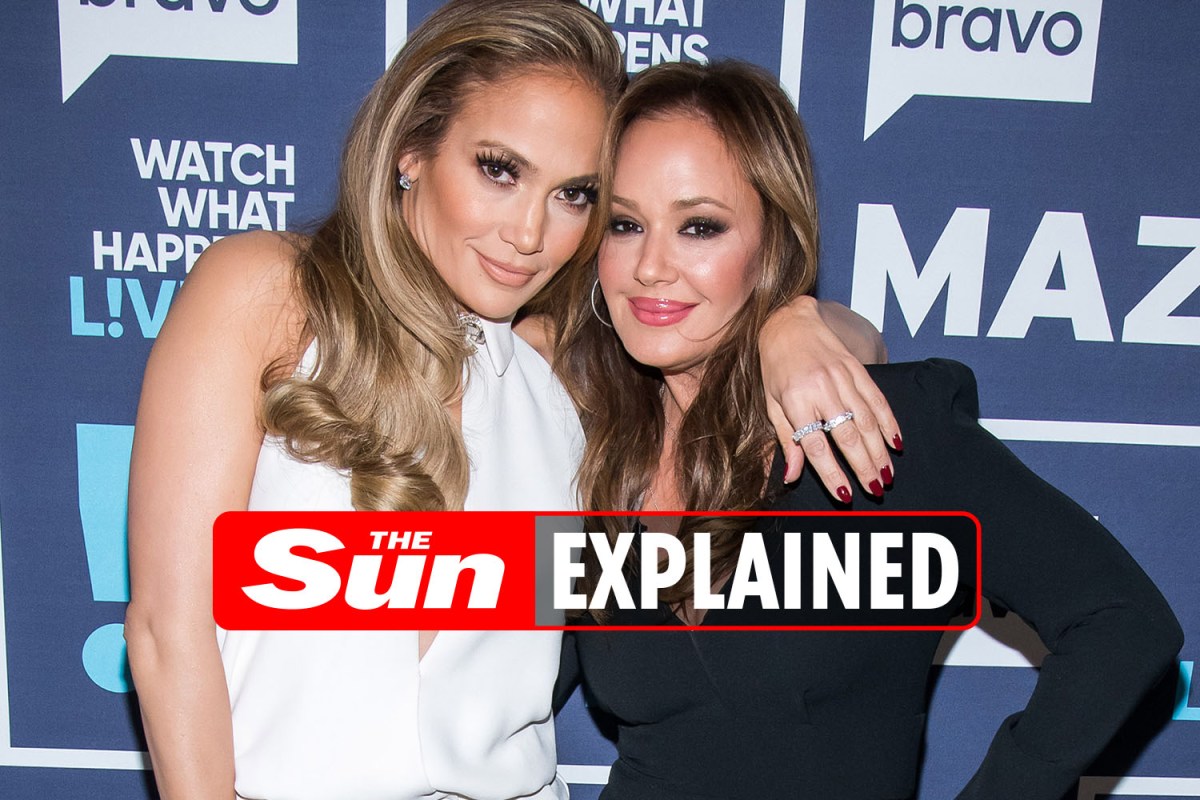 CELEBRITY friendships come and go, especially with superstars who obtained the same amount of fame as Jennifer Lopez and Leah Remini.

Throughout their years of friendship, fans wondered how JLo and Leah became so close in the first place.

How long have Leah Remini and JLo been friends?

Leah Remini and Jennifer Lopez’s camaraderie goes all the way back to April 2004.

While promoting their 2018 film together, Second Act, the two besties recalled how they first met.

Leah told Entertainment Tonight: “I was friends with Marc Anthony and then he started dating Jennifer, and he was doing the film, Man on Fire.”

Jennifer’s BFF added: “We went to the premiere hoping she was gonna be ugly in real life.”

“And then, when I was approaching her, I was like, ‘I hope it’s the lighting. Maybe she just looks good in here.'”

The singer chimed in on Leah’s recollection: “We fell in love right there.”

“It was one of those instant chemistry things where you just feel like, ‘I love this person. I love being around this person. This person makes me laugh.'”

JLo stated: “She’s cool and we also have very similar upbringings. That’s why we work well together.”

most read on jennifer lopez

What happened with Jennifer Lopez and Ben Affleck at Leah Remini’s birthday party?

On July 22, 2021, Leah Remini took to Instagram and shared various photos and posts from her 51st birthday party that took place a month earlier on June 15.

She captioned the post: “Wanted to share a little video from my birthday with you all because I got so much love from you on my birthday but also everyday.”

“I consider myself to have the best support system here on social media.”

She further added: “Also, I can’t thank my family & friends enough for coming, for celebrating with me in a way that was very special to me.”

Among the footage shown on the actress’ Instagram, fans could see instances of Leah’s BFF exchanging hugs and making affectionate gestures with Ben Affleck.

The actress’ birthday party was one of many instances where Jennifer and Ben were spotted together, sparking rumors of a rekindled relationship at the time.

Following the party, People magazine reported from a source: “Even though their split many years ago was devastating for Jennifer, she has never had a bad word to say about Ben.”

“They want to do everything they can to make this work.”

The singer exclusively confirmed her and the actor’s revived romance to People in February 2022: “I feel so lucky and happy and proud to be with him.”

“It’s a beautiful love story that we got a second chance.”

What is Leah Remini’s net worth?

Leah Remini rose to prominence in the late 1990s for her role on the television show, The King of Queens.

She went on to star in Leah Remini: Scientology and the Aftermath, Kevin Can Wait, Old School, and The Clapper.

According to Celebrity Net Worth, Leah amassed a fortune of an estimated $25million.

The actress is a two-time Emmy Award winner and a four-time nominee.