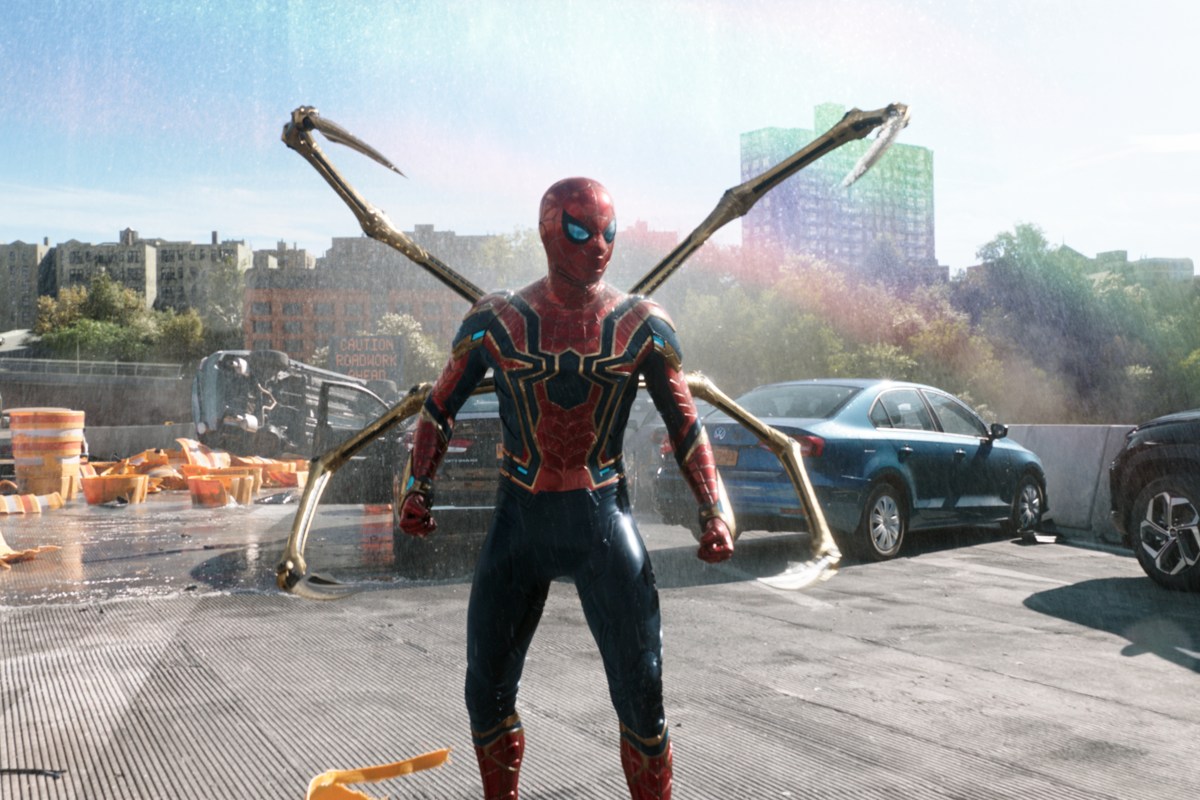 SPIDER-MAN: No Way Home took the box office by storm last year – and you can stream the full film now.

But if you didn’t manage to catch everyone’s favourite friendly neighbourhood Spider-Man in the cinema, fear not: it’s available to digitally watch.

Right now the movie can bought in streaming format from Amazon, but it won’t be long before it’s available within Starz (an add-on with Amazon Prime) – or on DVD and Blu-Ray either.

Due to an ongoing tussle between the bigwigs at Disney and Sony, who both have rights to the character, No Way Home won’t be heading to Disney+ like the rest of the franchise – not straight away, anyway.

The final chapter in the MCU Spider-Man trilogy raked in an incredible $1.8 billion at the box office, earned a rave review from us and featured (spoiler alert) two absolutely brilliant cameos.

It was the sheer joy of seeing this trio of webslingers on the same screen (whilst saying a tearful farewell to another legendary character) that made this such a popular Marvel outing.

Read on to find out how to stream Spider-Man: No Way Home.

Here’s how to watch the Walking Dead Season 11 on streaming.

When is the digital release date for Spider-Man: No Way Home?

Sony Pictures has confirmed that Spider-Man: No Way home will go on digital release on Tuesday March 22.

And if you’re after the latest Spider-Man film in either DVD or Blu-Ray, you can pick it up on Monday April 4.

Will Spider-Man: No Way Home be on Amazon Prime?

The one platform to confirm it will be streaming Spider-Man No Way Home is Starz – which you’ll find as an extra add-on with Amazon Prime.

There’s not been a confirmed digital release date, but Starz have said it’s bagged the streaming rights to the latest Spider-Man film.

The good new is that Starz is available as a channel within Amazon Prime: you simply need to head into Prime’s dashbard and sign up to Starz.

Starz does cost an extra £5.99 a month on top of your Prime subscription – but you could always take advantage of Starz’s 7-day free trial period.

Will Spider-Man: No Way Home be on Netflix?

It’s possible, but our spider-senses are telling us it’s not too likely.

That’s despite the fact that old Spider-Man films, starring Tobey Maguire and Andrew Garfield, are currently on Netflix.

Sony and Netflix recently signed a deal that gives the latter streaming exclusivity for the former’s 2022-26 slate of films – but that, of course, doesn’t include No Way Home.

Since the two companies are in cahoots right now, we think we’d know by now if No Way Home was going to stream on Netflix any time soon.

Will Spider-Man: No Way Home be on Disney+?

This is unlikely, despite the rest of the MCU being exclusively there to stream.

Spider-Man had a difficult introduction to the franchise, when Tom Holland’s web-slinger made his debut in Captain America: Civil War.

Sony Pictures owns the rights to Spider-Man, and as a character he is ‘loaned’ out to Disney when he makes appearances in other characters’ flims.

But standalone films like No Way Home very much belong to Sony, and there’s no reason for them to premiere or indeed sit at all on Disney+.

The most recent Marvel film to premiere on Disney+ is the Chloe Zhao’s ensemble piece Eternals, which had a much more lukewarm reaction.

There have also been the slate of Phase TV series, including the wonderfully surreal Wandavision, the Tom Hiddleston vehicle Loki and festive-period Hawkeye.

Long-time comic-book movie fans know that Marvel characters aren’t always joined up: the X-Men franchise, for example, have always belonged to 20th Century Fox – although Disney purchased the studio in 2019.

Here’s how to watch the X-Men films in order.

Is Spider-Man: No Way Home available to stream?

Not yet – you’ll have to wait until March 22 to stream Spider-Man.

Interestingly, given the film’s stratospheric success at the cinema, there’s been far less pressure, presumably, on Sony to pivot the film to streaming.

These days, it’s become pretty standard for major blockbuster releases to be available to stream simultaneously with their cinemas release – or very soon after.

Not so with Spidey: our web-slinging hero has proved audiences still have an appetite for the cinema, even with all the complications of the Covid pandemic.

When is Spider-Man: No Way Home released on DVD and Blu-Ray?

You can pick up Spider-Man: No Way Home on DVD and Blu-Ray on Monday April 4.

And if you want it swinging its way to your door immediately after it is released, you can already pre-order both formats on Amazon.

Need to figure out the timelines? Here’s how to watch the Marvel movies and TV shows in chronological order.

You might also want to figure out how to watch the Netflix limited Marvel TV series in the right order.

Oh, and find out more about Harry Styles’s shock appearance in the recent Eternals film.