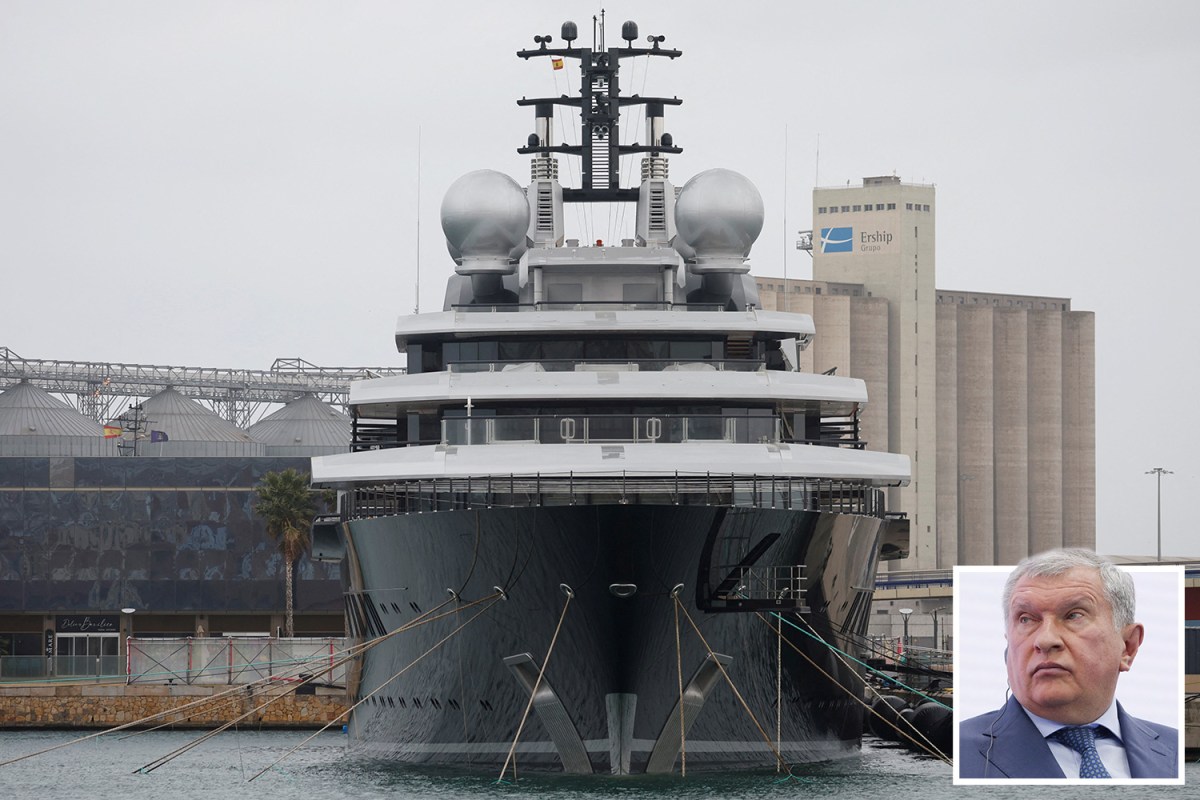 A HUGE £450million megayacht believed to be owned by oligarch and Putin ally Igor Sechin has been seized by Spanish authorities.

The 443-foot long Crescent has been confiscated amid a crackdown on the Russian President’s exorbitantly wealthy cronies.

The megayacht had been docked in the port of Tarragona, Catalonia, since November 2 before officials pounced, Spain’s Transport Ministry said.

It is believed to belong to Sechin, a close pal of Putin’s who was appointed chief executive of Russian oil giant Rosneft by the bloodthirsty tyrant.

The uber-rich 61-year-old, whose nickname is “Darth Vader”, was one of a string of prominent oligarchs stifled by EU sanctions in February.

His assets were frozen and he was hit with a travel ban due to his reported connection to the Kremlin.

The former deputy prime minister of Russia is described as “one of the most trusted and closest advisors, as well as a personal friend,” to Putin, according to the sanctions document.

Spain will now hold the spectacle of the seas – which is said to feature a retractable helicopter hangar and a glass-bottomed pool – as they work to determine the ownership.

A Spanish police told Reuters news agency that they believe the yacht belongs to the oil tycoon.

A spokeswoman for the Tarragona Marina added that the Crescent was registered in the name of a non-Russian company.

It comes after another superyacht belonging to Sechin was seized by French authorities at the beginning of March.

French authorities announced that the vessel, named “Amore Vero”, or True Love, was being held in the port of La Ciotat under the terms of the EU’s huge sanctions.

They demanded proof of ownership and boarded the £532million superyacht just last week.

Hacking group Anonymous decided to taunt war-hungry despot Putinby renaming another of his yachts “FCKPTN” and changing its destination to “Hell” after hacking into the ship’s maritime data.

The tycoon, who sponsored Everton FC, had earlier branded sanctions imposed upon him “unfair”.

The extravagant vessels and the thriftless displays of wealth among Russia’s elite have come under intense scrutiny in wake of the invasion of Ukraine.