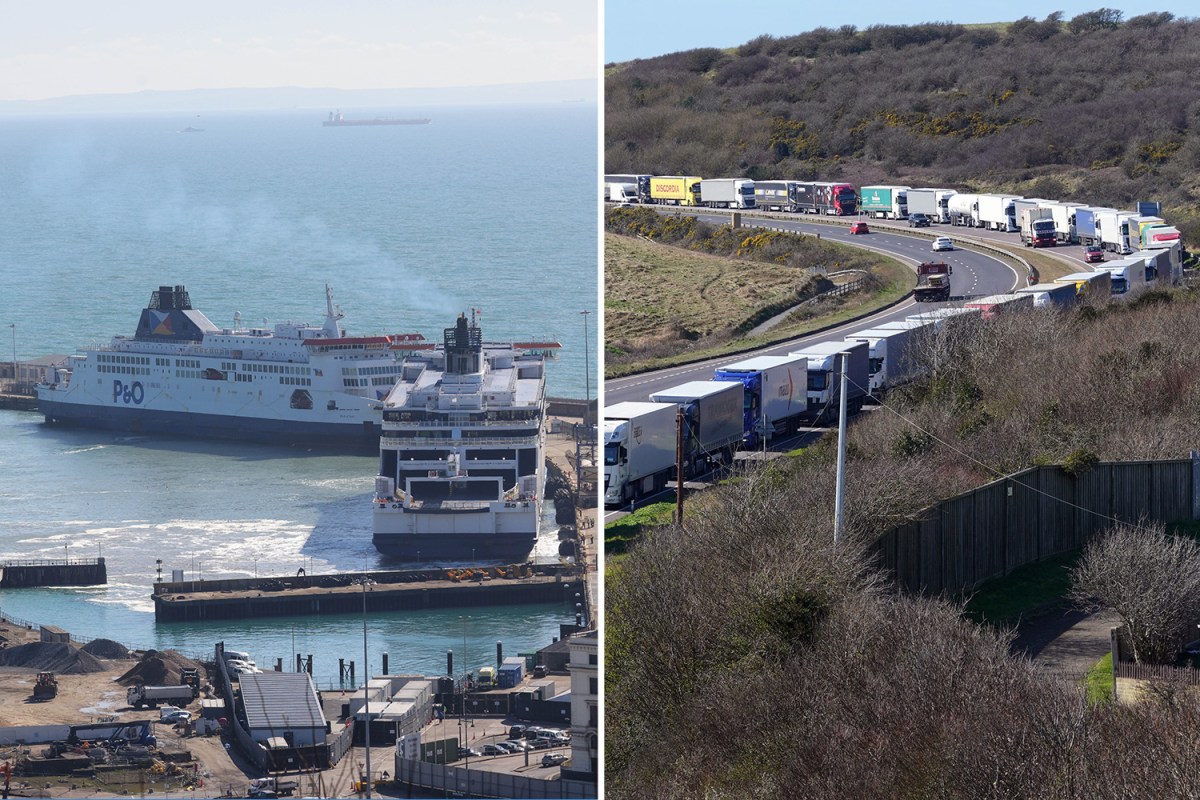 HUGE queues snaked outside ports last night after P&O Ferries sensationally axed all routes for up to TEN days.

The company was labelled “appalling” after it brutally axed 800 crew members over Zoom on Thursday.

It said it was cancelling services for the “next few days” before confirming the wait could be as long as TEN while the company “locates new crews”.

Bosses dramatically halted all services early on Thursday before the 11am firing bombshell.

And ferry ports were later plunged into chaos as passengers, workers and lorry drivers had nowhere to go. 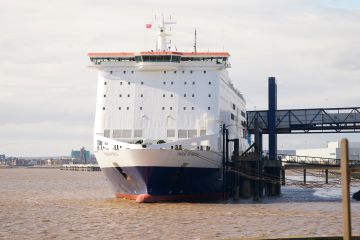 One lorry driver trying to enter the port began shouting and beeping at those in the road, before being told: “We’re not moving.”

Passengers were booted off and told to await instructions amid claims they would continue  journeys with DFDS and Irish Ferries.

And Huw Merriman, who chairs the Transport Select Committee, said: “P&O, this once-great flag carrier of the seas, have made an appalling error.”

One van driver stuck in Calais, where there was also disruption, described the scenes as an “absolute nightmare” with “no information”.

Another couple said they were left “high and dry” after their trip was cancelled.

As well as running passenger services, PNO is a major freight carrier on the Dover to Calais route.

This handles a third of the goods trade between Britain and the EU, including large amounts of food.

Among the abandoned were kind-hearted Brits, unable to transport aid to Ukraine as they were forced to divert their loads.

P&O employees were ambushed yesterday morning via Zoom and reportedly given just “five minutes to get their stuff and get off the ship”.

Security teams in balaclavas were then drafted in to remove P&O staff — some given just five minutes to gather gear from quarters.

Defiant captain Eugene Favier refused to leave his Pride of Hull ferry in protest and barred cops and security from boarding.

Other workers blocked roads near Hull and Dover as queues of lorries built up.

Passengers were marched off ships, or stopped from boarding, leaving thousands stranded.

P&O, this once-great flag carrier of the seas, have made an appalling error.

He remained on board while crew disembarked the Hull-Rotterdam ferry over a covered gangplank.

Hull East’s Labour MP Karl Turner said during the stand-off: “I’m told by Gaz Jackson, the RMT official who is on the ship, he’s effectively locked in with  the crew.

“As far as I understand in maritime law, even though that vessel is in a port, that captain is  entitled to refuse any person on to his vessel.”

Meanwhile, RMT boss Mick Lynch branded the sackings “one of the most shameful acts in the history of British industrial relations”.

No10 was given no warning, and the PM’s spokesman said the cuts were “wholly unacceptable”.

And one P&O worker slammed the Dubai-owned firm for “stabbing us in the back”.

“They claim the firm is running at a £100million loss  but DP World who run it from Dubai is thriving.

“What they want is British seafarers gone as they see us as too expensive.

“The new foreign workers are already on board. And I’ve got nothing against them. But clearly the company has been planning this behind our backs for a  long time. It’s not fair.

“We should have been given notice. Not half an hour.”

Bosses claimed they need to hire the cheaper workers instead to plug a £100million black hole in the business.

One worker, 54, who has worked in ferry engine rooms since the 1980s, said at Dover: “This is no way to treat people.

“I’ve seen coachloads of agency crews waiting in the car park at Hythe services in Kent, just waiting to come down.”

Another, in her 20s, claimed replacement staff were on her ship before employees had been fired.

Ads for engineers and seamen positions with “UK work permits” were running in Latvia and Poland yesterday. Agency crew, reportedly from Colombia, were earlier seen in boiler suits heading for docks.

P&O confirmed all 800 staff will be made redundant with immediate effect.

The company said crew will be given enhanced packages to compensate for “the lack of advance notice” and revealed the business is “not viable” in its current state.