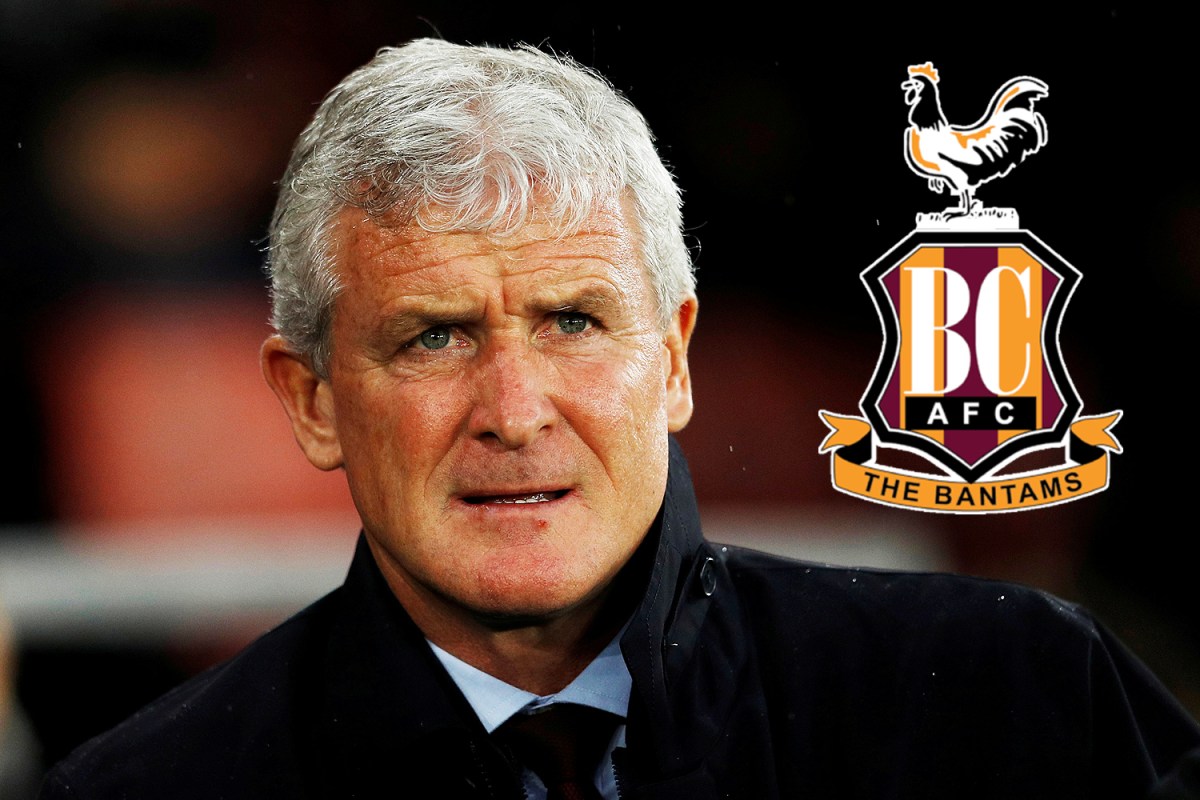 MARK HUGHES has been announced as manager of League Two strugglers Bradford City on a two-year deal.

The Manchester United legend returns to the dugout after a four year hiatus, having been sacked by Southampton back in 2018.

He takes charge of Bradford with the club 15th in League Two and on the back of one win in the last seven games.

Former boss Derek Adams was axed by the club nine days ago after just eight months in the role.

Liverpool hero Robbie Fowler had been linked with the hot-seat at the former Premier League club after reportedly applying for the position.

But after being eager for a return to management club bosses decided Hughes was the right man for the job, having taken charge of over 450 Premier League games.

Hughes in fact has managed the seventh-highest number of Prem games in history and will take his first training session with his new club tomorrow.

The 58-year-old will be in the dugout for Saturday’s home clash against Mansfield after dropping down to try his luck in the fourth-tier.

After taking up the position, Hughes said: “I am really pleased to be here and am looking forward to the role, and the job in hand. It has been an exciting few days.

“It is maybe a little bit of a surprise that I have come in, but do not be put off by that!

“I am here for a reason: to make Bradford City a team people want to come and watch – and are proud to watch.

“The supporters come in their numbers, and that is the thing I have missed since being out of management. I am looking forward to the matchday, getting that adrenaline flowing and interacting with the crowd.

“Certainly, from now until the end of the year, we just want to finish strongly and see where that takes us.

“We want to move the club and everybody with it forward, and hope we can have the success everyone wants.”

Hughes previously enjoyed spells as boss in the Premier League with the likes of Manchester City, Southampton, Stoke and Fulham, and brings vast experience to Valley Parade.

Upon the announcement, Bradford chief executive officer Ryan Sparks said: “We are delighted to have secured Mark’s services, and I am looking forward to working alongside him.

“His record and stature in the game speaks for itself, and he has achieved a great deal. To have him in our dugout is representative of the club’s ambition and desire to be successful.

“Mark expressed an interest in becoming our manager and, following talks between he, myself and Stefan [Rupp], we are today thrilled to be in a position to unveil him.

“This is without doubt one of the most significant appointments in the history of our football club. Mark recognises our true potential – and has the desire to ensure we fulfil it.