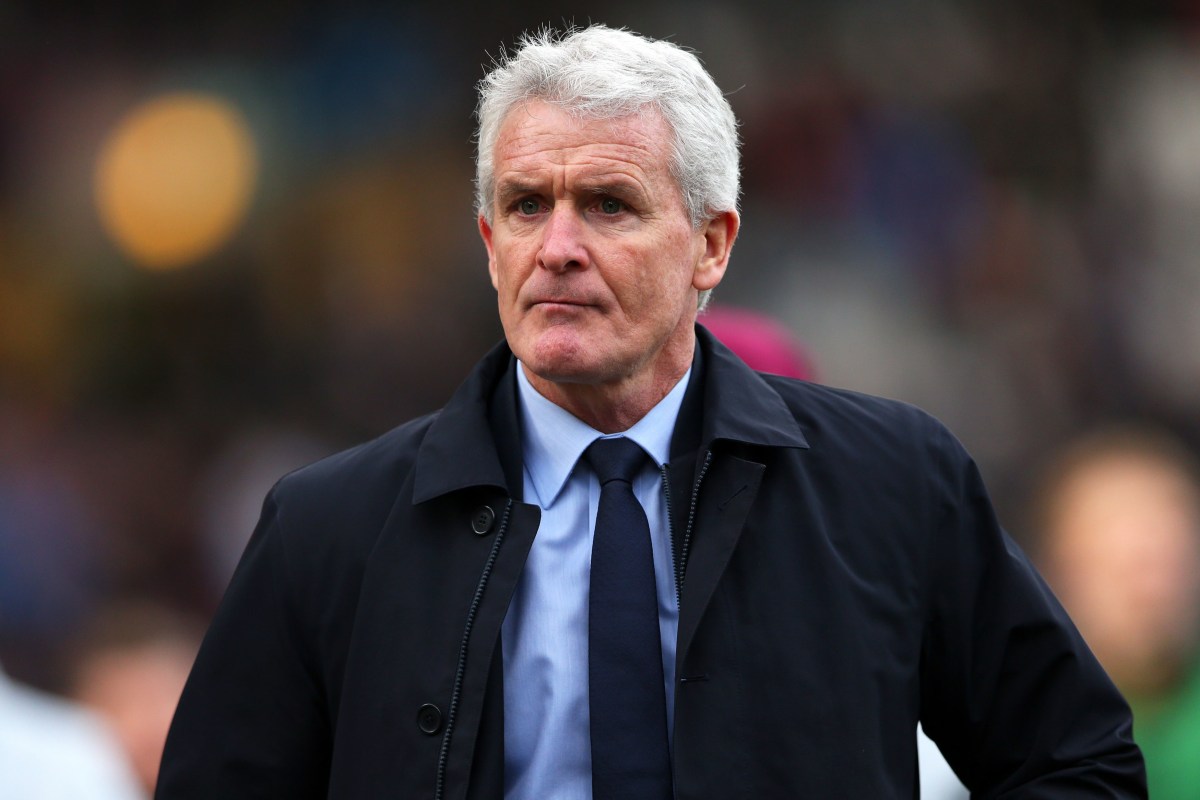 MARK HUGHES came perilously close to missing out on the job in Bradford City’s hot seat after his application ended up in a spam inbox.

Bantams CEO Ryan Sparks revealed Hughes’ form found its way into his junk file which he discovered after a trawl through the folder.

Hughes, 58, was hired as Bradford’s new boss on Thursday following the sacking of Derek Adams, 46, earlier this month.

The Aberdeen-born coach was axed from his role after just eight months at the helm with the former Southampton, Manchester City and Queen’s Park Rangers gaffer now in charge.

However the Bantams are yet to reverse their dismal run of results with the club falling to a 2-0 home loss during the Welshman’s first game in the dug out.

The defeat means Bradford have picked up just four wins from 12 games since January 1 losing five of their last six matches.

Within three-hours of seeing Hughes application, Sparks got in touch with the Man United’s hero’s representatives to begin recruitment talks.

The Bradford chief exec, 31, said: “The truth of the matter is when it actually came through, we’ve had some issues with our emails and it was in my junk folder.

“I go through that every day and obviously I made a call very quickly to his representatives and explained: “Apologies for the three-hour delay, I’m usually on it but I would like to have a conversation with Mark”.

Hughes, who netted 120 goals in 345 Man United appearances, has been away from management since December 2018.

The former Stoke City gaffer began his managerial career as Wales head coach in 1999, before spells in charge of Blackburn Rovers, Man City, Fulham, Stoke and the Saints.

And the Wales-born coach was sacked from his previous role at St Mary’s with the club 18th in the table at the time of his departure in December four years ago.

Hughes’ post at the Bantams will be his first outside the top tier in his management career.

The drop down to a League Two side, who face Swindon next, is not a concern for the new Bradford boss.

Speaking on Thursday, Hughes said: “I’m not going to come in here and compare and contrast.

“I will work with what I’ve got in front of me and that’s the best way to approach things.

“I’ve managed at the top level but even there you had differing levels of ability within groups.

“It’s about maximising the opportunity we have here and giving them a plan and an understanding of what to do to win games.

“Hopefully we’ll be able to implement that and if you’re clear in your mind over what’s expected, we’ll be in a good place.”