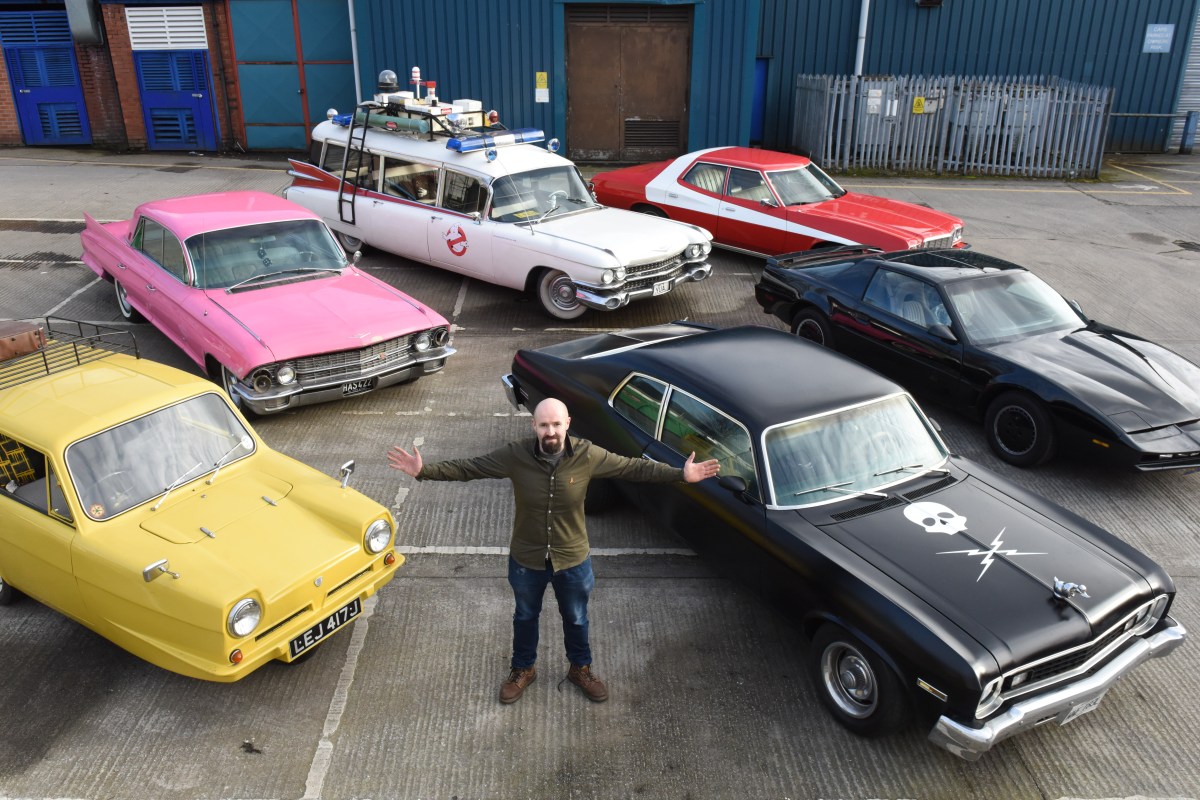 A MAN has shown off his incredible movie car collection which is worth up to £400k.

Some of Peter Dale’s motors have featured in iconic films like Ghostbusters, Starsky and Hutch and Knight Rider.

The 42-year-old movie fanatic from Manchester also owns one of the yellow three-wheeled vans from Only Fools and Horses.

He said: “I have a 1962 pink cadillac like the one from Grease, a Chevrolet Nova from the movie Deathproof and a Ford Gran Torino from Starsky and Hutch.

“I buy the cars for a fraction of what they are worth as they often need building and restoring. 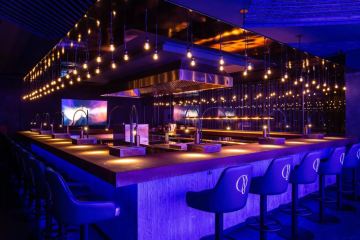 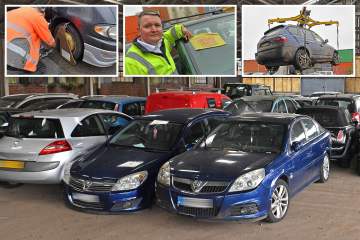 “I went on a night course to learn how to weld so now I can do all of the work myself.

“It is hard to know the exact value as I don’t value my own time.

The Only Fools and Horses super fan was inspired by the sitcom’s comical entrepreneur Del Boy.

He adds: “I have always loved the programme and it is the reason I went self employed.

“The collection just grew from there.

“Initially, I didn’t want to rent the cars out but Channel 4 got in touch for David Jason’s Great British Inventions.

“It was amazing to meet him – he was very pleasant.”

Peter has gained attention in his local area by alternating between the iconic vehicles to complete his food shopping.

He said: “I can’t just leave the cars locked up in the warehouse all of the time so I do drive them around.

“The Ghostbuster car in particular gets the most attention.

“I definitely have to keep my wits about me as people film [me] while driving so I need to make sure we don’t crash!”

He is currently working on Back to the Future’s Delorean, the A-team van and the Batmobile to name a few.

Peter adds: “I believe there are only two Pontiac national ambulance’s left in the world and I am restoring on one of them.

“I am also building a rare convertible three wheeled reliant regal and a Smokey and the Bandit firebird car.”