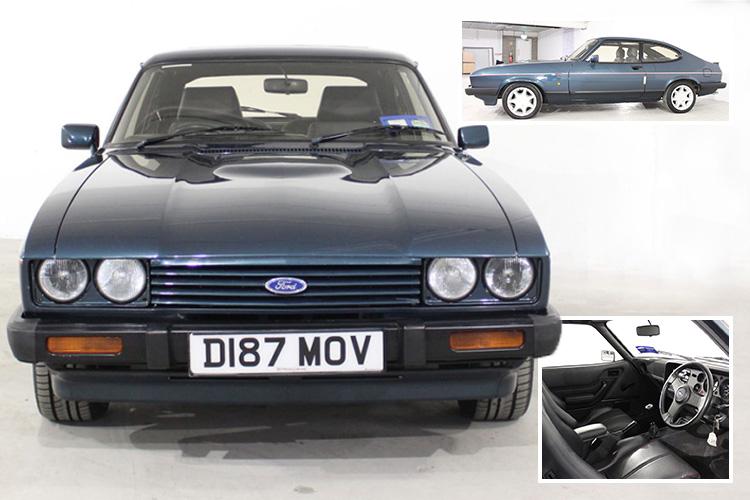 The iconic model made famous in hit TV shows is the latest “Fast Ford” to head to auction.

This 280 series was the last Capri ever released and was designed as a last hurrah for a model that had etched its way into Ford folklore over 18 years of production.

In that time it became the fast car of choice for TV car chases appearing in 1970s and 80s cult classics The Professionals and Minder.

It’s reputation as a speed freak was thanks to its 2.6-litre V6 engine that produces 160bhp and a top speed of 130mph.

When new they cost around £12,000 but have since become real favourites of enthusiasts and collectors and routinely sell for upwards of £20,000.

It has been owned for the last 14 years by the Patrick Foundation, a charitable trust that grew from 1930s coach builders Patrick Motors.

The foundation is one of the largest and most well-known collections of cars in Europe.

Damian Jones, from auctioneers H&H Classics of Cheshire said: “The market for fast Fords is as big as ever and we’re expecting this one to do well when it goes under the hammer at auction.

“It is unusual to get a Capri of this age with such low mileage – in fact this is probably one of the lowest I’ve ever seen.

“The 280, nicknamed the Brooklands, was the last of the line and as such several people bought them to just sit on them as an investment.

“Even so, 4,000 miles is incredibly low and with it being in such excellent and highly original condition we’ve already had quite a few phone calls on it.”