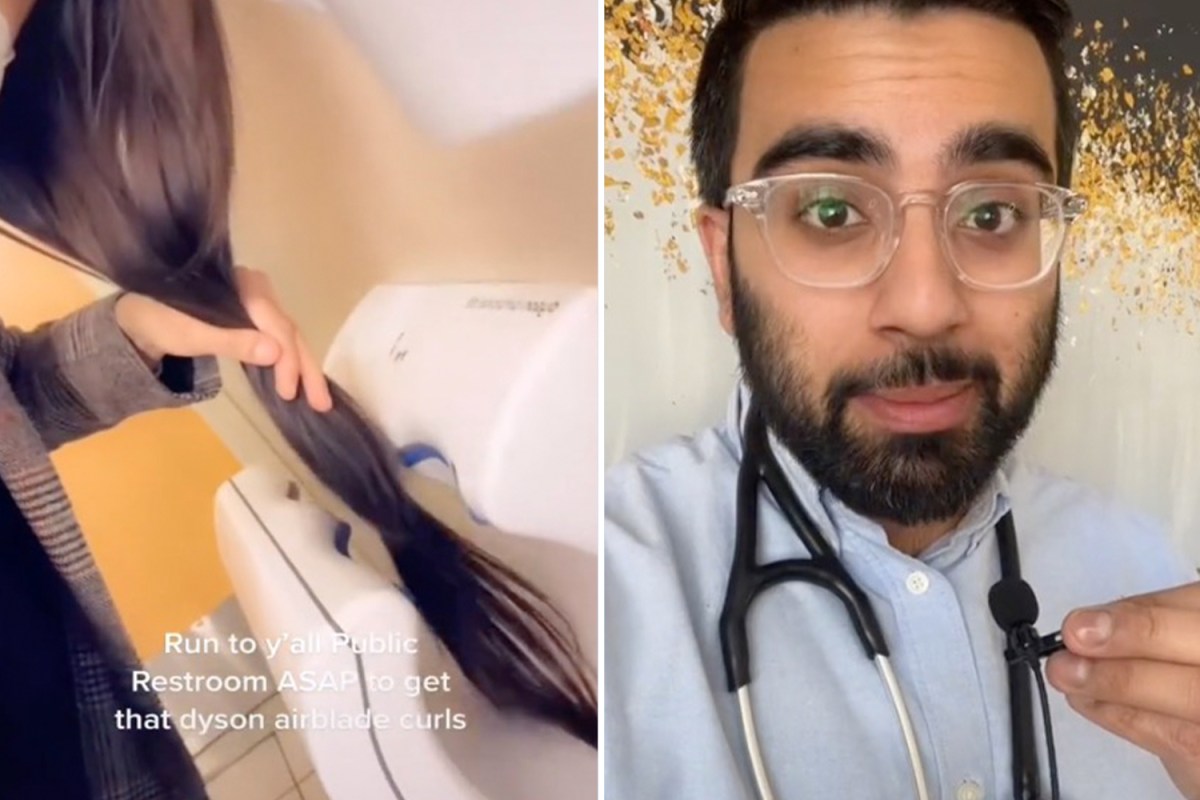 AUTOMATIC hand dryers could be more harmful than helpful.

The dryers can coat our hands with harmful bacteria after washing them.

A recent TikTok went viral showing a user putting her hair into a Dyson hand dryer to imitate the effect of the Dyson Airwrap.

TikToker @madmedicine, who’s an M.D. candidate explained why this is a bad idea, and also gross.

In his video, he says, “There have been actual studies done on those hand dryers to see if they spread bacteria. Spoiler alert: They tend to spread more bacteria compared to just towels.”

These dryers shoot a variety of spores from bathroom air onto your hands, including ones that are found in fecal matter.

Many public places use air dryers as an alternative to paper towels to be eco-friendly and save money on paper products.

A recent study compared jet dryers like the Dyson, warm air dryers, and paper towels, in a simulation of poorly washed and contaminated hands.

Germs end up everywhere in bathrooms, especially when they fly out of toilets during flushing.

One flush of the toilet produces thousands of tiny aerosol droplets, which can contain bacteria and viruses and contaminate surfaces up to six feet away.

Those surfaces include the hand dryers, and the aerosol droplets can flow through the air that comes out.

The best way to dry your hands is with a paper towel if they’re available.