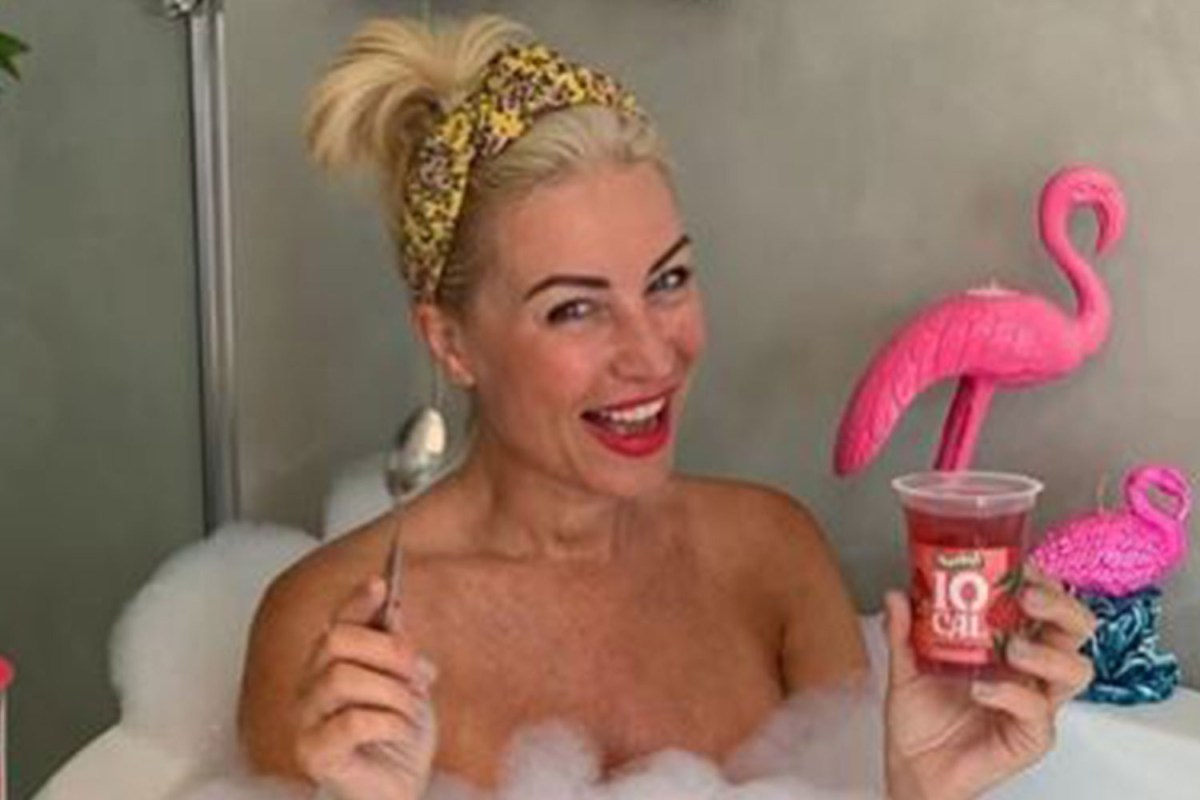 DENISE Van Outen has given fans a glimpse inside the incredible home.

The TV star, 47, used to share her humble abode with fiance Eddie Boxshall, until she kicked him out in January after discovering he had been having phone sex and dates with other women.

Denise sold her £1.4million Kent farmhouse in 2018 to move to Essex with Eddie.

The pair started dating four years prior, shortly after her split from ex Lee, when they were introduced by a mutual friend.

Then in January 2019 they finally moved in together.

Their relationship was going from strength to strength, and even appeared on Celebrity Gogglebox together from the comfort of their own home.

Denise and Eddie were planning to tie the knot this year.

However in January this year it was revealed that Denise asked Eddie to leave their home after seven years together when she found out he was sexting other women.

A source said: “It’s the very last thing she expected to happen. She thought this was forever — but while she has been out at work he’s been sat in her home betraying her trust.”

MOST READ IN TV AND SHOWBIZ

Denise now lives in the property with her daughter Betsy, 11, from her marriage to Lee Mead.

The presenter loves to share snaps of her humble abode on Instagram for her followers to see.

The entrance to her home is absolutely gorgeous with an oak panelled door, huge wooden frames, and ceramic flower pots perched on a paved driveway.

Inside, the actress and Masked Singer star has revealed she is a fan of bold patterns, metallics and bright colours.

There are nods to pop culture all over the house with a Karl Lagerfield ornament, a collage of a skull, and print of 60s supermodel Twiggy spotted in the background of her photos.

Meanwhile, the living room is homely, with green velvet sofas adorned with wildlife pillow next to a yellow upholstered pouf.

Behind the furniture, bee wallpaper is lit up with modern lamps and framed by wooden beams, as a zebra-print table sits atop the neutral orange carpet.

In fact, this room is a cornucopia of animal-themed knick-knacks.

Golden parrots hang from the lights, ceramic dogs sit atop golden shelves and a golden monkey stands guard over it all.

There’s also a more neutral lounge space outside of the animal-themed living area.

The room has white-washed walls, decorated with a huge mirror.

The sofas are a pale brown, covered in pink and blue pillows decorated with plants.

Opposite the calmer designed sofa is the zebra print one – where the dog is allowed to sit on a pink blanket. There’s also a framed painting of the dog, dressed in period clothing.

Then in their garden, the couple has installed a pizza oven and Denise also has plenty of space to keep fit.

LatestUK.news is our complete news portal about the UK, US, world, living, lifestyle, fashion, wellness, etc. Take your time and immerse yourself in this amazing experience! LatestUK.news is an automated news aggregator website. Each material, such as the author and the hyperlink to the primary source, is defined. All trademarks and materials are the property of their rightful owners and authors. If you own the article or content or news and do not want us to publish it, please contact us by email at latestuk[email protected] We will remove it within one business day.