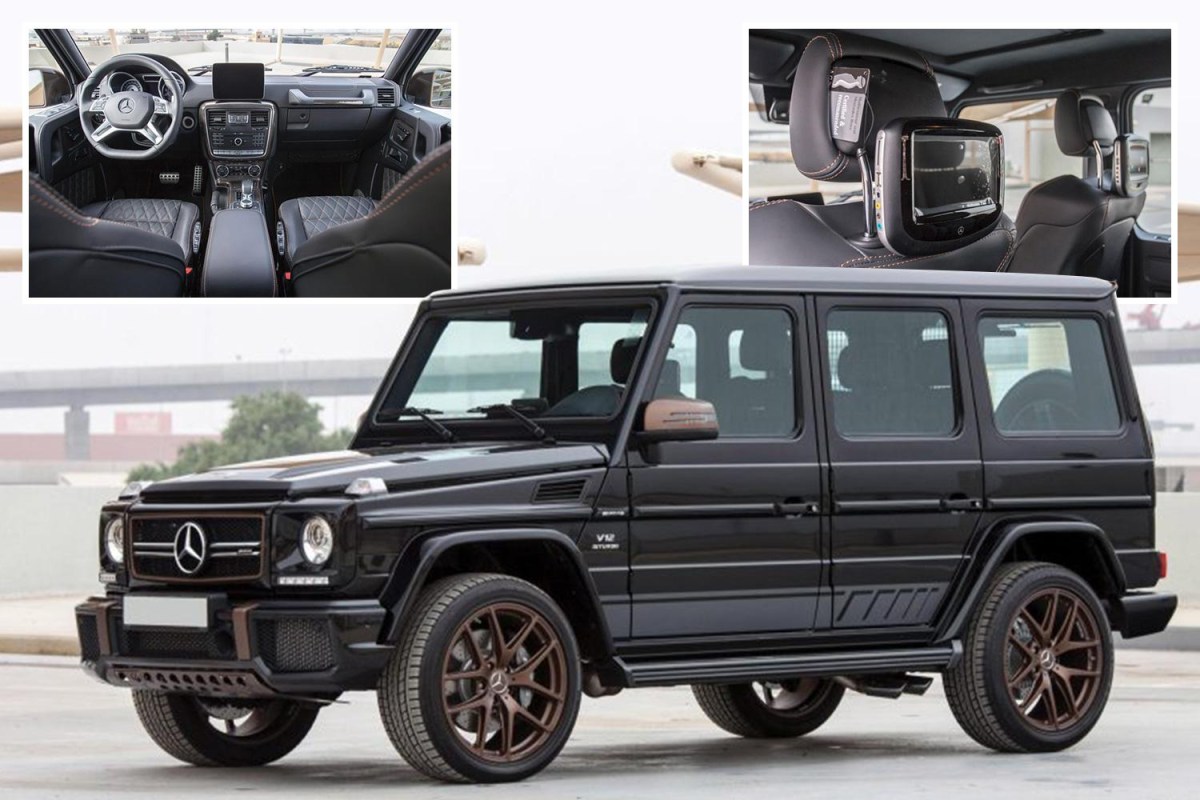 A RARE Mercedes 4×4 dubbed “the last word in luxury off-road design” has emerged for sale for a whopping £260,000.

The ‘Final Edition’ G65 AMG was built last year and is one of just 65 examples in the world.

Created to commemorate the end of production of the first-generation G-Wagon, the impressive motor combines luxury styling with the ability to tackle tough terrain.

The G-Wagon has become a firm favourite of the rich and famous with actor Bradley Cooper, Manchester City footballer Kevin De Bruyne and TV Personality Kim Kardashian among the list of celebs to own one.

The incredible speed is made all the more impressive considering the off-roader’s scale-breaking weight of more than 2.5 tonnes.

The pristine wagon has a black leather interior contrasted with brown stitching and carbon-fibre trim.

It also has an automatic gearbox, built in sat nav and TV screens mounted in the headrests.

The striking four-door has an enormous body with matte bronze trim including four whopping 21-inch wheels.

This particular model has only had one previous owner, a collector in Kuwait, who has never used it other than when he took delivery, making it virtually as new.

It’s now due to go under the hammer with RM Sotheby’s of Paris on February 6.

“As if the standard G-Wagon is not enough, this AMG model has at its heart a twin-turbo, six-litre powered V12 engine, which should satisfy even the most power hungry of petrol heads.

“The additional options presented as part of the Final Edition finishing kit make this a truly unique vehicle.

“The fact that this almost new car has recorded only delivery miles makes this a great fit for any performance car enthusiast looking for something a bit different.”