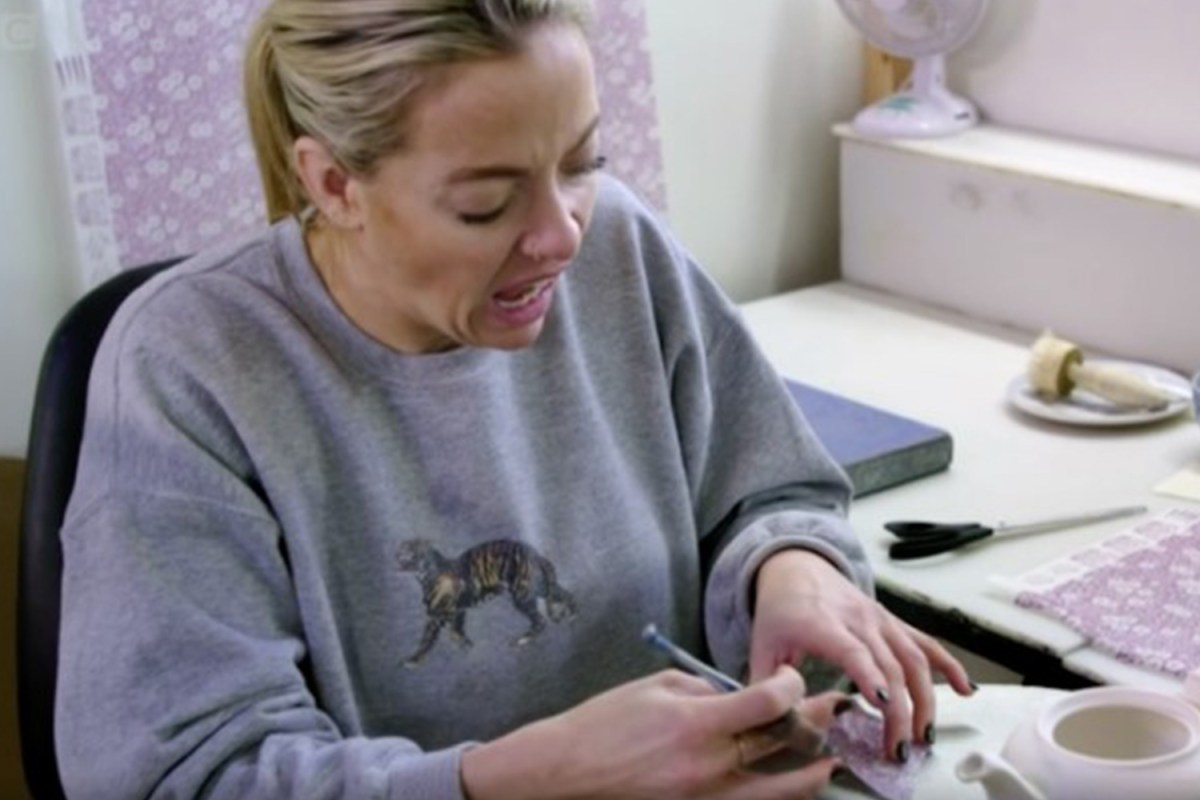 Host Cherry Healey left viewers red-faced during last night’s episode of Inside the Factory as she described wrapping a teapot’s “knob”.

The episode saw Cherry head to the Burleigh factory in Stoke-on-Trent to learn an alternative to glazing as a way of decorating pottery.

The technique, which hasn’t changed since the 1700s, involves adding intricate and colourful printed patterns onto everything from teapots to mugs and jugs.

It wasn’t long before Twitter was awash with comments about the cheeky innuendo, with one user penning: “ “A little tissue around the knob…” Fnarr Fnarr”.

Along with a GIF featuring Carry On actor Kenneth Williams, another added: “A small piece of tissue is wrapped round the knob..”

It all started when the 41-year-old met Alison Howell, one of a mere handful of people keeping the endangered craft alive, for a demo.

Alison described the factory as like “being in a Dickens novel” before showing Cherry how to make a ‘Blue Calico’ teapot, pinching and testing the tissue into place.

“That’s magic”, she said. “There’s no separation. Not one seam. Not one break in the pattern”.

When it was Cherry’s turn, she took a sheet of patterned tissue paper, which had been left to dry on a washing line, announcing: “Here goes!”

Alison watched the presenter as she cut out a square and then a small circle in the centre, making a little tear as she pressed it down onto the teapot’s lid.

Cherry then eased the flat sheet onto the curved surface “like a glove” before trimming off the excess paper and dropping her oh-so racy comment.

Ultimately, Cherry’s dodgy knob-wrapping clearly wouldn’t have bagged her an ‘A’ in art class, with Alison admitting: “I’d recognise your presents at Christmas!”