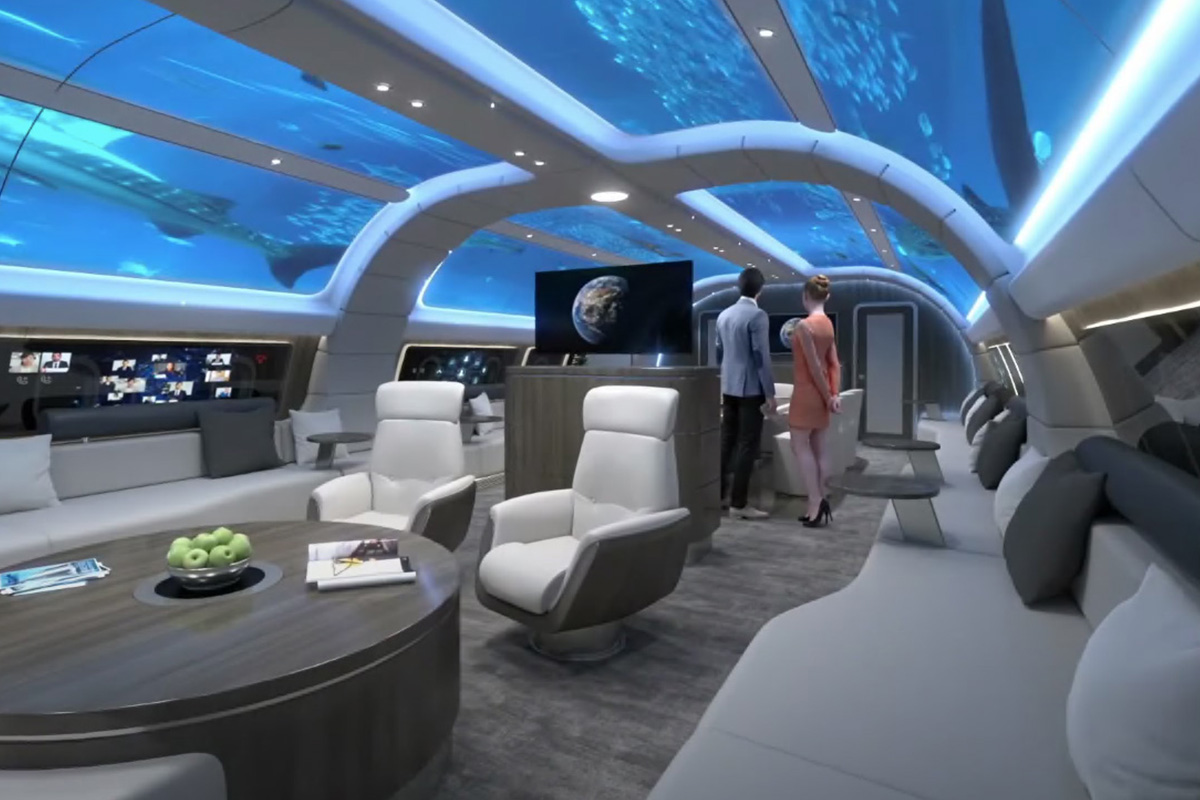 FOR most of us, the height of luxury on a plane is a free drink and a bit of extra legroom.

But a new type of aircraft is coming for the mega-rich – modelled on today’s superyachts so beloved by billionaires.

German design studio Lufthansa Technik has designed a new private jet called The Explorer and earlier this month unveiled plans for it at the Dubai Air Show.

The planes are modelled on the Airbus A330, the standard versions of which cost around £225million, meaning a custom-fitted Explorer will come in at a lot more than that.

The “flying hotels” will feature all of the usual mod cons of large private jet including proper sized bedrooms, bathrooms, dining rooms and offices.

But these new planes also come with the option to add dedicated areas like nightclubs, spas, wine cellars, exploration laboratories and even an emergency medical room.

The most eye-catching addition though, is the option of a projection system that covers the walls and ceiling of the plane, and will allow users to play a range of backgrounds – from the outside sky to outer space.

It will also have a unique open-air seating area built into the main deck cargo hatch, which will sit around four metres above ground when the plane is stationary.

Jan Grube, Sales Director in Lufthansa Technik’s VIP & Special Mission Aircraft Services said: “We analysed the typical elements of the Explorer boat class in order to transfer the design idea behind it from the water to the air, and thus into a new cabin design.”

The ideas are designed for planes carrying 8 to 12 passengers.

“The overall look of a VIP cabin can be changed by a fingertip.”