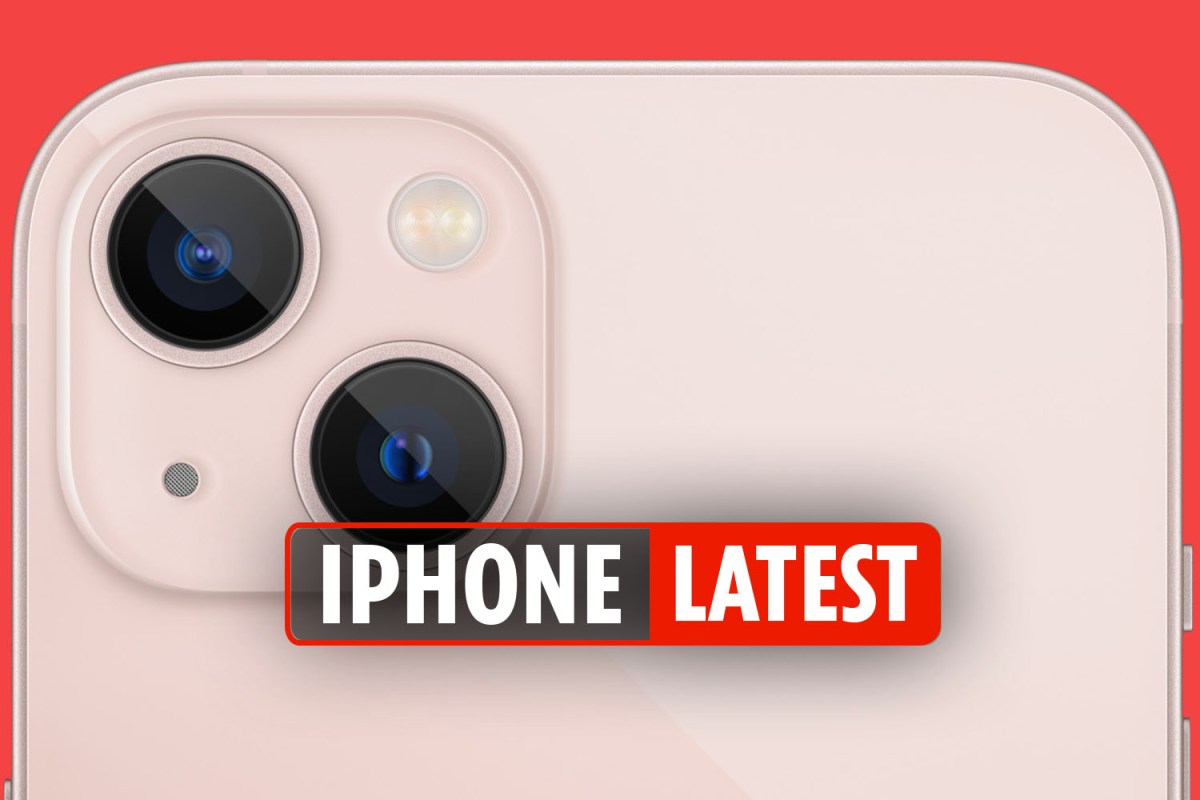 We’re quickly getting a better idea of what the new iPhone 14 will look like, so here’s a round-up of the most important leaks and rumours.

The iPhone 14 is Apple’s next big smartphone – we think.

As always, we can never say exactly what Apple’s plans are, but we’re expecting a major new iPhone entry in late 2022.

That’s because Apple does roughly the same thing each year when it comes to iPhone.

And in 2022, we’re expecting some significant improvements, after Apple only made smaller changes moving from iPhone 12 to iPhone 13.

Experts think that means Apple is plotting a big move for the iPhone 14.

iPhone 14 release date – when is the next iPhone out?

Importantly, Apple is a creature of habit, sticking to an obvious pattern for iPhone releases each year.

The big launch event always takes place in September, and generally falls early on in the month – on a Tuesday or Wednesday, typically.

That would be followed by iPhone 14 pre-orders on Friday, September 16.

We’ll find out about the Apple event the week before it’s due to take place.

And remember: Apple may also hold an additional event in October or November for other gadgets.

Of course, we can’t guarantee any of these dates – but they’re the most likely.

Apple could also shift the whole pattern a week earlier, hosting an event on September 6 or 7 with a September 16 release date.

But we think the slightly later event is far more likely.

Apple usually announces its event around a week before it’s due to take place.

So we’d expect the event to be confirmed on September 6 or 7 this year.

We won’t find out exactly what the iPhone 14 will look like until much closer to launch.

And even then, we could still be a little in the dark – some iPhone news is always a surprise on the night.

But we’re already hearing trickles of information about the mystery mobile.

Apple is said to be finally removing the “notch” at the top of the iPhone – offering a full-screen front for the first time.

It’s part of a rumoured makeover of the iPhone that will make it look drastically different from 2021’s model.

The design reportedly includes a pill-shaped hole on the front of the device for a selfie camera.

And long-time Apple leaker and Bloomberg journalist Mark Gurman has said the same.

Ming-chi Kuo has also said that the high-end iPhones in the 2022 range will use a 48-megapixel sensor for the main camera.

According to Mac Rumours, Kuo thinks this will allow impressive 8K video capture.

The analyst also thinks the notch on the front screen of iPhones will get smaller and by 2023 it may have disappeared.

The selfie camera, necessary for Face ID, may be hidden under the screen.

Another of Kuo’s theories is that screen size options of the iPhone lineup will decrease by 2022.

We might not see an iPhone Mini offering as we have done in previous years.

Apple isn’t thought to be impressed with how well the Mini range is selling but may still include a version in its 2021 iPhone lineup.

It’s thought the 6.1-inch and 6.7-inch screen sizes are here to stay for the foreseeable future.

Kuo has previously suggested that we may see under-display fingerprint scanners in future iPhones.

We know some things about the new iPhone for sure.

And we’ll probably get a new A-series chip built by Apple, offering a performance boost – just like with every previous iPhone generation.

iPhone 14 price – how much will the new iPhone cost?

In the US it’s stayed flat, while Brits have enjoyed small discounts on some models.

Here’s how iPhone Pro pricing has changed over the past two years in the UK:

And here’s how iPhone Pro Max UK prices have fallen:

The iPhone 13 price for the UK and US is:

And the iPhone 13 Pro price for the UK and US is:

So expect similar or identical pricing for the iPhone 14.

Apple appears to have found a sweet spot for its four models, so we don’t expect any wild departures from these price points.

In other news, Google Chrome users have been urged to delete their browser.

And take a look at your hidden Facebook rejection folder.