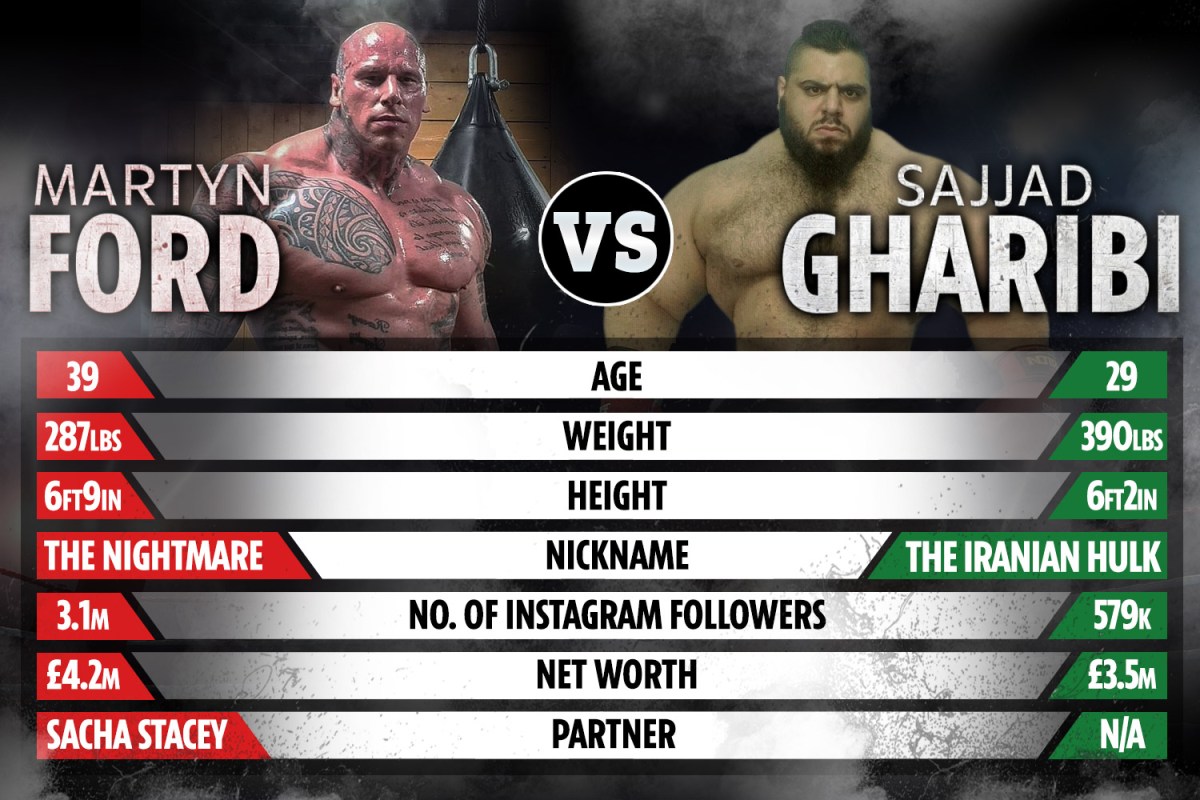 THE Iranian Hulk Sajad Gharibi is set to fight the ‘World’s scariest man’ Martyn Ford in a massive showdown.

Ford and Gharibi have been training intensely for the fight, set to take place in London, with an expected crowd of 20,000 people.

Sajad Gharibi has previously vowed to fight ISIS, and previously went viral on social media, largely due to his enormous physique.

Standing 6’2″ tall, Gharibi weighs an incredible 28 stone – mostly muscle – and has amassed over 450,000 followers on Instagram. But, he does have a height disadvantage, as Ford stands at 6’8″.

Set to take place at London’s O2 Arena on April 2, Martyn Ford has promised that he is training to knock out the Iranian Hulk, and is currently training amongst the best in the world.

And the evening has got even more interesting as Man Utd legend Patrice Evra has announced that he will be appearing on the undercard.

What channel is Iranian Hulk vs Martyn Ford on and can it be live streamed?

The full undercard for Gharibi vs Ford has yet to be fully confirmed but it’s expected to be a night filled with prospective talent, ex Love-Islanders, and Champions League winner Patrice Evra.

Ford said: “For those who doubted I was taking this seriously, when I say I am 100% in. Sparring with literally the best in the WORLD. It doesn’t get any more serious than that.”

“I’m here to learn, to develop, to become the BEST VERSION of ME possible, and more than anything ….. to excite the world when I step in the @theo2london on April 2nd …. I will be READY.”

“So we are four five hours a day training at the moment and then rehab three times a week. I also have physio every week keeping me going forward really and making that transition into lifting weights.”