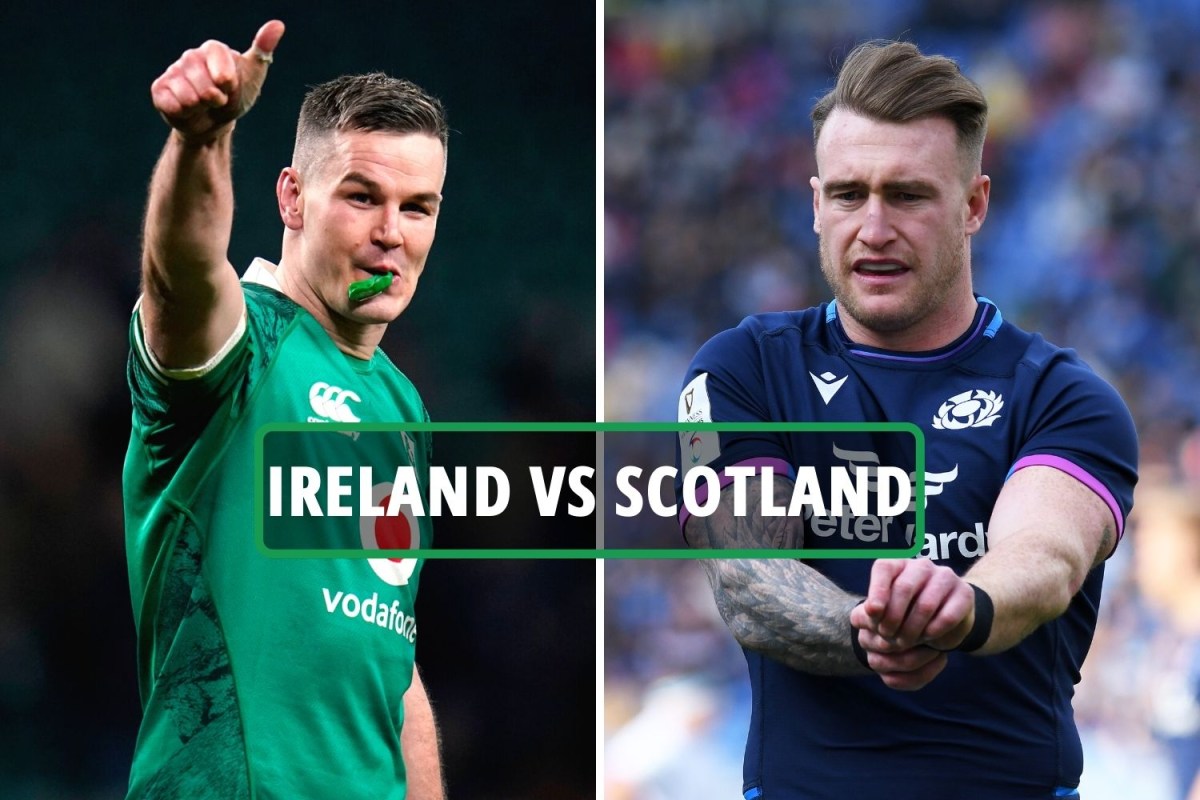 IRELAND host Scotland as they look to swipe the Six Nations title from under the noses of France.

The Irish will be looking for victory over the Scots and will then have to hope from a favour from England, who play in Paris in the late kick-off.

Ireland made hard work of defeating the English last week as they struggled for over an hour against 14 men before two late tries secured a professional 32-15 win.

Scotland have two wins and two defeats so far but have not hit the heights that may have been expected after their opening day win over England.

But they will have their work cut out against the Irish, who they have an atrocious record against.

What time does Ireland vs Scotland rugby kick off?

What TV channel is Ireland vs Scotland rugby on and can I live stream it?

Can I watch Ireland vs Scotland rugby for free?

James Ryan has been ruled out of this match due to a head injury sustained from a tackle which saw England’s Charlie Ewels sent off last week.

Ryan Baird would have been the man most likely to replace James Ryan, but he’s out with a back injury.

Ross Molony and Joe McCarthy have been called up to Andy Farrell’s squad as a result.

*Odds from Betfair correct as of Wednesday, March 16