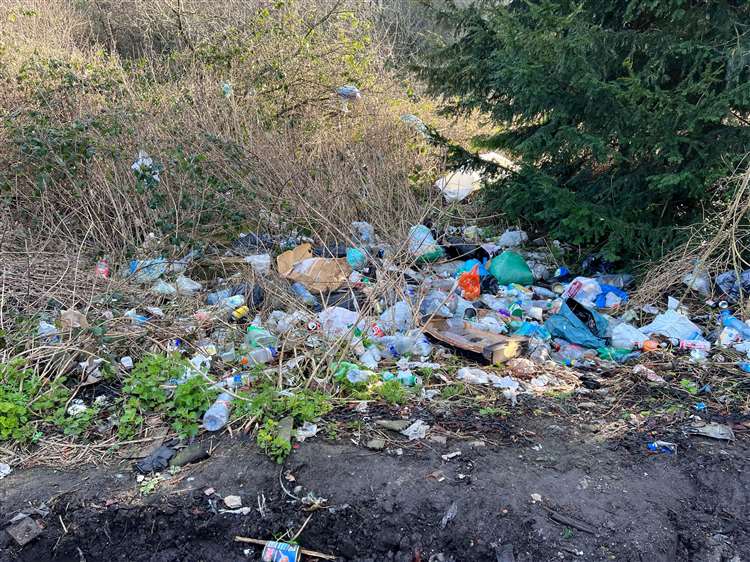 A layby in Kent covered in mounds of rubbish could be the dirtiest in Britain after being labelled an “embarrassment of filth”.

Bottles of urine, tyres, plastic bags and food packets have been piled alongside the Ropersole layby off the A2 near Barham in Kent.

The littered layby was slammed as an “absolute disgrace” by Liberal Democrat councillor for Canterbury South, Mike Sole, who captured footage of the mess earlier this week.

Broken bins have left commuters unable to throw away their rubbish, meaning trash has simply been thrown alongside the road.

Mr Sole, who uploaded the footage to Twitter, tweeted: “The Ropersole lay-by on A2 is an absolute disgrace. Litter, bottle of urine and other waste litter the area.”

He claimed Canterbury City Council, which is the local authority in charge of the area the dirty layby falls under, is “failing to get a grip on the problem”.

“This layby has been abused by lorry drivers as a tip,” he said in the video, adding that it was an “embarrassment of filth”.

A Canterbury City Council spokesperson said: “We are aware of the concerns at this location.

“Matters are complicated due to some land ownership issues, which we are looking into and trying to resolve.

“But we will be installing new litter bins as soon as we can which we hope will start to improve the situation.”

UK Times revealed last year that waste dumped by the sides of the roads is costing the economy £1billion a year – 55% more than in 2015.

UK Times also revealed all the areas where you can be slapped with a £150 fine for littering.

But some councils are hot on dishing out fines to crackdown on litterers, some authorities have issued NO fines for rubbish makers.

While fly-tipping is a serious criminal offence for which you can be prosecuted.

The courts have various powers available to them to tackle fly-tipping, including imprisonment, unlimited fines and an order to deprive rights to a vehicle used to commit the offence.

In extreme cases, a fly-tipper can be fined of up to £50,000 – or even more if the case goes to the Crown Court, an offender can even be sent to prison.