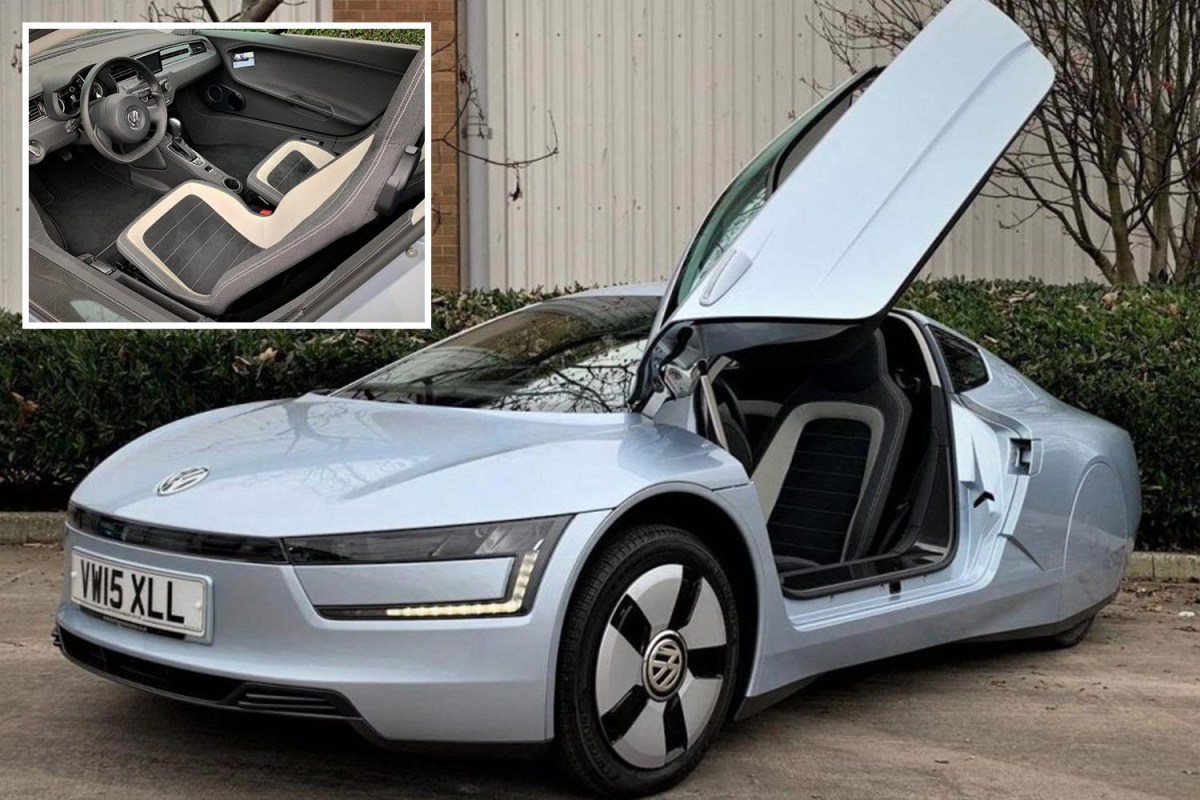 A FUTURISTIC Volkswagen dubbed the world’s “most fuel-efficient motor” has emerged for sale.

The rare car can achieve an incredible 313 miles per gallon (mpg) – more than six times the 50mpg efficiency of the average car.

Made in 2015, the XL1 is one of just 200 vehicles ever made using the cutting-edge hybrid technology.

The two-seater has covered just 312 miles in the last three years – meaning it’s used less than a gallon of fuel in its lifetime.

The breathtaking fuel efficiency is made even more impressive when compared to everyday VW vehicles.

A Passat family saloon is expected to reach between 45mpg and 76mpg, while a standard Golf hatchback should be the region of 53mpg and 69mpg.

The XL1 can achieve more than four times even the best of those figures, leading the German car giant to believe it’s the most economical vehicle ever made.

A similar size to the VW Polo hatchback, it can be powered using either a 27bhp electric motor or a two-cylinder diesel engine which develops 48bhp.

The two units can also be used alongside one another allowing for the maximum fuel efficiency of 0.9 litres per 100km (68miles).

The “super-aerodynamic” vehicle is to sell with Silverstone Auctions of Warwicks on January 12.

Steven Keen, classic car specialist at Silverstone Auctions, said: “From concept to a very limited production of just 200 cars, the Volkswagen XL1 is a super-efficient vehicle, demonstrating just what can be achieved using state of the art technologies.

“It’s a great addition to any car collection or can just be used to turn heads on the commute to work while achieving 300+mpg.

“Showing just over 300 miles and presenting in as new condition, enthusiasts will love this and the rest of the selection of race, classic and sports cars on offer at the auction.”