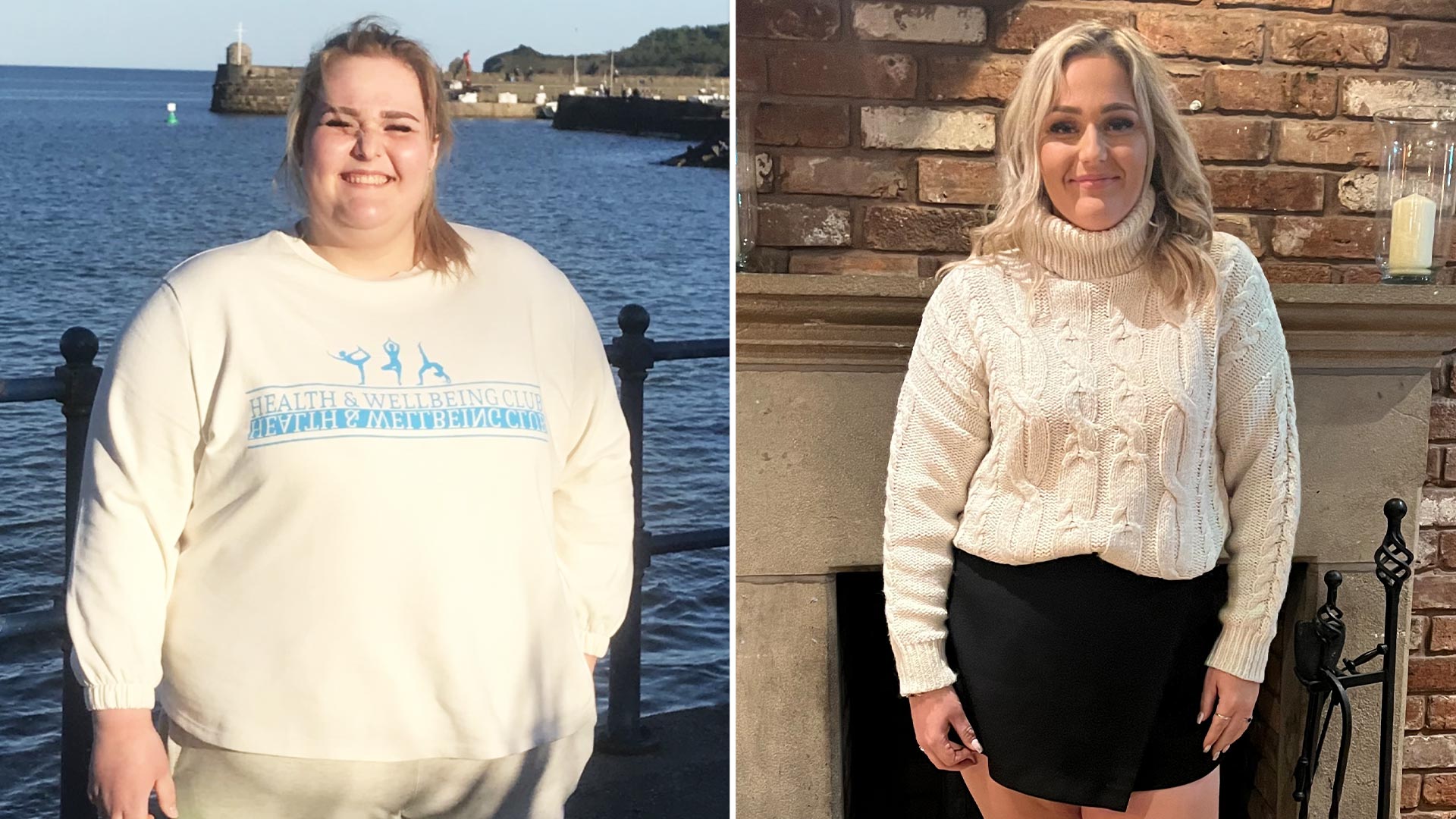 “Standing on the Cornish seafront, I stared out across the water, tears rolling down my face.

“My dad had shown me a photo he’d just taken of me, and I couldn’t believe that was what I looked like.

Aged 20 and 5ft 8in, I weighed almost 23st – and looking at that photo, it hit me for the first time how overweight I’d become.

Despite never being given lots of sweets or junk food, I was always a big child, and from around age seven I was very aware I wasn’t like other girls.

As I got older, I felt like there was something wrong with me, so I began secretly bingeing on crisps and chocolate.

It became a vicious circle of self-loathing and overeating. 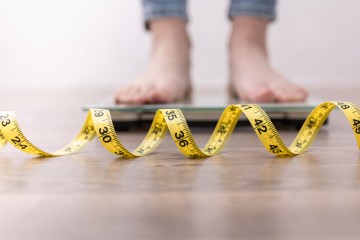 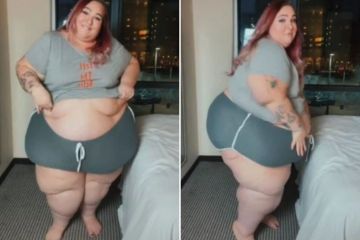 Any time my mum Mandy, now 58 – who must have suspected what was going on – gently asked if I was OK, I’d shut down.

By the time I was 14, I was wearing size-18 women’s clothes. I had good friends, but never a boyfriend, and while other girls dressed in jeans and crop tops, I hid under baggy tracksuits.

In 2016, I left school to study childcare at college and my secret bingeing escalated.

The bigger I got, the more reclusive I became, and I lost friendships because I stopped going out.

Things got even worse in 2018, when I started working at a local nursery and would spend almost all my wages on food.

At lunchtime I’d eat a packed lunch, plus an extra sandwich, crisps and three chocolate bars, then stop at McDonald’s on the way home for two cheeseburgers, before an evening meal of meat and veg with Mum and my dad Chris, 60.

Later, in my room, I’d scoff huge amounts of crisps, biscuits and chocolate, hiding the packaging down the side of my bed.

Once a week, I’d sneak the wrappers out and put them in a neighbour’s bin.

Well aware how unhealthy my binge eating had become, I tried diet after diet, including WW, Slimming World, SlimFast and tea diets, but I could never stick to any and would soon fall back into my old habits.

Then in summer 2021, I was on holiday in Newquay, Cornwall, with my parents when that photo finally pushed me to do something.

That night I cried to Mum that I wanted gastric surgery – because I had so much weight to lose, I didn’t think there was any other option.

Mum told me about her cousin, who’d lost 4st on the 1:1 Diet by Cambridge Weight Plan.

The bigger I got, the more reclusive I became, and I lost friendships because I stopped going out.

Reluctantly, I agreed to give it a go for six weeks before I looked into cosmetic options.

The first week was hard, as my body craved its usual sugar hits instead of what I was eating on the low-calorie, meal-replacement plan – things like porridge, salad and fruit.

Yet by the end of those six weeks, I’d lost 11/2st and felt motivated to keep going.

On New Year’s Eve, I even got dressed up in a blazer and jeans and headed out with my friend Lauren, no longer wanting to hide away in my bedroom.

That night, when a guy walked up to us at the bar, I assumed he wanted to chat up Lauren, but he actually wanted to buy me a drink.

His name was Alfie and he was a 20-year-old salesman.

We started dating and a month after meeting I showed him photos of me at my biggest, because I wanted him to understand the journey I was on.

While he was stunned, he said he felt like he’d struck gold meeting me.

In May this year I joined a gym, where I work out regularly and also see a personal trainer once a week.

I used to get tired just walking up the stairs at home, but now I enjoy going on six-mile walks!

In August, Alfie whisked me away for a romantic weekend in Barcelona and it felt surreal to be on a mini-break with my boyfriend, wearing shorts and vests.

For so long I’d believed I’d be single, overweight and secretly binge eating in my bedroom forever.

These days, I might be half the woman I used to be, but I’m so happy that I finally changed my life for the better.”

According to the NHS, around two-thirds of Brits aged 16 or over are overweight or obese.

Singer Adele lost 7st in two years, after her divorce from ex-husband Simon Konecki in 2019.