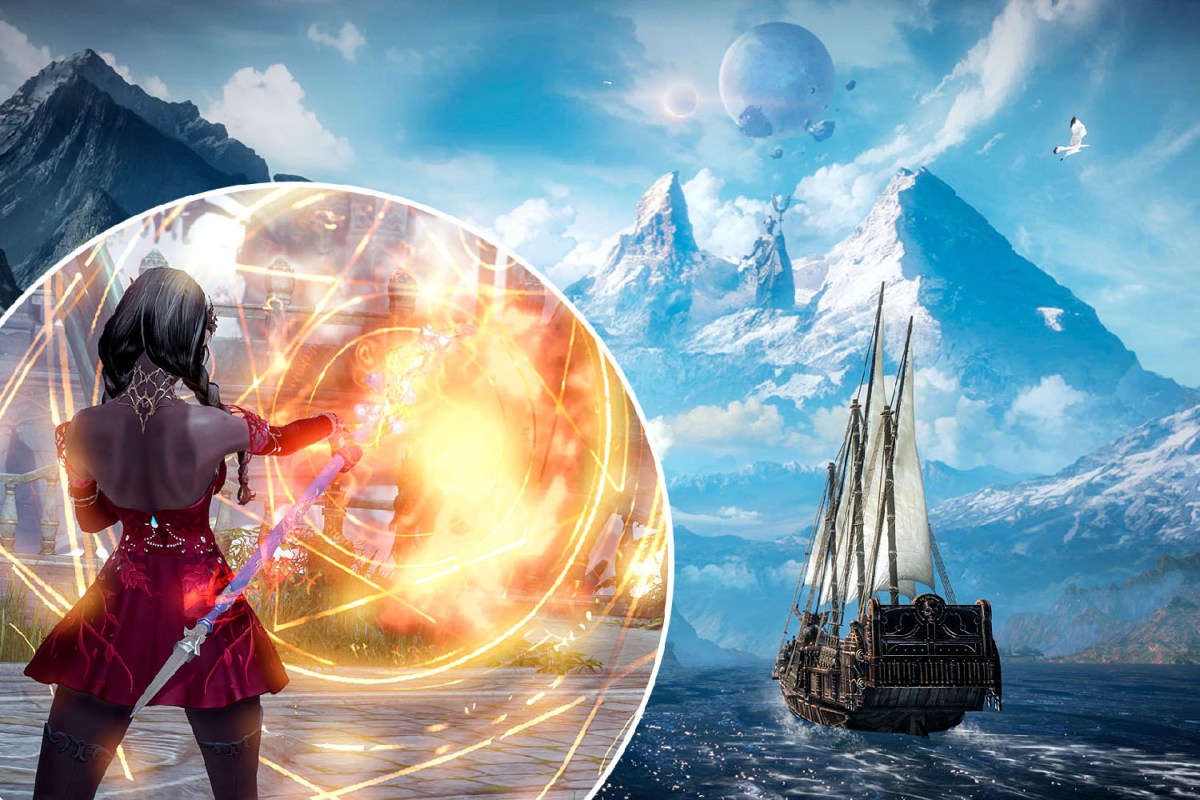 I’VE spent over 100 hours in Lost Ark since it came out in early February – and I don’t regret a moment of it.

Well, maybe a few of the hours spent sitting in virtual queues to play.

Those queues have settled down, thankfully.

Lost Ark isn’t actually new – it came out in South Korea in late 2019.

But the western release wasn’t until a few weeks ago.

The fact is that it’s in better shape than many new games, simply because it’s not technically a new game.

Lost Ark is an MMORPG at its core: you go on quests, explore a vast world, and level a character that gets stronger over time.

But it’s also a 2.5D top-down game, much like Diablo – and will feel vaguely familiar to League of Legends players too.

MMOs don’t typically use the 2.5D format, which gives it freshness for long-time players of the genre. World of Warcraft, this ain’t.

The main story up until level 50 doesn’t take too long.

It certainly felt faster to me than finishing the Final Fantasy XIV base game.

Of course, there’s plenty more to do once you hit level 50 too.

You can continue the main story quest, but it’s gated behind various gearscore caps.

Gearscore is the main method of progression in the game.

The entire PvE experience is about getting that number as high as possible.

For instance, when you hit level 50 and the first chunk of story is done, you’re then tasked with moving from a gearscore of around 260 to about 460.

Only at the point can you move on to the next zone (Rohendel) to enjoy more questing.

That continues, with more story and new zones unlocked as your gearscore rises.

The story is varied and fun: there’s great variety to zones, with classical fantasy areas interspersed with sci-fi locales.

You might be slaying a dragon in a castle one minute, only to be working in-game as a journalist in a futuristic cyber-city the next.

To progress your gear, you’ll spend lots of time doing a variety of end-game dungeon-style activities.

Chaos Dungeons are effectively wave-clears, while Abyssal Dungeons are more akin to a World of Warcraft instance.

And then there are Guardian Raids, which are individual boss fights that are usually set to a 20-minute completion timer.

Chaos Dungeons are quite easy, but many of the raids and Abyssal Dungeons require you to learn tactics – and work with teammates to carry out a strategy.

You have the option to solo scaled-down versions of the content, or play in groups of 2, 3 or 4 people.

The Tower, however, is always solo. Each floor has a single challenge that you must complete, and it gets harder as you climb.

All of this end-game content produces rewards, generally allowing you to progress your gearscore.

Gear is improved through a reasonably complicated system of gems, “honing” items, transferring stats, and moving up tiers.

Once you get the hang of it, it’s fine. But a lot of Lost Ark’s systems can feel more complicated than perhaps they need to.

Still, whether it’s a short route or a long route, there are few better feelings in an MMO than boosting your gear. That’s still true in Lost Ark.

I’ve played three classes, but there are 15 to choose from.

My main levelling class to 50 was a Bard, which is a mage support.

It’s very offensive (almost like a battle-healer, but without the healing), while support abilities tend to focus on boosting damage output for the team, or providing temporary shields.

Since then, I’ve mostly switched to playing a Sorceress (the other mage class, but full damage) and Shadowhunter (a bit like Demon Hunter in World of Warcraft, switching between regular damage and a more powerful demon form once you have enough combat resource).

The game is friendly to alts – much is shared, including your cashpile and many collectibles.

All of the classes feel fast paced, have satisfying abilities, and feel like they make a real impact on every fight.

Some classes are better than others, and certain choices will be harder to pick up and play.

But there’s something for everyone.

But you can level up collection abilities like logging or mining – and then use vendors or your personal Stronghold island to create items using them.

The Stronghold can be accessed at any time, is very customisable, and effectively serves as a player-owned house.

There’s a big sailing element to the game.

Accessing a new continent requires building a ship and sailing to it – with plenty of hazards along the way.

But this also creates the opportunity to discover strange and mysterious islands, often with their own rich questlines.

You can rush through the game, or take your time and explore every nook and cranny.

But it’s cleverly done – because PvP isn’t strictly tied to your level or gear.

When you go into a PvP deathmatch, you’re automatically scaled to max level.

You get a pool of stats to assign, so power is standardised.

And you can create various builds for skill points, depending on how you’d like to play that specific game.

It means there’s no inherent gear advantage in PvP – everyone is on equal footing.

That’s different to a game like World of Warcraft, where acquisition of gear makes a huge difference in PvP.

I like Lost Ark’s system, because you can dive right in and play PvP with an arduous ramping-up process.

Some players say it’s “pay to win”, and certainly you can spend money to speed your gearing process up.

But you can have loads of fun – and make brilliant progress – without spending any money.

And PvP is standardised anyway, so gear doesn’t matter.

The world is rich and well-realised, NPCs of all types are slickly built, and graphical fidelity is fantastic.

You could easily have hundreds of hours of fun without paying a penny. If that’s not a mark of a good game, what is?

I’m not sure whether the endless grind will be too repetitive in the long run.

But it’s a captivating game, a thrilling world, and shows that there’s still fun to be had in the well-worn MMO genre.

It’s better than FFXIV and World of Warcraft in some ways, and worse in others.

What’s great is that there is so much choice – and on some many different price options – in the MMO world right now, so you really can play how you like.

Lost Ark is a great addition to that line-up, and should be your go-to during content dry-spells in your other favourite MMO.

UK Times says: Lost Ark is fast, fun and free, with endless content to work through and an enjoyable story to boot. Occasionally over-complicated and grind, but overall a joyous ride. 4/5

In other news, Google Chrome users have been urged to delete their browser.

Check out the best iPhone 13 deals.

And take a look at your hidden Facebook rejection folder.