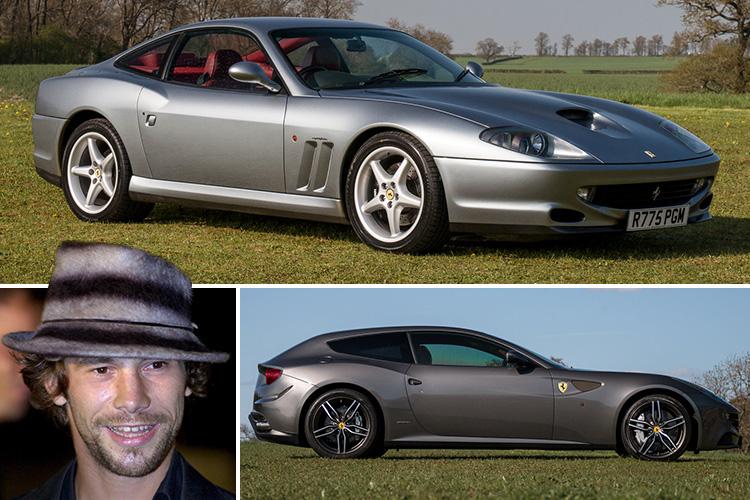 JAMIROQUAI frontman Jay Kay is selling two of his Ferraris – including his first ever supercar.

The petrolhead rock star, 48, has owned dozens of interesting cars over the past 20 years, ranging from Minis to Maseratis.

He also owned the Lamborghini Diablo from his Cosmic Girl hit but this Ferrari is what he considers his original supercar.

The immaculate motor is in a gunmetal grey with a red leather interior.

It has been driven just 13,980 miles over the past 20 years and is expected to sell for £160,000 when Silverstone Auctions sell it on May 18 at its Ferrari Owners’ Club GB sale.

Jay Kay’s 550 Maranello will be sold alongside his 2011 Ferrari FF – the iconic Italian firm’s first ever four-wheel drive car.

Unlike most Ferraris, the FF has rear seats and a large boot and was partly designed so customers could have a ‘Prancing Horse’ they could drive to the Alps in for a skiing holiday.

The FF has been given a guide price of £135,000 ahead of the sale at Silverstone.

“Both are of outstanding calibre and fantastic additions to our very exclusive, inaugural Sale of Ferraris.”

“This auction is all about the best of Ferrari and is the only Ferrari-dedicated sale taking place this year in the UK.

“I encourage any serious Ferrari collector to contact Silverstone Auctions to arrange viewings of the incredible selection on offer.”