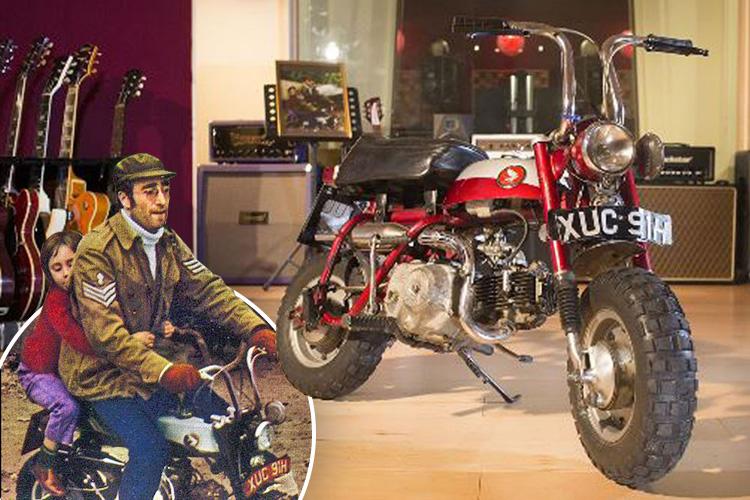 JOHN Lennon’s legendary motorbike has been sold for a record-breaking £57,500.

The mini trail bike went under the hammer at the National Motorcycle Museum in Bickenhill, Solihull yesterday (Sunday).

The red Honda roadrunner was expected to reach £30,000, but sold for almost double that estimate.

The late singer used the Honda Monkey-Trail Z50A bike to get around his 72-acre Berkshire estate where he lived during the break-up of The Beatles.

He famously rode the bike, which had a top speed of 25mph, around his Tittenhurst Park estate in Ascot, a Grade-II listed Georgian country house he shared with Yoko Ono between 1969 and 1971.

Mark Bryan, Head of Sales for H&H Classics Motorcycle Department, said: “Naturally we were thrilled to be entrusted with the marketing and sale of this bike, given its extraordinary provenance. So to achieve this price is hugely satisfying.”

Scene of John Lennon in 1967 war movie How We Won The War.