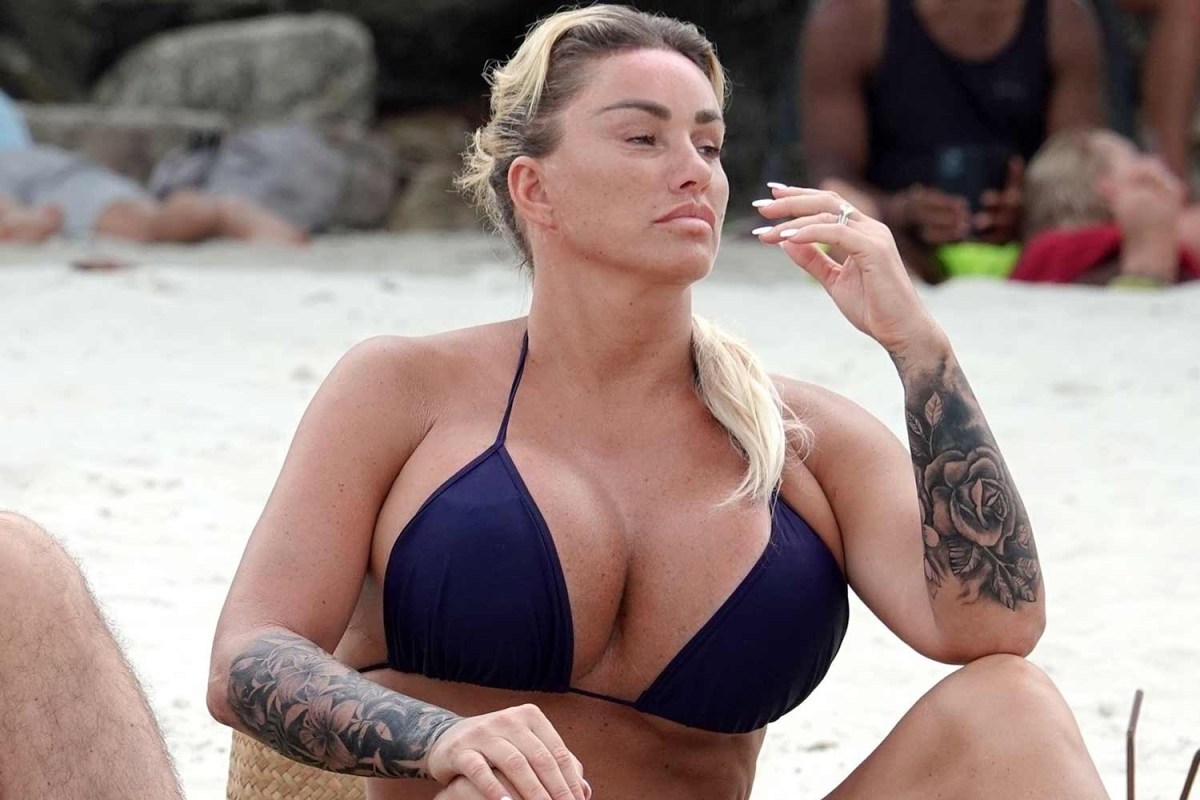 KATIE Price’s new tattoos cover up a host of previous inkings – including tributes to her children and Carl Woods.

The 43-year-old star, who is in the luxury resort island of Koh Samui, Thailand, has had a massive tattoo sleeve inked on her forearms.

She has had two inkings on her five-star trip to Thailand – the first of which covered her forearm in flowers in what is thought to be a tribute to her terminally ill mum Amy.

But the former glamour model has now got a second sleeve on her left arm, which covers up tributes to her kids Harvey, 19, Junior, 16, Princess, 14, Jett, eight, and Bunny, seven.

Prior to the new inking, Katie previously had her and Carl’s nickname “Priceywoods” inked on her arm and a charm bracelet with the initial of each of her five children.

The new body art also covers an inking of Carl’s name which dangled underneath the bracelet tattoo.

New pictures show her lying back in the chair in a very tight white top while the artist gets to work – with a shocked expression on her face.

The outlines of flowers and leaves were seen beside a crown on her wrist that once sat below the name of her ex-husband, Peter Andre.

It once said ‘Pete’ surrounded by hearts but was then crossed out and later covered with a picture of a rose after the split.

The inking, which cost around £180, appears alongside a garter belt on her thigh, a bow above her bum and a crown on her right hand.

The other, which covers the skin between her wrist and elbow on her left arm, shows a galloping unicorn.

Pictures also show former Love Island star Carl looking away as he gets a tattoo of his own, which appears to show the Joker from Batman.

Above a snarling face, the words “Why so serious?” are pictured ready to be filled in by the artist.

The star said last week her latest boob job was her 24th breast procedure – having had her first back in 1998 when she went up to a C cup.

She told fans the implants for the biggest ever were in a safe back in the UK and were “for sale for a million pounds”.

Katie is covered in tattoos – she also has a large picture of Carl’s face to match the one he has of her calling it “more than a tattoo – it’s a tribute to each other”.

The tattoo comes after the star revealed her large new boobs in a series of eye-popping pictures.

She was seen lounging on a boat in a bikini top with her 33-year-old boyfriend after her 14th boob operation.

Katie and Carl have shared glimpses of their trip to Koh Samui, a Thai island famous for its palm-fringed beaches. 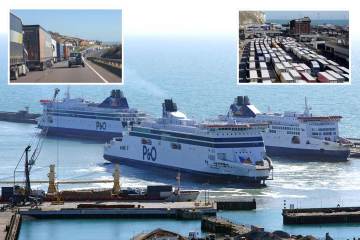 The pair were seen kicking back beside a sparkling blue ocean as she enjoyed a drink from a coconut.

In December, Katie underwent liposuction, had fat removed from her bum, and had a breast lift at the BeClinic in Brussels.