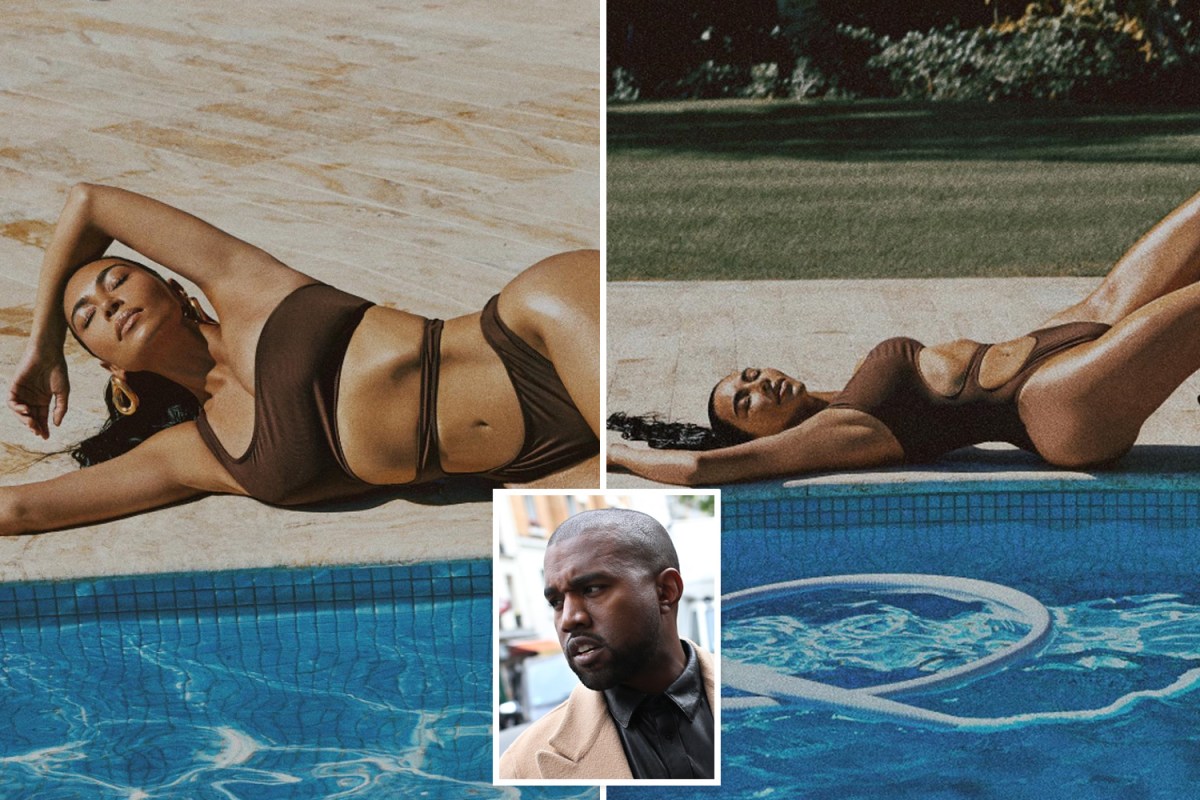 KIM Kardashian showed off her curves in a sexy cut-out swimsuit and heels as she modeled her new SKIMS Swim line.

The KUWTK alum, 41, looked incredible as she lounged by a pool in the raunchy shoot.

Kim displayed her toned physique in a dark brown one-piece with cut-outs at the stomach and lace-up heels.

She lay by the side of a pool with her arms behind her head and her face angled towards the sun in the sizzling images.

After Kim moved on with Pete Davidson in late 2021, Kanye has called the comedian a “d**khead,” threatened to “beat his a**,” and accused him of attempting to “destroy” his family. 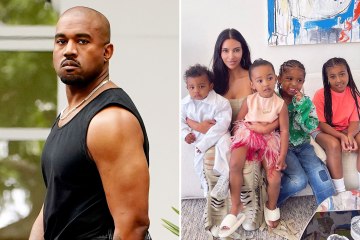 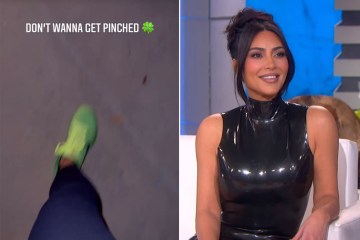 Kanye even “kidnapped and beheaded” Pete in the animated music video of his song Eazy; a project which he has defended.

On Wednesday, the rapper claimed he is concerned that Pete will get Kim “hooked on drugs” as he has been in and out of rehab.

Kanye captioned his post: “Im really concerned that SKETE will get my kids mom hooked on drugs He’s in rehab every 2 months.”

The latest chapter in their personal war began simply enough, with the Saturday Night Live star apparently reaching out to the rapper.

Pete then mentioned the TV star and wrote: “Kim is literally the best mother I’ve ever met.

“What she does for those kids is amazing and you are so f**king lucky that she’s your kids’ mom.”

Kanye countered: “Oh you using profanity. Where are you right now?”

Pete replied: “In bed with your wife,” along with a selfie showing him lying on a bed.

Pete has struggled with drug addiction from a young age, using marijuana as a coping mechanism for loss and trauma.

In 2017, he checked into rehab after having a mental breakdown which he attributed to drug use.

That year, he was diagnosed somewhere between bipolar disorder and borderline personality disorder, on top of suffering from Crohn’s disease.

Kim filed for divorce from Kanye back in February 2021 after nearly seven years of marriage.