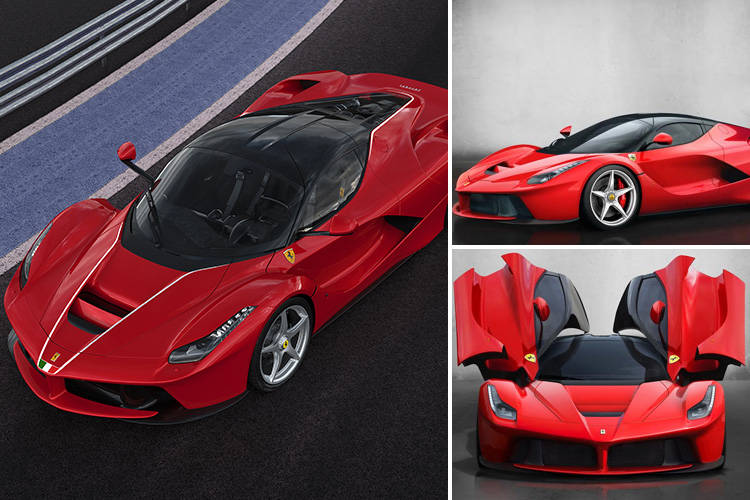 A ONE-OF-A-KIND Ferrari, expected sell for over £5million, will become the world’s most expensive new car this weekend when it goes under the hammer in aid of Italian earthquake victims.

The LaFerrari is the manufacturer’s fastest ever road-legal model – boasting a hybrid engine that gives it a top speed in excess of 217mph.

Just 499 of them were made and were quickly snapped up by petrolheads including Jay Kay, Gordon Ramsay and Chris Evans for around £1million.

But the manufacturer has now built a special five hundredth model which is being auctioned this weekend to help the people of Italy affected by the devastating earthquakes this year.

It has a unique livery and interior, designed as a tribute to Italy, with a special plaque to commemorate the occasion.

It will be sold by RM Sotheby’s on December 3rd during the Ferrari Finali Mondiali weekend at Daytona International Speedway, USA.

Rob Myers, CEO and chairman of RM Sotheby’s, said: “It is an honour for RM Sotheby’s to be entrusted with the sale of this important car and to help raise significant funds for a desperate cause.

“The earthquakes which have struck Central Italy this year devastated the lives of thousands of people, and the money raised by the sale of this LaFerrari could not be put to a better use.

“The auction will be an historic event, and the generosity of Ferrari SpA will change lives in the areas most affected by the natural disaster.”

There is currently no guide price for the 950bhp LaFerrari, which is capable of 0-62mph in less than three seconds.

However, a secondhand LaFerrari changed hands in the summer for £4 million – with this model set to comfortably exceed it due to it being the last model and being sold off for charity.

It is likely to become the world’s most expensive new car.

The Koenigsegg One:1 is believed to have the highest asking price for a modern car, with one dealer offering a 2014 model with 7,100 miles on the clock for £4.8 million. However, it it still for sale.

Lamborghini has sold a number of Veneno supercars at an asking price of £3.35 million.

Ferrari made a similar gesture in 2005 with its previous halo car, the Enzo. They were only building 399 but built a 400th and gave it to the Pope.

It was then decided the car would be auctioned off to raise money for victims of the 2004 tsunami. The car sold for $1.1m and was sold again last year for five times this figure.