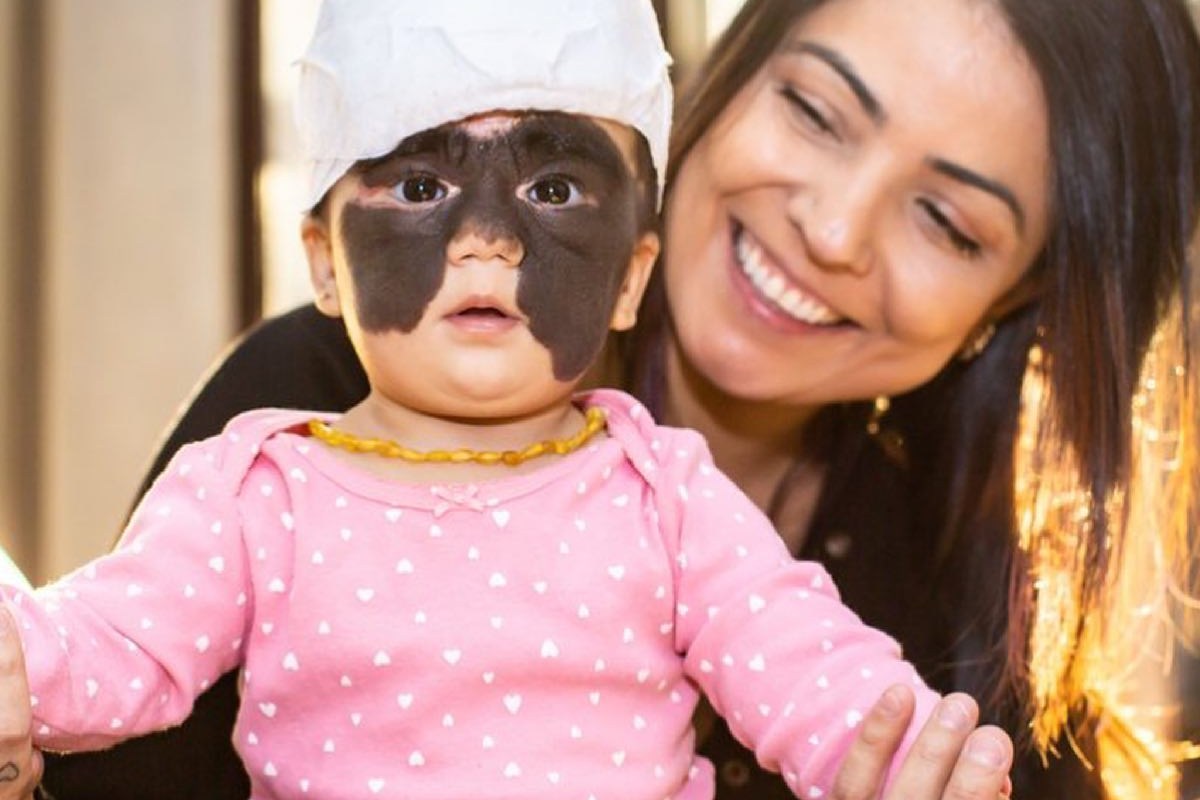 A LITTLE girl who was born with a Batman birthmark over her face can’t close one of her eyes after surgery.

Luna Tavares-Fenner, three, was given pioneering treatment in order to remove the birthmark which strangers cruelly remarked on.

Her parents Caroline Fenner, 37, and Thiago Tavares, 33, said they adored their “beautiful” girl.

But they said Luna had her “fair share of looks, stares, whispers and finger-pointing”, with one cruel woman calling her a “monster”.

They were also concerned about her increased risk of skin cancer, due to the type of birth mark she had.

For two years, the family travelled back and forth from the US, where they live, to Russia in order to get surgery from Dr Pavel Popov. 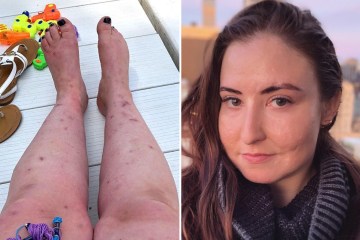 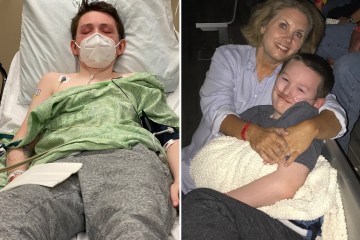 After six operations, Luna – who has made headlines around the world – had her birthmark removed.

However, she has not been able to close her left eye for six months, even to blink.

“However, it had the lasting complication that Luna is unable to close her eyes to sleep.

“She soon has to have corrective surgery to heal that as doctors believe she could lose her eyesight.

“We have been fundraising to raise the money to make that possible.

“We have also been selling Luna dolls which have been incredibly popular.

“My sincerest hope is that Luna recovers completely by the time she is enrolled in school and can start living a normal life.”

Luna is also unable to grow hair on her head where the doctor used the skin for graft.

The scarring on her face also needs repairs and she will need a few more surgeries before she has fully recovered.

But Luna herself is over-the-moon with the results and claims she is a “princess” now that her black spot is gone.

Luna was born with the condition congenital melanocytic nevus – a birth mark which had covered the majority of her face.

Caroline said: “I know Luna’s gonna suffer at the school. We have already had instances of children pointing at or avoiding her.

“We also receive messages like ‘you should kill your daughter because she’s this she’s that’.

“I was in a church with Luna one day and a child asked his mother what’s wrong with her face, and the mother just turned her face away and said Luna was a demon.

“It is this kind of prejudice we are trying to fight, in real life and on social media.”

It was Luna’s extra risk of skin cancer that drove her parents to seek treatment early on.

Her type of birthmark may give her an increased risk of the most serious type of skin cancer, melanoma.

Melanoma linked with these large birthmarks is difficult to treat and the survival rate is low, MedlinePlus reports. There is an earlier risk of it developing during childhood.

I know Luna’s gonna suffer at the school. We have already had instances of children pointing at or avoiding her

Caroline said she was faced with a tough decision to bring Luna over to Russia for expensive treatment called photodynamic therapy.

But she said: “I wanted to avoid the aggressive surgeries that I was seeing with the other doctors in the US.”

The life-changing sum allowed for their daughter’s treatment at a clinic in Krasnodar, a city close to Ukraine.

The treatment is said to work by doctors injecting an unnamed drug into a patient, which then accumulates in the birthmark and causes the tissue to die, with new and healthy skin growth beneath.

Caroline has recently written a book about the bullying her daughter has received and how it may affect children her age in the long term.

She said: “I started Luna’s Instagram page to document her journey for herself when she is older so she can see how she has grown and how beautiful she is.

“I did not realise it would reach the heights it did, but I am very grateful for the help and support we have received through social media.”

Although Luna has received her fair share of negative trolls, her story has also been a source of strength and inspiration for people around the world.

“Someone with Luna’s same condition reached out to me on Instagram,” Caroline said.

“They shared that having seen Luna’s story they had had the courage to step out of their house for the first time in four years.

“It is due to Luna that the knowledge of this condition has been shared far and wide and people are becoming aware of what it is and means.

“I know that there are a lot of crazy people there, but there are also a lot of other people with the same differences that need the same support.”