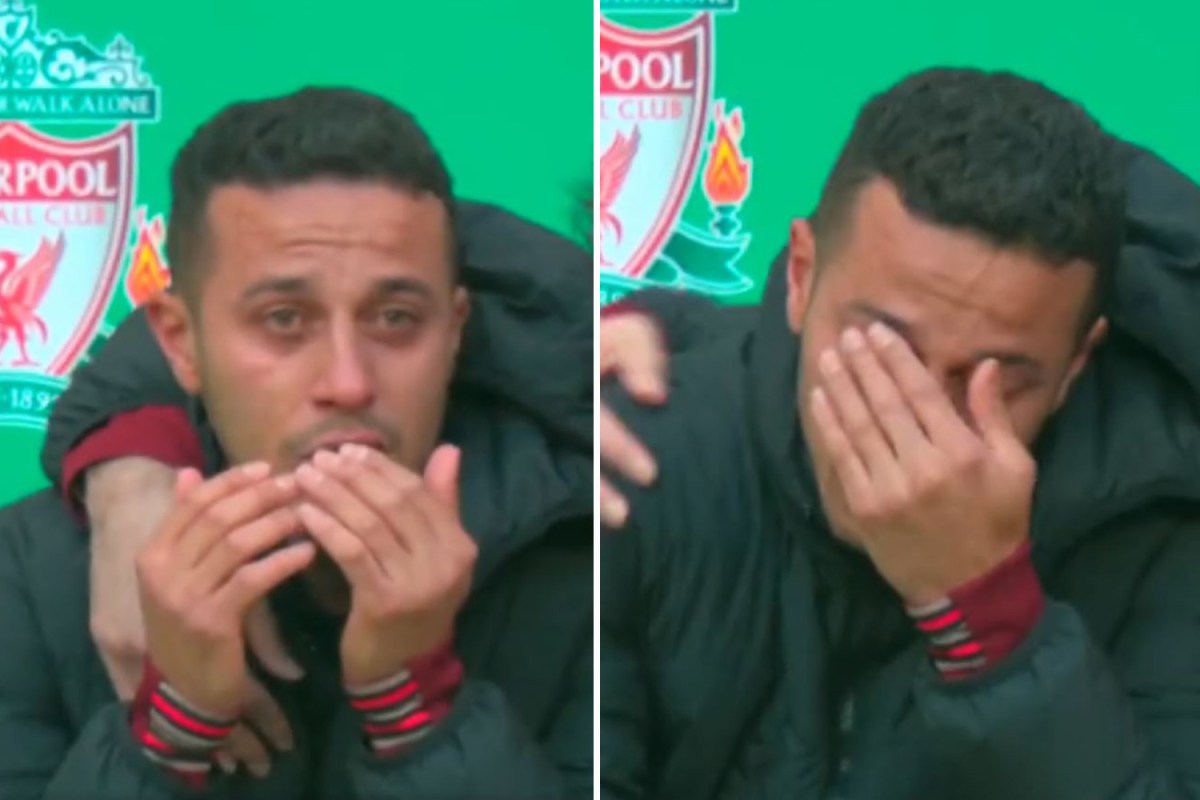 THIAGO was left in tears after injuring himself in the Carabao Cup final warm-up and missing the game.

The Spanish international was due to start in Liverpool’s midfield against Chelsea at Wembley.

But it was revealed he suffered a knock in the pre-match preparations and was replaced by Naby Keita.

Cameras were focussed on Thiago before kick off and showed Liverpool keeper Alisson comforting his tearful team-mate.

Fans online sympathised for the former Bayern Munich star, who has already suffered hip and calf problems this season.

One tweeted: “Heartbroken for Thiago, you can see how much he wanted to play.”

Another posted: “Thiago is crying. Absolutely gutted for him.”

One added: “I feel so sorry for Thiago though, being forced to sit out an important game for your team is sad.”

Another added: “Nah Thiago’s tears are too valuable.”

BETTING SPECIAL – GET TAYLOR TO BEAT CATTERALL AT 20/1

Thiago has missed 21 games this season and Liverpool boss Jurgen Klopp this week admitted keeping the playmaker fit is a problem.

He said: “I think we all agree, Thiago agrees, there were moments when he struggled injury-wise, that’s how it is.

“Then coming back, even with his quality it’s not that you can get rhythm all the time immediately.

“You can get rhythm, but not always immediately. It’s very helpful if you can stay fit for a longer period.

“It’s not so important if you play the first 60 [minutes], or the last 30, or 45 or whatever. We have to try to find the right intensity for him.

“Even when we work now longer together, obviously it’s still not ages and it’s not that we know absolutely everything.

“That’s why we try to – without keeping him outside when he’s ready to play – do the right things. That’s worked out now the last few games.

“That he’s a very, very good player, we were never in doubt about that. His skillset is insane.

“But it’s all about staying fit. That’s what we are working on together.”