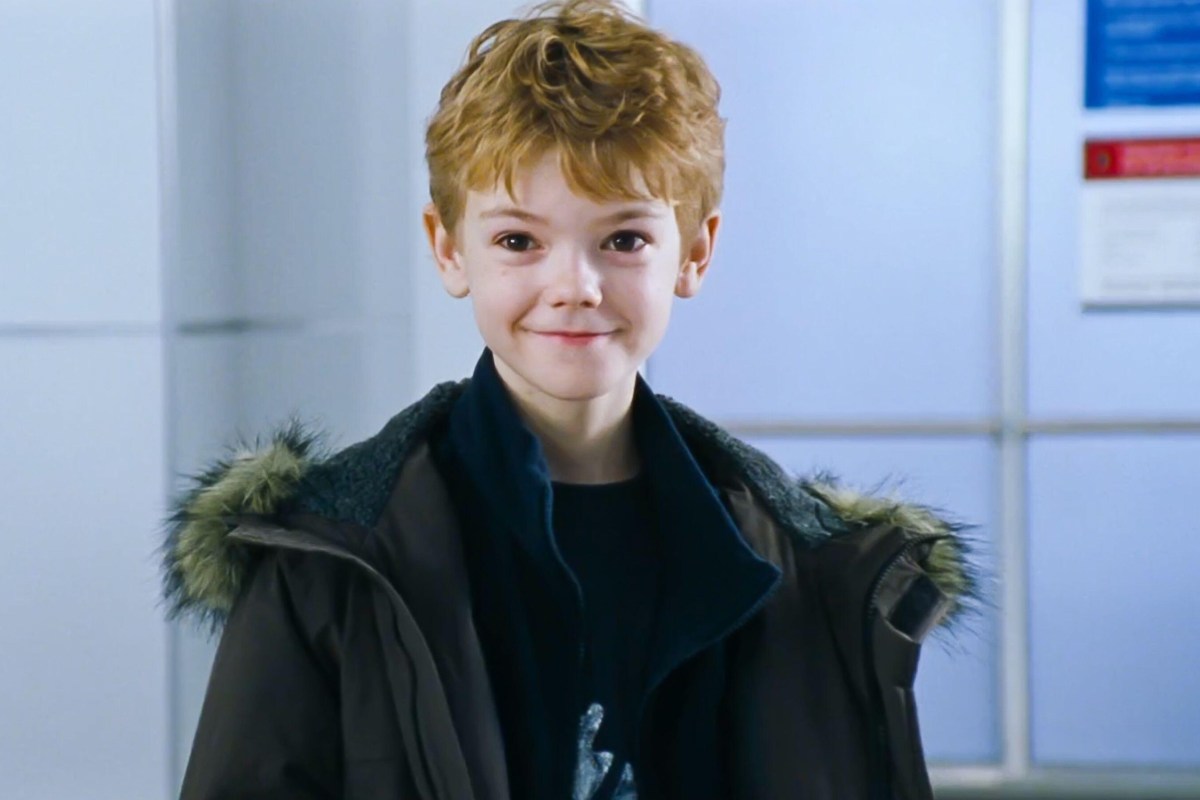 The actor, who famously starred in the iconic 2003 Christmas film, is now a fresh-faced 31-year-old with a glittering list of film and TV credits behind him.

Talented Thomas has had roles in Game of Thrones, Wolf Hall, The Maze Runner film franchise and Netflix series The Queen’s Gambit.

He dressed in a smart black suit for the Bafta Fundraising Gala supported by Bulgari and posed for pictures with tech billionaire Elon Musk’s ex-wife Talulah, 36.

The actress looked great in a shimmering green dress with its mix of horizontal and vertical lines catching the eye.

The pair shared sizzling eye contact as Thomas enjoyed a flute of champagne.

Last year Thomas reflected on his Love Actually role during an interview on This Morning.

He said: “It’s a strange life to lead, especially as a young person. But it was a life I always loved.

“It was a life of adventure. I guess I kept somewhat grounded and relied on my friends and school. I’m still riding the wave but we’ll see how it goes.”

Thomas played the role of Sam, Liam Neeson’s on-screen son who was desperately trying to win the affections of a girl in his class at school.

His character poignantly learns to play the drums to impress her after his mother died.

At the end of the film, he chases her through the airport on Christmas Eve to declare his love before she moved back to America and managed to bag himself a kiss on the cheek as a reward.

There were also some tear-jerking moments between Sam and father Daniel, as the pair struggle to come to terms with the loss of Sam’s mother.