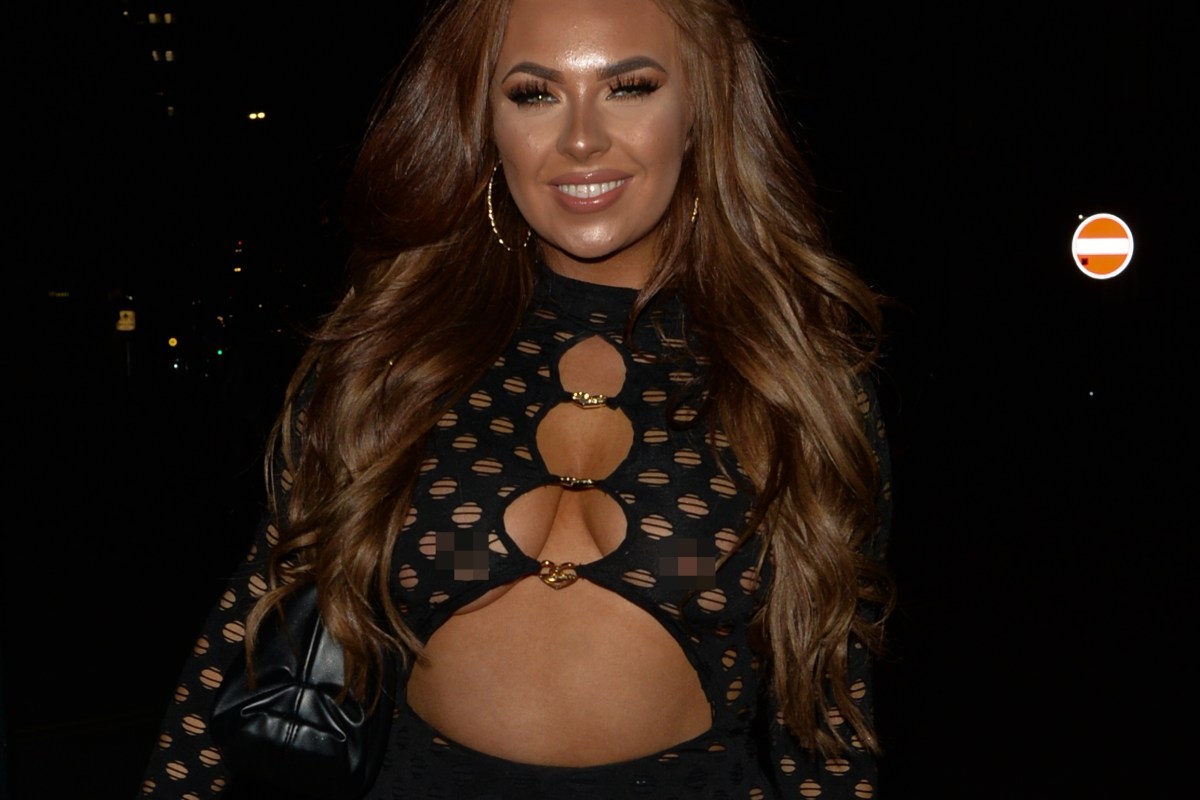 LOVE Island’s Demi Jones has shown music boss Miami what he is missing following their rumoured break up.

The Love Island star, 22, was snapped grinning and wearing a very revealing jumpsuit while out on the town with a female friend.

Demi’s eye-popping outfit was made of a mesh material with huge cutouts around her cleavage and tummy.

She even flashed her nipples as she headed towards MKNY HSE in London’s exclusive Mayfair for dinner and drinks with her gal pal.

The new snaps of Demi come amid reports that she has broken up with rumoured boyfriend Miami.

Last week, Demi took to Instagram and fuelled the split whispers with a cryptic message to her followers.

She told them that she has ‘lost all her self-love and worth’ in recent months. Demi also warned her fans not to allow themselves to be treated as “average” by others.

The 2020 winter Love Island star penned: “This is your reminder to never let anyone treat you like your average [sic].

“I’ve lost all my love and self worth over the past couple of months.

“I’ve not even enjoyed taking pictures or posting because I’ve lost all my confidence.”

The star was first romantically linked to Miami last summer. The pair had known each other for some time but had grown closer.

Over the following months, Demi kept quiet about her romance and posted candid photos on Instagram with her fella’s head cropped out of shot.

The relationship came following her brave battle with thyroid cancer.

Demi needed both a tumour and entire thyroid removed and explained to fans online that the treatment was leaving her feeling “tired all the time”.

Thankfully, after a gruelling battle, the star revealed that she was “cancer free” in December after finally being given the all-clear.

But just this week, Demi sadly admitted to UK Times that she is currently “struggling with body dysmorphia” following her traumatic year.