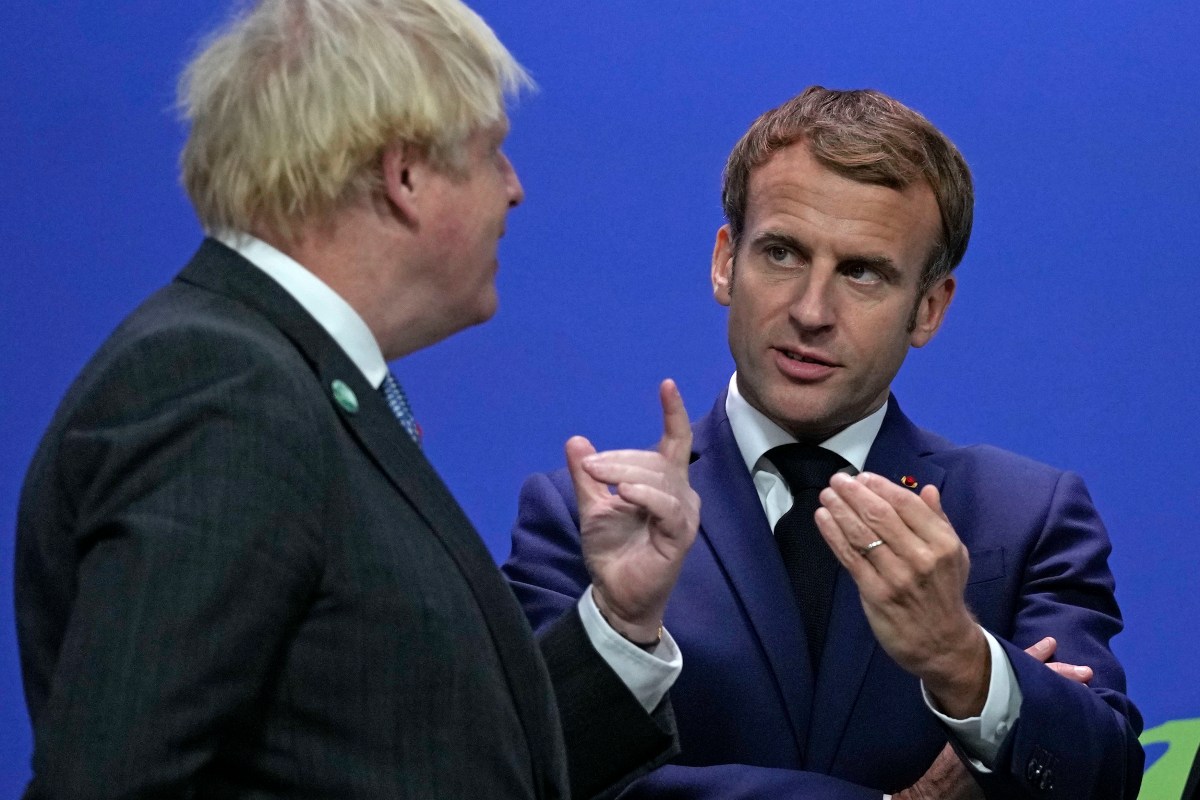 EMMANUEL Macron flew into a rage against Boris Johnson over the fishing standoff and vowed: “I won’t give an inch.”

The furious French president lashed out during a private meeting and complained the EU isn’t doing enough to back him.

His rant emerged as Brexit chief Lord Frost warned Brussels “time is running out” for a deal on Northern Ireland border checks.

But seething EU boss Maros Sefcovic hit back and warned Britain will face “serious consequences” if it ditches red tape on GB-NI trade.

In a behind closed doors tirade to top aides Mr Macron threatened to block British fish exports to the continent.

And he even claimed the PM is deliberately “dragging out” the row over licences to distract from domestic problems.

He fumed: “I will not give an inch on fish. The UK must respect the spirit of the Brexit agreement or they will have to go and sell their fish elsewhere.

“Because of his domestic problems, Boris Johnson is going to drag out the crisis with France.

“He will continue to test us on the fish, but also on the Northern Ireland protocol and the conditions of access to the European market.

“We must build a European strategy, while Johnson tries to entrap us in a Franco-British problem.”

Mr Macron also claimed the UK has “more to lose commercially than we Europeans” from a Brexit trade war.

They come after talks between Lord Frost and French Europe minister Clement Beaune ended in deadlock.

The pair met in Paris yesterday to discuss the fishing row, but both sides admitted afterwards there no progress was made.

Paris insisted its threats to disrupt trade at Calais are still on the table if the UK doesn’t give more ground.

No 10 is also facing an Autumn showdown with the EU over plans to reduce border red tape in Northern Ireland.

Lord Frost held met top eurocrat Maros Sefcovic in Brussels today with both sides downbeat on the chances of a breakthrough.

Arriving for the talks, he said: “We hope to make some progress but honestly the gap between us is still quite significant.

“Time is running out. We need to make progress soon. We are trying to reach an agreement and we’re working very hard.”

And he warned the EU that the PM is prepared to go nuclear and unilaterally override border checks if necessary.

That would prompt a furious response from Brussels, which could even can the whole Brexit trade deal in retaliation.

Mr Sefcovic warned there would be “serious consequences for EU-UK relations.

He added: “Until today we have seen no move at all from the UK. I found this disappointing, and once again I urge the UK to engage with us sincerely.”

Talks are ongoing after the EU offered to slash red tape on goods going between GB and NI by up to 80%.