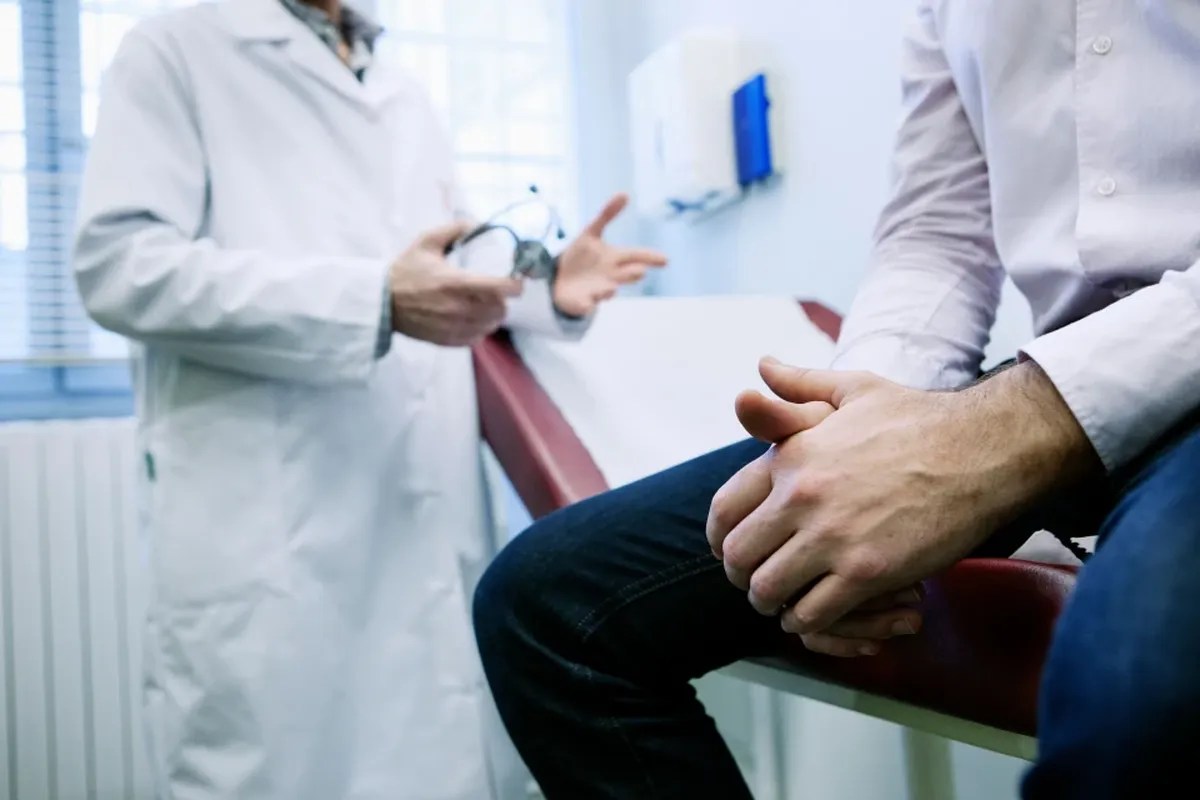 A MAN’S agonising penis pain was blamed on Covid infection, as docs warned of the rare side effect.

Writing in a medical journal, the Iranian team described how the virus led to blood clotting in the poor man’s shaft.

The unnamed male had suffered penile pain for three days before being seen by a urologist in Iran, who referred him for tests.

The discomfort began following an erection while having sex, the 41-year-old married man told doctors.

He had not experienced any trauma to his pelvic area that might explain his symptom.

But he had a positive Covid PCR test three weeks prior, radiologist Seyed Morteza Bagheri and a colleague from the Iran University of Medical Sciences wrote in the journal Clinical Case Reports.

Nothing was out of the ordinary about his Covid illness. doctors noted.

He had mild symptoms including fever, cough and fatigue and did not need to take any medication.

Tests at the hospital showed the man had “thrombosis of deep dorsal penile vein” – blood clotting in a vein that runs along the top of the shaft.

The vein runs the whole length of the penis and is involved in supply of oxygenated blood to the organ.

An ultrasound showed “no [blood] flow in the vein” due to a clot around half way along the penis.

“Two months after starting the treatment, patient’s symptoms were completely disappeared and he had no penile pain during erection and sexual disturbances anymore,” the medics wrote.

Everything was in working order “down there”, Mr Morteza Bagheri wrote.

However, the man still experienced a little pain under pressure at the site of the blood clotting.

Scientists have learned over the pandemic that the coronavirus does not just cause respiratory symptoms.

One of its other features is to increase the tendency of blood to clot. In fact, this is often the cause of death.

But he said the type of blood clotting this patient had was very rare. When it does occur, it’s usually in somebody who has a blood clotting disorder.

It could become life threatening if the blood clot breaks off and travels to the lung, causing pulmonary embolism.

Thrombosis in another vein, the superficial dorsal penile vein, has been reported previously in men with Covid.

And a bunch of other complications in the male genitalia have been reported by doctors over the course of the pandemic.

A 69-year-old man in Ohio, US, suffered a three-hour erection – a condition called priapism – due to blood clotting problems in his penis.

Medics reported in The American Journal of American Medicine that they believed Covid had caused clots to form in his penis, trapping blood in the erection chambers.

Doctors had to drain blood from the penis using a needle because ice packs did not work to bring the stiffness down.

He unfortunately died of Covid due to his lungs failing.

Another man in his 60s, in France, had to go through the same procedure after Covid left him with a four-hour erection.

In this case, the doctors concluded that the man’s priapism had been triggered by Covid. He survived and hadn’t suffered priapism since discharge.

Meanwhile, experts have found evidence that Covid may damage the blood vessels of the penis, making it harder to get an erection.

One man in his 30s revealed he had struggled to get hard after infection and, as a result, his penis had shrunk.