MARTIN Lewis is calling on millions to take a gas and electricity meter reading within days.

Martin Lewis has warned that people should take a metre reading just before October 1 to avoid paying more than they need to.

In his latest weekly newsletter the consumer champion said: “Meter reading day’s coming – don’t panic, not everyone must do it, and it needn’t be on the day.

“With prices rising for most on October 1, unless you’ve a working smart or prepayment meter, it’s useful to feed in an updated meter reading around that date to avoid discrepancies over what you used before or after prices rose.”

Martin recommends that households send in their updated reading a few days before prices rise to avoid crashing the energy supplier’s websites or phonelines on October 1. 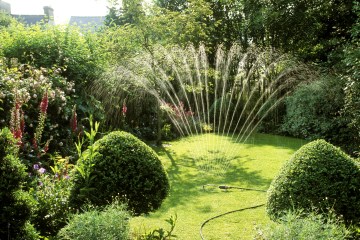 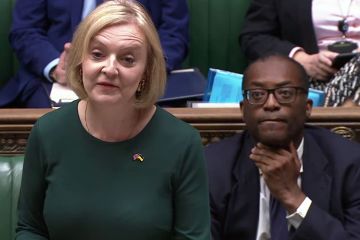 An accurate meter reading means you’re more likely to get billed for what you are actually using rather than estimated amounts.

MoneySavingExpert.com has written a full list on how each energy supplier allows their customers to share their meter readings.

The new Energy Price Guarantee means a typical family will not pay more than £2,500 a year on bills.

However the cap only limits the amount firms can charge customers for each unit of energy.

So if you use more energy than the average household – expect to pay more.

How do I take a meter reading?

Your energy supplier will usually require regular readings from your gas and electricity meter to work out how much you should be charged.

Customers that don’t send their suppliers will have their bills calculated by estimated usage and they will likely pay more – so it is always worth knowing how to send the numbers.

If you have a digital electricity of gas meter, you will just see a row of six numbers – five in black and one in red.

Take down all the five numbers in black and ignore the red number.

If you are on an Economy 7 or 10 tariff which gives you cheaper electricity at night – you may two rows of number, so take both readings down.

If you have a traditional dial meter you will need to read the first five dials from left to right ignoring any red ones.

If the dial is directly over a number, write down that number and underline it.

Citizens Advice says that if you’ve underlined a number, check the next dial to the right. If the pointer on that dial is between 9 and 0, reduce the number you’ve underlined by 1. For example, if you originally wrote down 5, change it to 4.

If you have a digital metric meter showing five numbers then a decimal place, you only need to write down the first five number from left to right.

If you have a dial gas meter follow the same steps for those with a dial electricity meter but ignore underlining any figures.

What other energy bill help is coming?

In November, a £300 one-off “Pensioner Cost of Living Payment” will be paid out to eight million households.

Millions of households are in line to get the £150 Warm Home Discount between December and March 2023.

Check if you can get an energy grant

There are plenty of energy grants and schemes open to help you out if you’re struggling.

British Gas has recently confirmed that it’ll pay its most vulnerable customers grants worth £750 to help with sky-high bills.

The British Gas Energy Trust has previously paid struggling households up to £1,500 – and you don’t need to be a British Gas customer to apply for this help.

Ask your supplier what’s on offer and how to apply, or check here:

You can get free debt advice

If you’re in debt there are plenty of services you can take advantage of and they offer free advice on how to manage debt.

Most of them can offer you free guidance and help in person, over the telephone or online.

A FLIGHT attendant has revealed the 'cheesy' behaviour...
Entertainment

A B&M employee has revealed her top Christmas...
News

A TEENAGER has been charged with attempted murder...
Football

JUDE BELLINGHAM is sum talent - and it...

A FLIGHT attendant has revealed the 'cheesy' behaviour...
Entertainment

A B&M employee has revealed her top Christmas...
News

A TEENAGER has been charged with attempted murder...
Football

JUDE BELLINGHAM is sum talent - and it...
Horse Racing

A FLIGHT attendant has revealed the 'cheesy' behaviour they hate people doing on planes - as well as the people who do it...
Read more

A B&M employee has revealed her top Christmas picks in store after spending "all her wages" on a huge haul. Mel Booth is no...
Read more

A TEENAGER has been charged with attempted murder after a schoolboy was brutally stabbed on a packed tube train. The 16-year-old was repeatedly attacked...
Read more