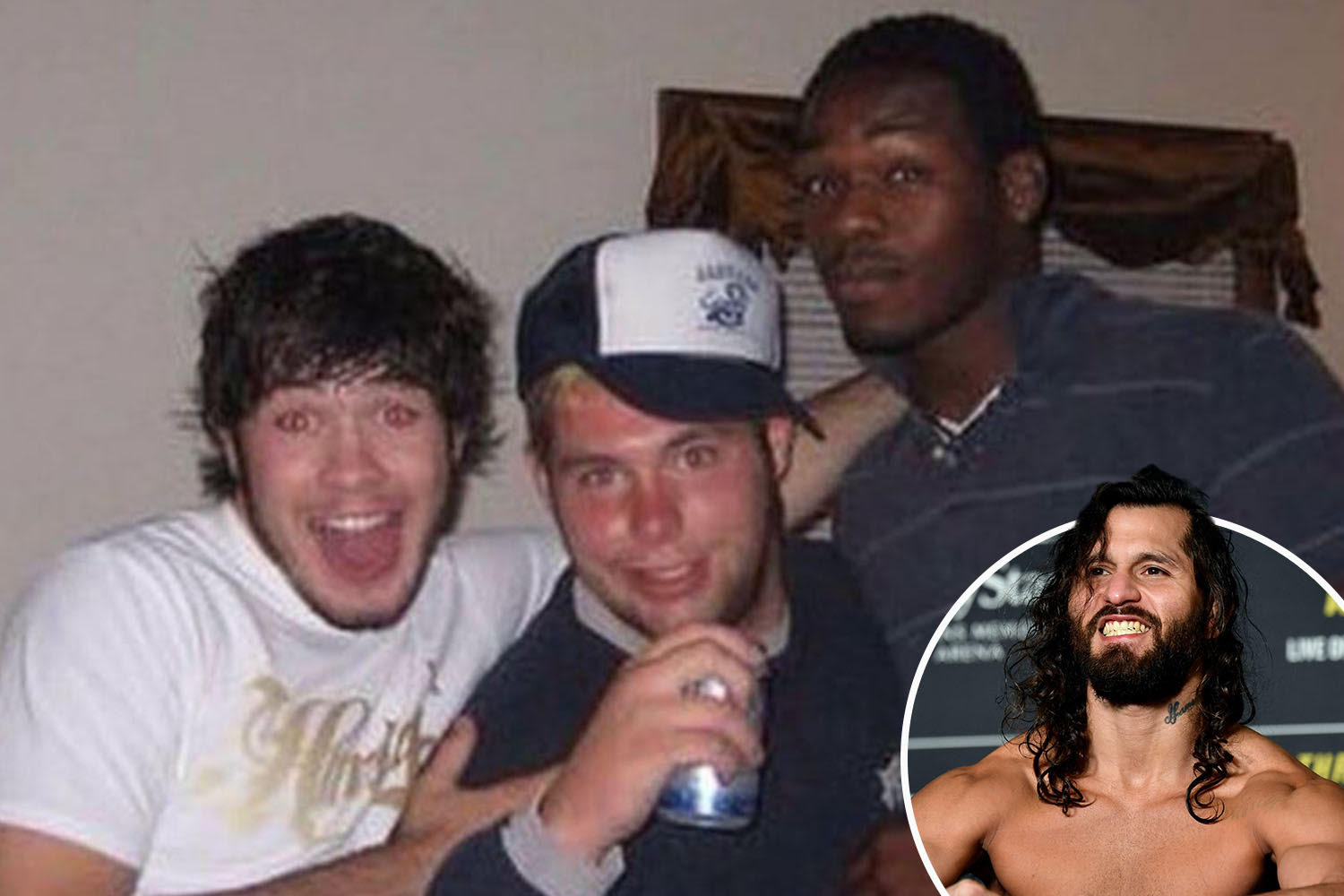 Covington and Jones, both 34, lived together early during their first year at Iowa Central Community College.

Throwback photos of the pair seemingly showed them hitting it off and enjoying several uni parties – although both men have repeatedly taken shots at one another over the last few years.

And according to Jorge Masvidal, the alleged theft of some of Jones’ belongings was the cause of their falling out.

He told ESPN: “Jon Jones warned me numerous times. Me and Jon Jones weren’t even cool like that, we hadn’t spoken too much.

“But he sent a couple messages to me via our managers at the time, like, ‘Man, watch this guy.

“‘He stole my clothes; my clothes don’t even fit him.

“‘He robbed me of money before he left the room. I never talked to him again.’”

“Always to me in the room, like, ‘Jon Jones this, Jon Jones that…’ I was a Jon Jones fan, we were watching his fight, and he’s like, ‘

“I’m like, there’s always three sides of the story: there’s yours, there’s mine and the truth.”

Former pound-for-pound king Jones has refrained from responding to Covington’s recent jibes at him, although he tore into his former uni pal during the UFC 247 pre-fight press conference in December 2019.

He said “Colby’s a habitual liar at the end of the day. He really is.

“I’ve made a lot of mistakes and a lot of people don’t consider me a good person, but coming from me, Colby’s a really bad person. He really is. He really, really is.”

Former interim welterweight champ Covington will be back in action this weekend, facing his former buddy Masvidal in an eagerly-anticipated grudge match at UFC 272.