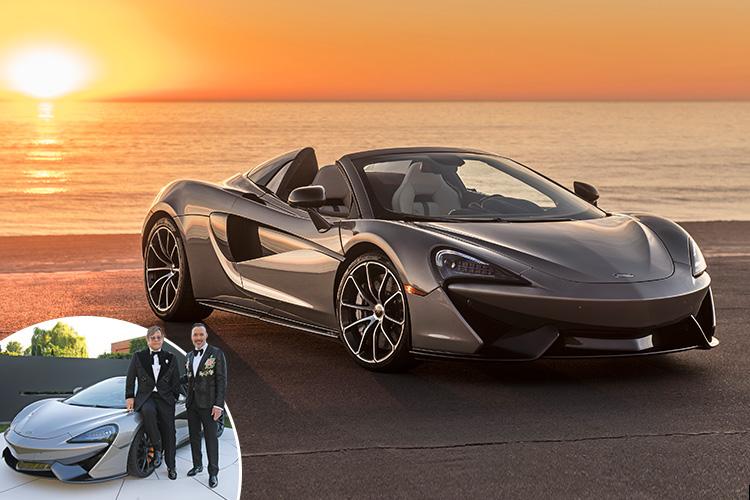 A MCLAREN supercar donated to Elton John’s charity has sold for a staggering £725,000 – more than four times its typical value.

The stunning McLaren 570S Spider was gifted to the Elton John AIDS Foundation by McLaren Automotive ahead of the organisation’s Argento Ball.

The star-studded bash was attended by the likes of Ed Sheeran, Victoria Beckham and Graham Norton – but no famous celebs took home the McLaren.

And all of the proceeds from the sale have been put towards the Foundation’s cause to create an AIDS-free future.

Sir Elton said: “We are thrilled with the success of the event. Funds raised can make a real impact for our work with young people.”

In addition to picking up the 570S Spider, the auction winner receives a personal tour of the McLaren Technology Centre by Amanda McLaren – the only child of founder Bruce McLaren.

Alongside its sleek appearance, the motor’s performance stats are nothing short of impressive.

Fitted with a 3.8-litre twin-turbocharged V8 engine, it produces 562bhp.

And with a top speed of 204mph, it’s one of the world’s quickest convertibles.

The roof is an electrically-folding hardtop that can be lowered in just 15 seconds at speeds of up to 25mph.

And the hand-built supercar also comes with incredible stopping power thanks to its carbon ceramic brakes.

At 124mph, the high-powered brakes will bring the McLaren to a standstill in just 133 metres, while it takes just 32metres to go from 62mph to a complete stop.