THIS is the moment a thug knocks three men to the ground in a horrifying brawl outside McDonald’s.

Video footage shows an older man taking on three younger men outside an Ashford branch of the fast food chain last Friday. A

In the clip, the older man is first seen appearing to walk out of the restaurant before suddenly throwing a punch toward another.

After being hit, the man falls to his onto his back and eventually gets to his feet.

Another man approaches the older man, who then strikes another man who falls backwards and flops onto the ground.

The man who suffered the first blow then goes back for another show down with the man, but is again unsuccessful. 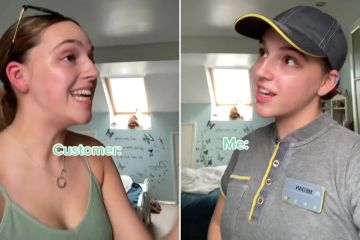 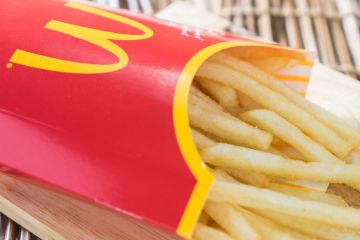 He eventually is hit so hard that he drops to the pavement and doesn’t get up again.

Another man then enters the brawl and lands a series of knocks to the older man who then stumbles over.

Kent Police told UK Times Online officers were called to a disturbance in Ashford High Street at 6:51pm on September 16.

They said: “Officers attended and three men, aged 53, 37 and 23, were arrested on suspicion of affray.

“Enquiries into the incident are ongoing and officers are aware of footage of the incident which has been posted on social media.”

Anyone who witnessed what happened, but has yet to speak to officers, is urged to call Kent Police, quoting reference 46/181418/22 or call Crimestoppers.

The footage has been viewed online more than five million times after it was posted to Twitter with the caption: “Get this man a UFC contract.”

Viewers had mixed reactions, with some angered no one stepped in to stop the fight while others appeared impressed.

One person said: “It’s embarrassing to see that many onlookers do heehaw to stop them from fighting. I guess being pathetic is the new normal.”

The incident follows the shocking moment a McDonald’s customer is knocked to the ground with one punch.

Video footage shows two men exchanging harsh words before one man launches his fist into the other man’s head, causing him to dramatically flop to the ground.

Onlookers are heard gasping in shock with one woman in the background heard crying.

The man who was hit is filmed lying on the ground as the other man walks away as the clip ends.

AN INVENTOR has revealed how a little known...

SHOPPERS have been rushing to get their hands on a festive must-have that is bound to put a smile on your kid's face....
Read more

THREE African migrants have been found clinging to a rudder of an oil tanker after surviving 11 gruelling days at sea. The stowaways were...
Read more

CHRISTIANS have become a minority in England and Wales for the first time in history, according to new census data released today. The number...
Read more