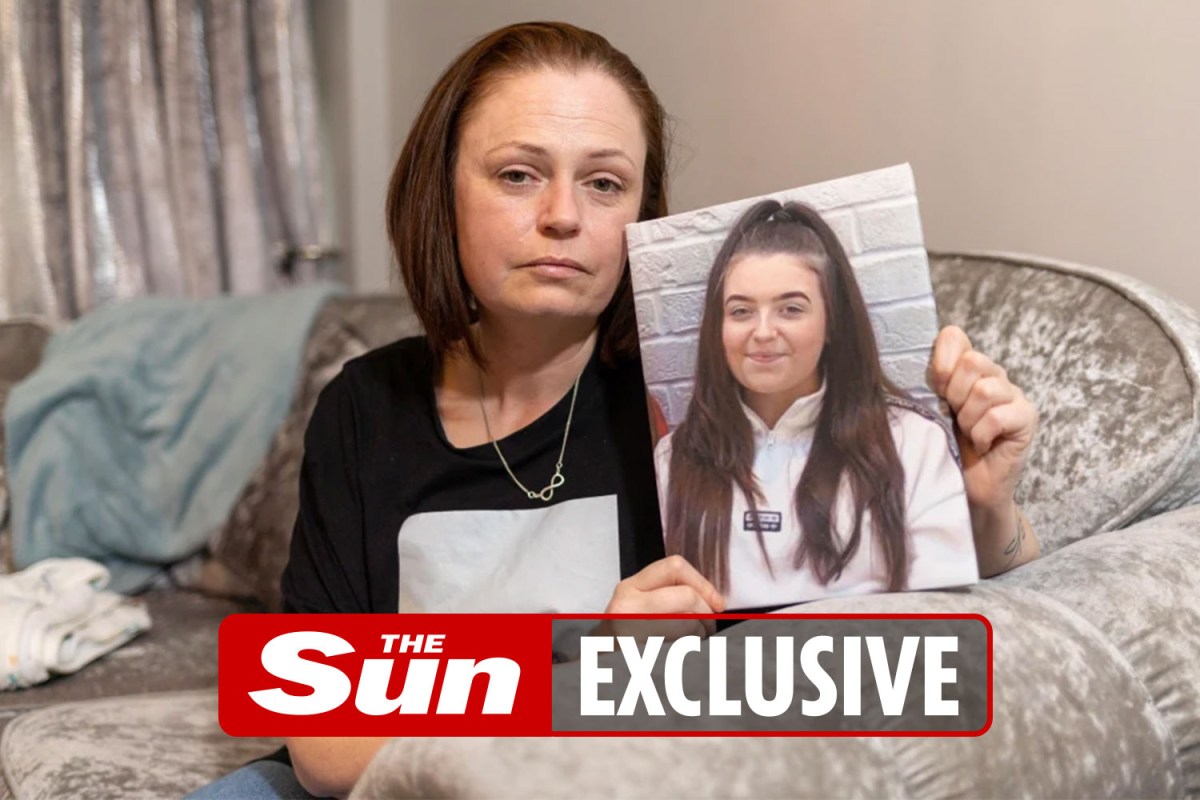 A GRIEVING mum is calling for a coroner to launch a fresh probe into the death of her teenage daughter.

Becky O’Brien, 42, was left heartbroken when healthy Emmie-Rose Taylor, 16, died after being admitted to Milton Keynes Hospital last year for an abscess on her leg to be drained.

An inquest ruled that her daughter died of natural causes from acute liver failure and acted ketoadidotic Type 1 diabetes – but now the mum calling for another probe.

When the teen entered the hospital, she underwent tests that found that she had Type 1 diabetes, causing her body to produce high levels of blood acids called ketones.

Emmie had successful surgery and was “sitting up watching films” when she was moved to an adult ward where her family could only visit her for two hours a day due to covid.

But two days later she called her mum to say she “felt funny” before she was found unresponsive the next morning.

She was then rushed to intensive care at King’s College London and passed away two days later without ever regaining consciousness.

Her mum Becky is planning to take legal action to force a second inquest to take place, as she wants to understand more about a prescription drug found in her system.

A toxicology report at the first inquest showed that she had five different prescription drugs in her blood, one of them Levetiracetam, used to treat epilepsy which she did not have.

Becky is hoping that a fresh probe could help explain why her daughter was given this medicine.

Speaking to UK Times, Becky claimed: “We’ve been left without answers and without Emmie-Rose.

“She was given drugs and took them, trusting the people looking after her who simply gave her the wrong medication, that’s what we believe.

“I have to fight for the sake of my daughter and I don’t feel like we are being listened to or heard.

“She went to three different places, the ambulance and both hospitals, but it was never revealed exactly where the drugs were given to her.

“Had there been a diabetic team on that weekend it would have been a very different story, that is what we believe.”

Becky has contacted her lawyers in the hope she will be able to take the hospital to court – but is still waiting for an update on their case.

She is also consulting lawyers to challenge the coroner’s decision at a second inquest.

Such an application can be brought either with the consent of the Attorney General or by applying through a High Court for a judicial review.

The toxicology report showed Emmie’s liver had reacted from “therapeutic levels of paracetamol”, another fact that has mystified her family.

Becky added: “She was such a good, kind girl. She was amazing and I don’t know how we will get over this at all.

“We need someone to have a look through the whole thing.

“We will instruct solicitors to try for a second inquest or any other action we can take. “

Dr Ian Reckless, medical director at Milton Keynes University Hospital, said: “I would like to recognise the enormity of the loss suffered by Emmie-Rose’s family.

“The loss of a child is always extremely difficult to bear and never more so when it happens suddenly, on the background of good health and cannot be fully explained.

“I appreciate the deep grief and distress they are suffering, and we will continue to do all we can to provide information and support to them, through any and all processes they wish to pursue.”