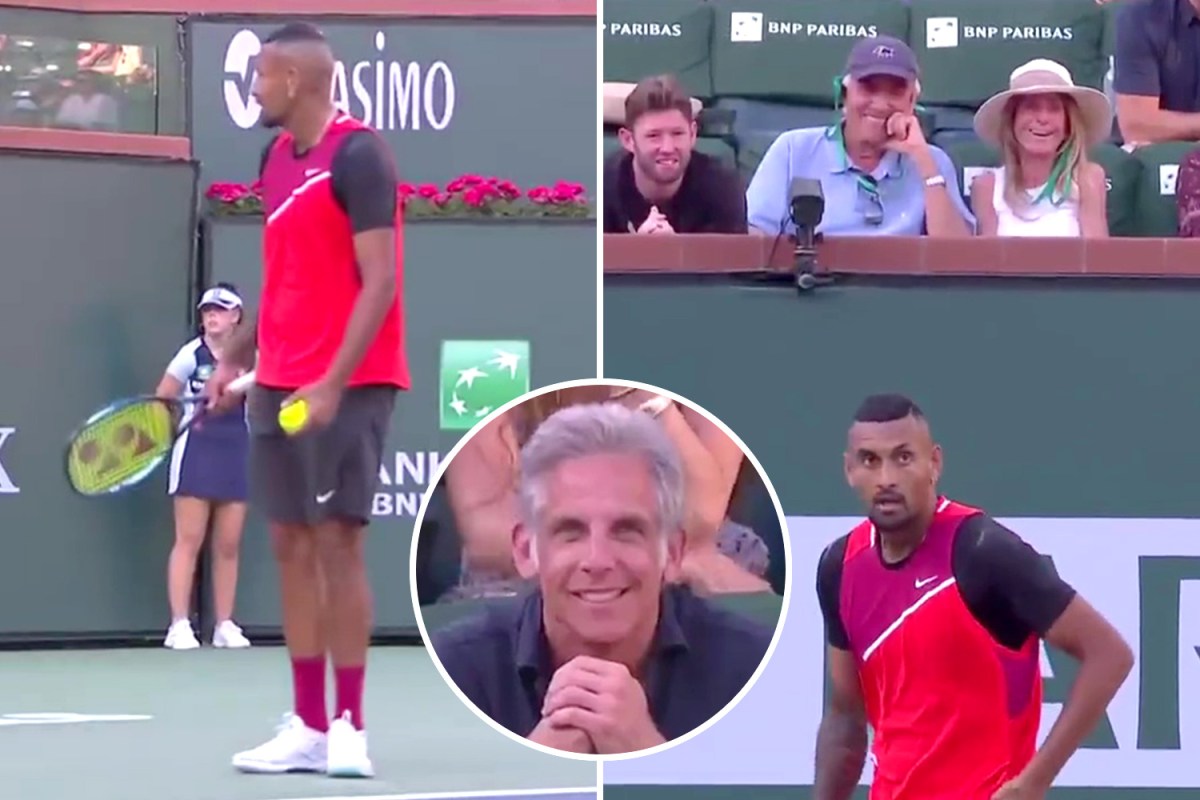 NICK KYRGIOS roped actor Ben Stiller into a war of words with a fan during his epic match with Rafael Nadal at Indian Wells last night.

The Aussie was embroiled in a gruelling three-set battle with the Spaniard, when he found himself being heckled by a fan.

Kyrgios, 26, indignantly turned to the heckler, asking him: “Are you good at tennis?”

The ticket holder replied “no”, with Nick then pointing at Stiller and saying: “Exactly, so don’t tell me how to play. Do I tell him how to act? No.”

Stiller, 56, is a big tennis fan and was in attendance with wife Christine Taylor.

The actor laughed at the comment, with many in the crowd also raising a giggle. 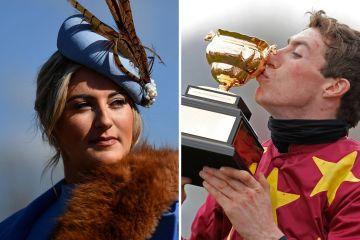 Nadal, 35, had taken the first set in a tiebreak after Kyrgios squandered a 5-3 lead.

The world No132 came roaring back, however, taking the second set 7-5 to extend the match.

Although Nadal would prevail in the end, winning the decisive third set 6-4.

After shaking hands with his opponent and then the umpire, Kyrgios launched his racket at the ground in frustration.

It took a freak skid off the surface, alarmingly nearly hitting a ball kid standing at the far end of the court.

Kyrgios was keen to apologise for the incident on social media after the match, promising to stop by the Indian Wells Tennis Garden tomorrow to hand the kid a racket.

Despite yesterday’s loss, the quarter-final run marked a positive tournament for the resurgent Kyrgios.

The talented star overcame Sebastian Baez, Federico Delbonis and Casper Ruud, before being handed a walkover by Jannik Sinner on his way to the quarters.

He will next be in action at the Masters 1000 event in Miami next week.

Kyrgios has now won three of his nine meetings with Nadal, dating back to his shock victory over the 20-time Grand Slam winner at Wimbledon as an 18-year-old back in 2014.