Latest UK NewsThe latest breaking news from the UK
Home Motors Buying Motors One of the most desirable classic Ferraris in the world to sell...
Facebook
Twitter
Pinterest
WhatsApp 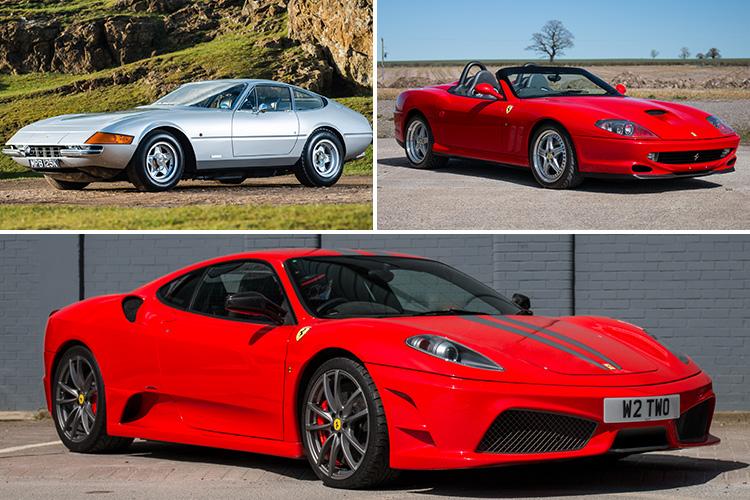 THE UK’s first ever Ferrari-only auction is set to feature a giant haul of 33 supercars.

And the collection of some of the brand’s most iconic models could be worth more than £4million.

Held by Silverstone Auctions, the sale will mark the first time Britain has seen an auction purely dedicated to the Italian marque.

A total of 33 motors will be up for grabs alongside genuine Ferrari memorabilia, with the most expensive car demanding half a million pounds alone.

One of only 158 right hand drive models, the Daytona is among the most desirable classic Ferraris available.

The sale will feature models from the early 1960s right up to as recently as 2014, giving collectors the chance to sample decades of Ferrari history.

Nick Whale, managing director at Silverstone Auctions, said: “The Sale of Ferraris’ is a brand new auction for our 2018 calendar and the cars consigned to the sale are definitely some of the best in the country.

“This is the sale of the year for any serious Ferrari collector, with a range of cars spanning from the early 60’s all the way up to the latest super cars from the legendary marque.”

The auction will take place at The Wing, Silverstone Circuit on Friday May 18.