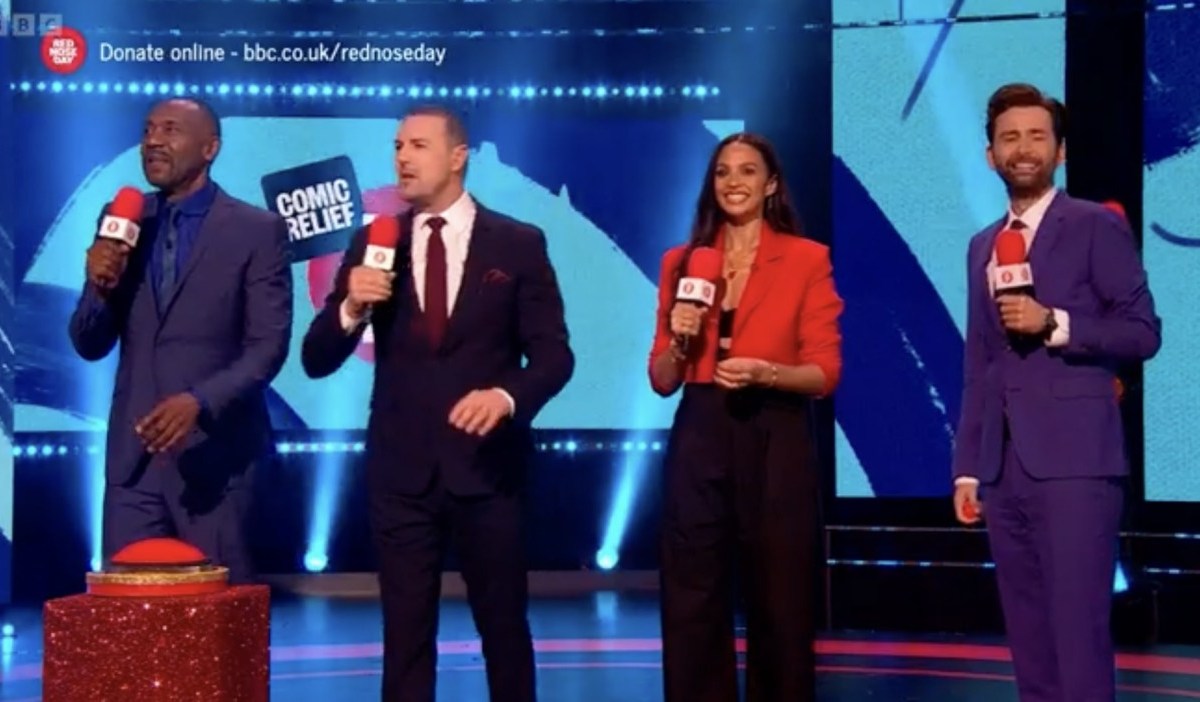 PADDY McGuinness kicked off Comic Relief this evening and stunned his co-hosts with a rather rude joke.

After the usual introductions, Sir Lenny wasn’t happy about the appearance of those in the audience.

“Now hang on, hang on. You all look lovely, but I do have one small criticism,” said the 63-year-old.

“You’re a bit underdressed, but don’t worry, we’ve got that covered. Are you ready, guys?”

All four hosts in unison then exclaimed: “Release the noses”, before Paddy hit a giant red button, sending the entire audience into a frenzy.

The Top Gear host quipped: “Oh, no. No, sorry, sorry, excuse me. Excuse me. Mate, it’s supposed to go on your nose.”

Then, in a jaw-dropping moment, Paddy shook his head before adding: “Sorry, that was my cousin.”

Almost immediately, Paddy’s fellow hosts looked embarrassed as he made what seemed to be an X-rated joke.

Alongside an emoji of a shocked face, one viewer penned: “Did anyone just get what Paddy meant by that? Sounded a bit naughty.”

Echoing their comments, someone else said: “Paddy and bad jokes. Anything new?”