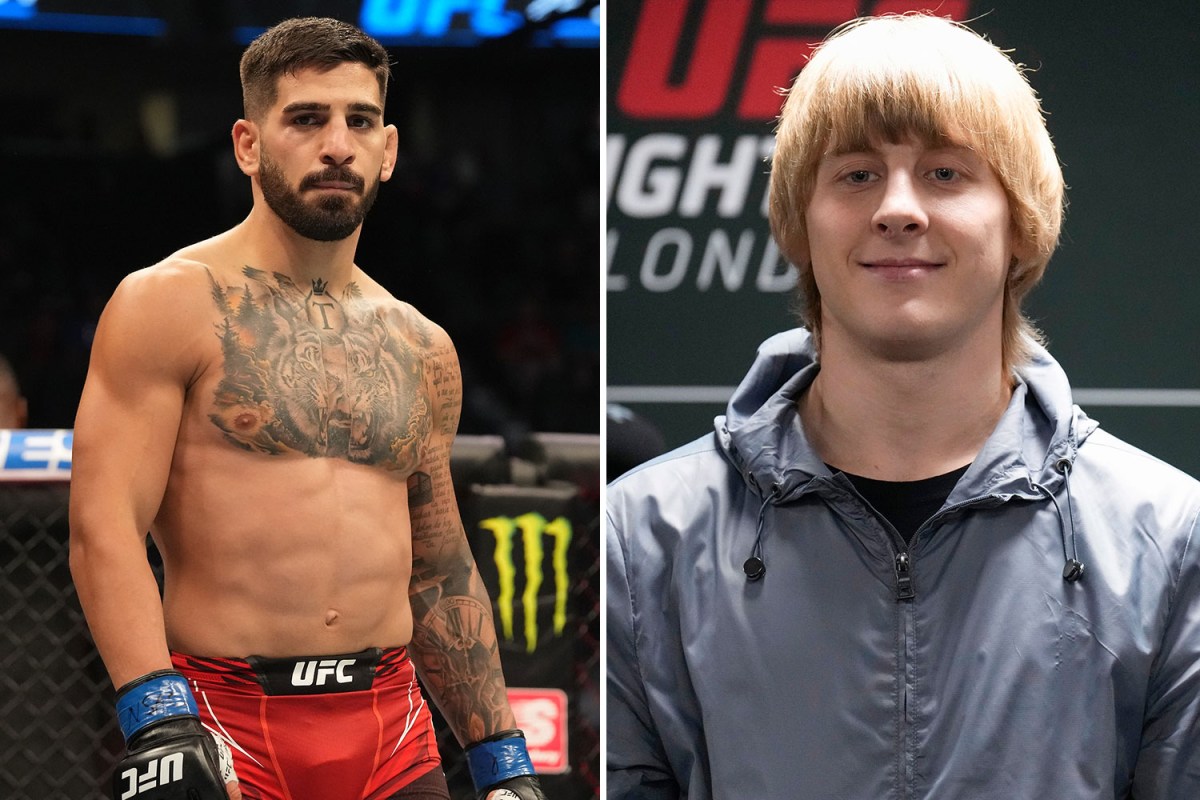 PADDY PIMBLETT and Ilia Topuria got into a backstage scrap after a text sent by the Brit in the build-up to UFC London this weekend.

The pair have bad blood dating back to a controversial old Pimblett tweet.

Coming across each other at the fighter hotel this week, the duo came to blows – with punches and bottles thrown.

Their beef dates back to April last year, when Pimblett tweeted: “Lad how stupid are these Georgians man … no wonder the Russians terrorise their lives.”

Proud Georgian Topuria responded at the time: “You think that’s funny?! In that attack by Russia against us, many innocent people lost their lives, including children!

“The one who supports terrorism and racism is one of them! This tweet will haunt you for life!”

Further lifting the lid on their rivalry, the 25-year-old told Ariel Helwani: “I texted with him. I don’t remember what I tweeted, and when they gave me the fight in London.

“He texted me like three weeks ago like; ‘I can’t wait to see you in London. We’ll see if you have the balls to tell me everything you texted me on Twitter.’ Bulls***.”

Things quickly came to a head when the lightweight prospects caught sight of each other at the Canary Wharf Hilton hotel on Tuesday afternoon.

The Brit ended up throwing a water bottle before Topuria swung for him.

The table separating the pair went flying, as did some plates and cutlery.

Moments later, Pimblett asked his rival: “Lad, do you think I’m scared of you?”

The pair’s respective teams quickly got a handle on things before a full-on brawl ensued – although the UFC’s ever-diligent security was also on top of things.

After being wrestled back from the melee and escorted away, a fired-up Topuria repeatedly shouted: “F*** you, b****.”