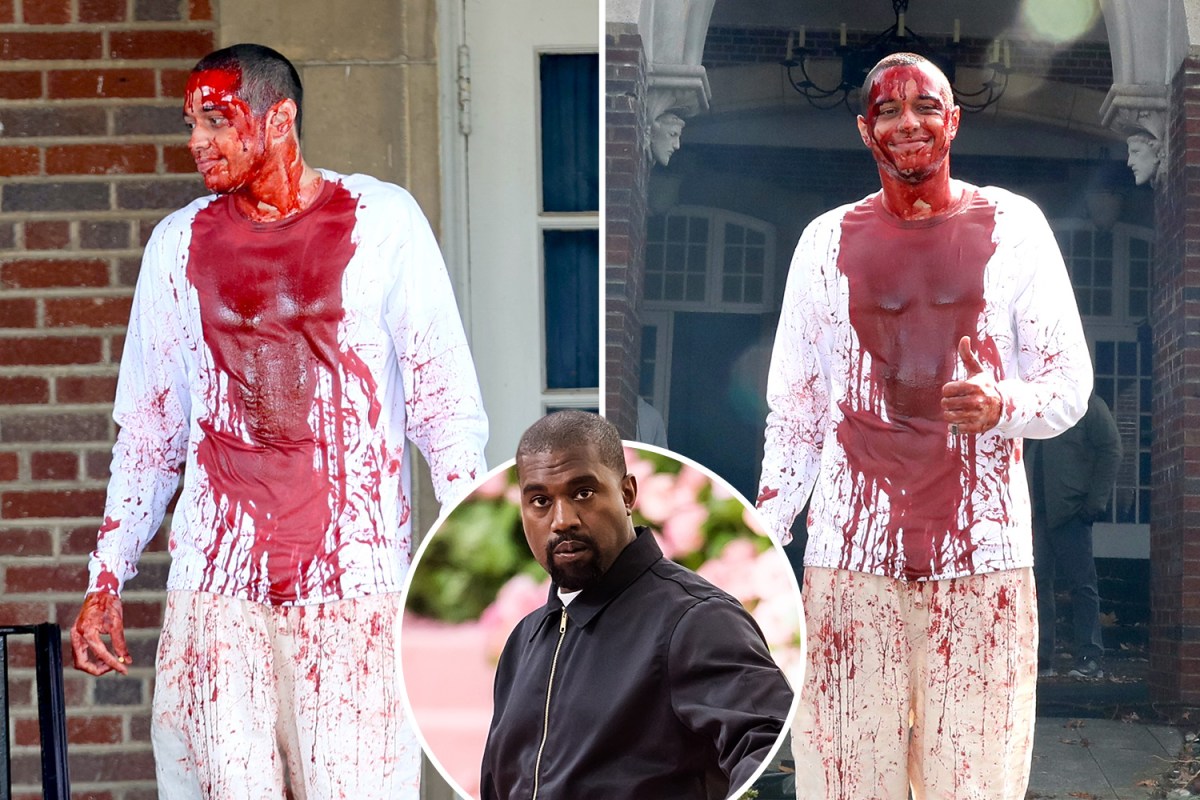 Worry not – it’s just the US comic covered in fake blood for his new movie.

He was snapped on set in New York after ­shooting an explosion scene for upcoming horror film The Home.

It’s not the only difficult situation he’s been in lately, either.

The rapper has been antagonising Pete for weeks, while referring to him by the silly nickname Skete, but things got even darker yesterday as Kanye made another jibe on Instagram. 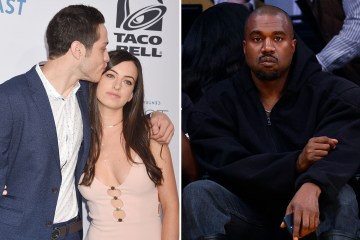 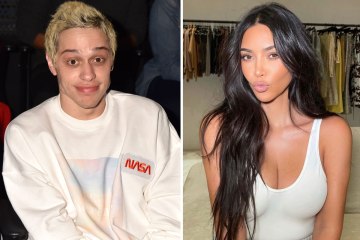 Kanye captioned his post: “Im really concerned that SKETE will get my kids mom hooked on drugs He’s in rehab every 2 months.”

The latest chapter in their personal war began simply enough, with the Saturday Night Live star apparently reaching out to the rapper.

Pete then mentioned the TV star and wrote: “Kim is literally the best mother I’ve ever met.

“What she does for those kids is amazing and you are so f**king lucky that she’s your kids’ mom.”

Kanye countered, “Oh you using profanity. Where are you right now?”

To which Pete replied: “In bed with your wife,” along with a selfie showing him lying on a bed.

A day later, Kanye clapped back, continuing the war of words by sharing screenshots of two news stories in two separate posts.

In one, he shared a long caption accusing the funnyman of “escalating” their feud in sync with Kim’s upcoming Hulu reality show.

“What did I lie about?” he began, referring to a splashy headline he shared.

“I am ‘allowed’ to see my kids y’all so mad that I can’t be written off as abuser or a stalker.

“Y’all so mad that SKETE showed who he really is Right before the Hulu trailer dropped.

“I’m not a bad guy Kim’s not a bad person Kids want parents to stay together but Hulu needed a new narrative,” he concluded implying that the latest round of drama was intentionally caused by his ex’s man.

In his second post, Kanye continued to reference the leaked texts from last weekend: “SKETE called this ‘legally single’ person my wife,” he wrote.

“I am not ramped up I successfully avoided doing anything that would give them reason to put a restraining order on me.

“She think it’s funny to try to drive me over the edge but I didn’t let them.

“She ignored my text about bringing my children to church then had her boyfriend text me and brag about being in bed with ‘my wife’ Then tell me ‘he could help me.'”