SEVEN years. Not long, and all that’s left until new cars with petrol or diesel engines are banished from Britain.

At one time you were looking at a G-Wiz or the milkman’s motor if you wanted to go electric, but today there’s a wealth of choice.

Unless, that is, you have more than two young kids to cart about.

I’m that person, and because mine were born fairly close together they all have a bulky Isofix child seat.

There’s no shortage of petrol, diesel or hybrid cars that’ll fit three Isofix seats across their middle row, but a frustrating lack of EVs can.

The Audi Q7, Ford S-Max, Ford Galaxy, Peugeot 5008 and Citroen C5 Aircross are all fantastic options, but none come in a fully-electric form.

So where do you turn? Well, the Peugeot e-Rifter is a good place to start.

It’s essentially a Peugeot Partner van, but inside you’ll find seats and a reworked dash that feels more like a car’s.

It comes in two lengths, with five or seven seats, but importantly the middle row of both features three individual pews each with Isofix.

All e-Rifters have a 50kWh battery and a single electric motor at the front, which means a modest official range of around 170 miles. 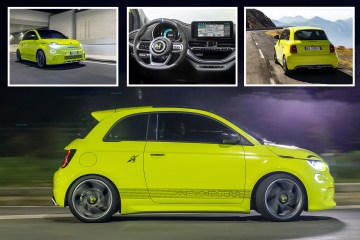 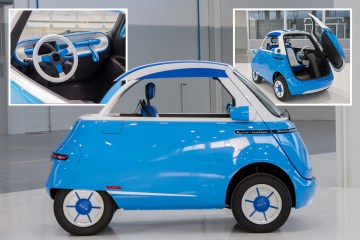 Vauxhall and Citroen both have electric equivalents based on the same chassis, but to my eyes, the e-Rifter is the most interesting.

The Vauxhall Combo Life Electric is the priciest of the trio, while the Citroen e-Berlingo and e-Rifter are both within a few hundred quid of £32,000.

That’s as cheap as it gets if you want an EV and have three small kids.

A Tesla Model X is well north of £100k, Volvo’s recently announced EX90 isn’t far behind and large people carriers like the Mercedes EQV, Citroen e-Spacetourer and Peugeot’s own e-Traveller are too big on the road for most.

The e-Rifter we’re driving is the shorter five-seater in the more expensive GT trim of the two available.

Initial thoughts? I like the way it looks and with kids to transport, I love the sliding doors and the massive boot.

It might end up being built in Britain too.

There’s stuff I don’t like, though. I’ll go into that in the next update.