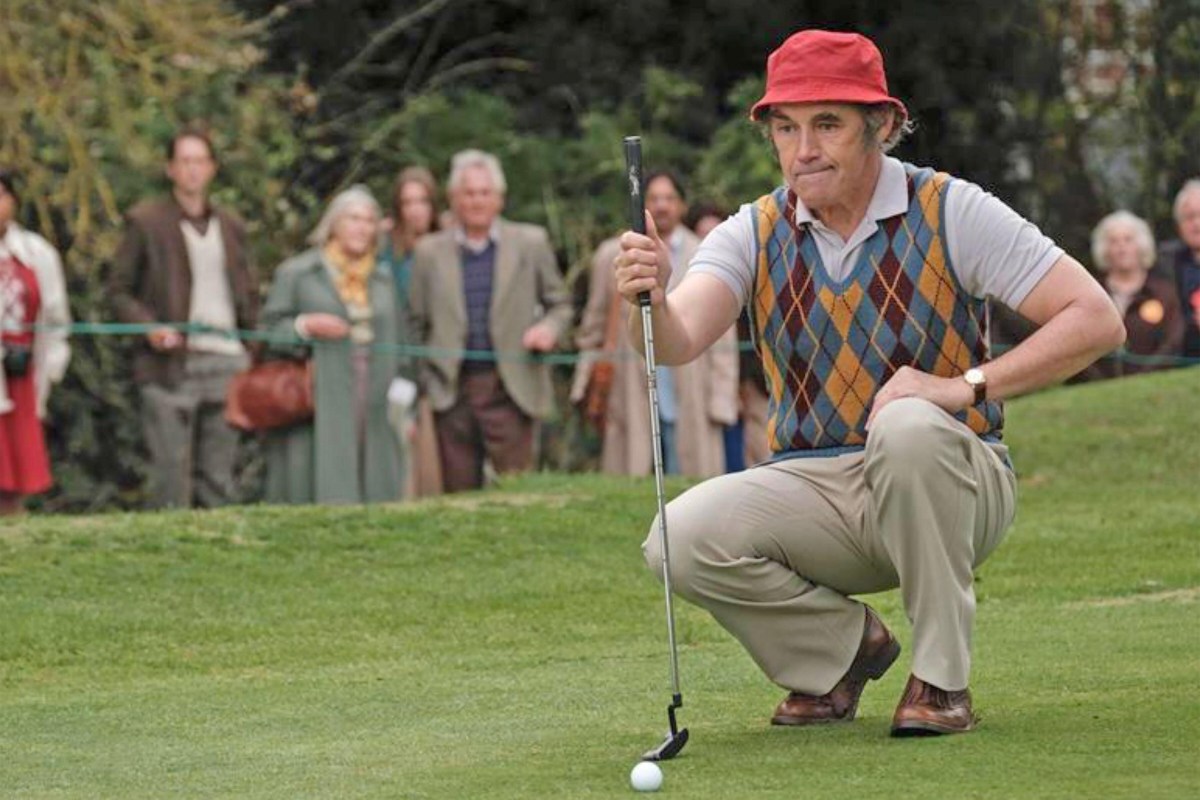 Phantom Of The Open

THERE’s only one way to enjoy golf, in my view, and that’s to play on a course featuring mini windmills.

The makers of this British comedy have also realised that putting the crazy into golf is far more entertaining than a sport that involves hitting a barely visible ball for hours.

The Phantom Of The Open tells the true story of imposter Maurice Flitcroft, who blagged his way into the British Open in 1976.

He entered the world-famous tournament as a professional, despite being a shipyard worker from Barrow-in-Furness with zero experience of immaculate greens.

The chancer was rumbled after scoring 121, the highest figure for a round in the Open’s history. 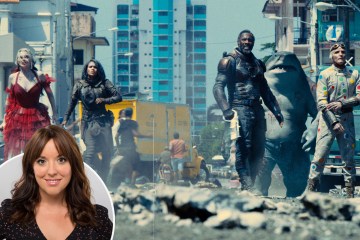 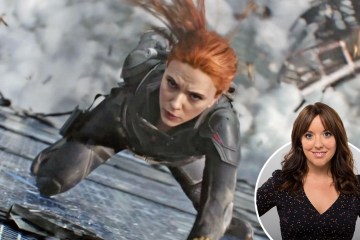 Sadly, in this sport the aim is to score as little as possible.

Sir Mark Rylance milks the amateur bumbling for all it’s worth, lining up Maurice’s quizzical glances with perfect comic timing as his shots go awry.

And the deadpan Rylance has plenty of good lines to deliver.

When Maurice is asked by the press how he’d managed the “worst score in Open history” he replies: “It’s the first round I’ve ever played.”

On top of that, there is the joy of watching Maurice sneak into other tournaments using made-up names and ridiculous disguises.

When his fake Frenchman, complete with moustache, is chased by Rhys Ifans’ clipboard-wielding official it is like a scene from The Pink Panther.

The question is whether Maurice is a couple of clubs short of a set. Rylance certainly gives the impression that the likeable loser is a bit slow with his stilted speech.

Yet, we also see that Maurice has a good grasp of foreign languages and plenty of homespun wisdom.

Maurice and his wife Jean, played by Sally Hawkins, instil in their children a belief that anything is possible if they put their minds to it.

What sets the film apart from other sporting biographies are the occasional part-animated dream sequences, which add a surreal quality.

Without that barmy edge, this might be another par for the course tale of a British dreamer.

Thankfully, The Phantom is a one-off, like Maurice himself.

They are greeted by the shotgun-waving creepy old codger Howard (Stephen Ure).

Suitably unsettling events follow. There are creepy dolls, dark cellars and full-on carnage, including a bloodbath while Don’t Fear The Reaper plays in the background. There are also unexpected and highly entertaining slays, one featuring a pitchfork and another an alligator.

More than just a standard gore-fest, this humorous horror-com also gives an interesting take on sexuality and the fear of ageing.

And one of those people is most definitely Melinda Van Allen (Ana de Armas).

She is the beautiful and bored wife of super-rich tech guy Vic (Ben Affleck) who is subjected to watching her have lust-filled affairs in their bizarre and tortuous open marriage.

Sullen and snail-obsessed Vic witnesses his beloved, free-spirited wife go through several extramarital affairs – even bringing her new suitors to the countless glamorous parties they seem to have with neighbours.

While she cavorts with a new, handsome man, Vic’s friends look on in despair and even remark to him: “You gotta rein Melinda in. She’s sleeping with all these people in front of you.”

Bad things start happening to Melinda’s lovers. One has disappeared and another turns up at a swimming party and meets a premature end.

Their behaviour and reaction to events are borderline insane, which makes this film appear out of its depth.