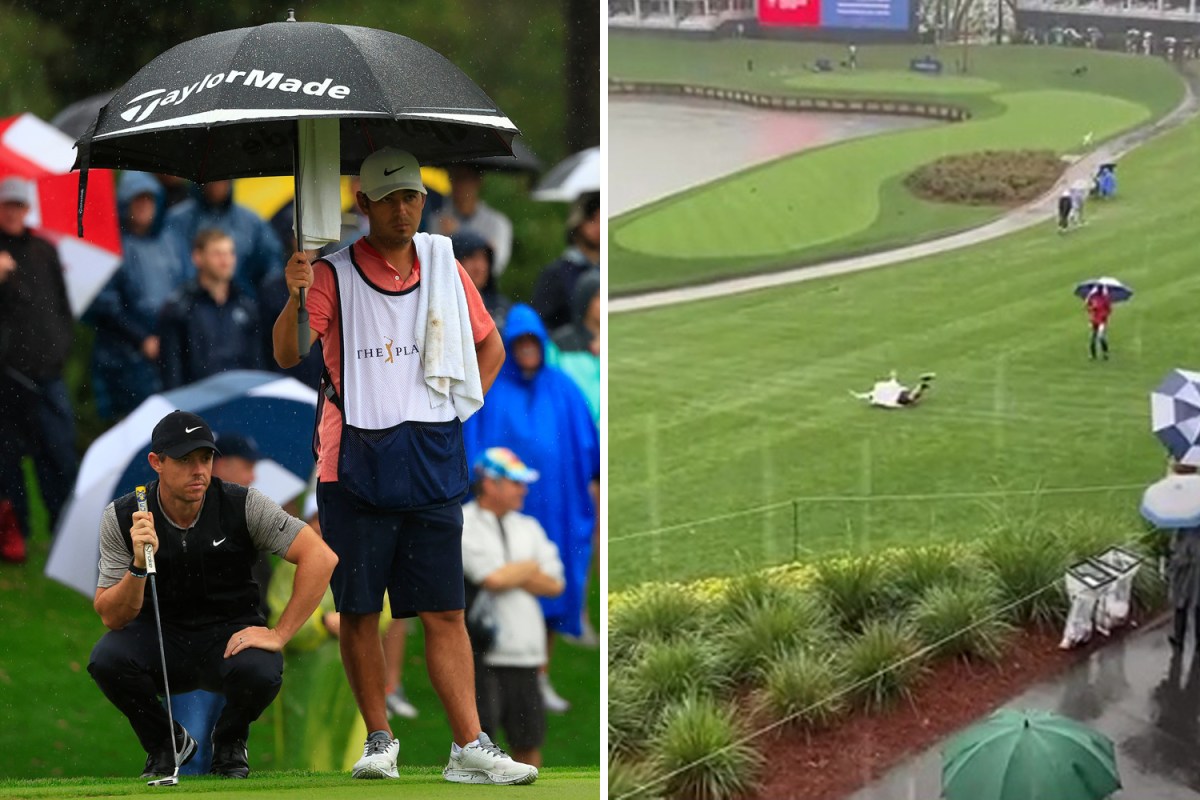 THE weather-hit Players Championship could be destined for a TUESDAY finish for the first time in the event’s 40 year history.

With thunderstorms wreaking havoc at Sawgrass, chief referee Gary Young admitted a Monday finish was almost inevitable – and “the potential is there for going into Tuesday.”

But at one group of spectators saw the funny side by belly-sliding down a bank on the iconic 17th hole during the downpour.

The Players has finished on a Monday seven times in the past, the last time in 2005. But it has never carried over for an extra 48 hours.

Rory McIlroy is already struggling to go the distance, after his weekend woes at the Arnold Palmer Invitational continued. 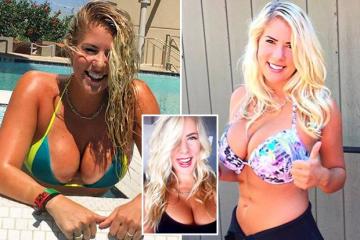 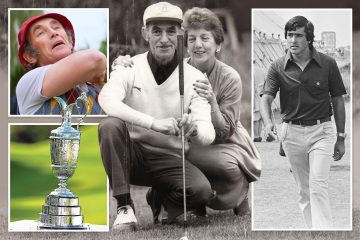 He had managed just two holes on day one, starting bogey-birdie, and this time he opened up with birdies at both the third and fourth holes to race to two under par.

But instead of the player who fired a sizzling 65 in the first round at Bay Hill to open up a two shot lead, he lapsed into the Ropey Rory who shot 76-76 over the weekend to disappear into the pack.

He gave a shot back at the sixth, and further bogeys at ten and 14 saw him slip to one over par, and a share of 97th place – seven shots behind early pace-setters Tommy Fleetwood, Tom Hoge, and Brice Garnett.

That was even tougher to take given McIlroy’s reputation as a mud-lover.

The four time Major winner has the length off the tee to make light of the fact the ball is dying in the fairways, and throwing darts at rain-soaked greens is another of his main strengths.

When the hooter sounded at 11.15 local time, McIlroy looked baffled, and asked: “What are we stopping for?”

The rain coming over his bootlaces should have given him a clue.

Young said Jacksonville had been experiencing freak conditions, as the questions over the wisdom of moving such a big event back to March from mid-May three years ago inevitably resurfaced.

He said: “It is highly, highly unusual to have this pattern for this prolonged period at this time of year, looking back at the historical data on it. I would say at this point it’s just bad luck.

“We’ve received about 2 1/2 inches of rain at this point in the last 24 hours. We battled through some pretty tough conditions.

“The staff did a great job keeping up with the greens as much as we could, squeegeeing, trying to manage play through some really difficult cells that we were facing.

“Unfortunately, we reached a point now where there was just no imminent window behind the weather front that we’re moving into now. And there’s some lightning that is headed in this direction.

As they looked out on flooded fairways and greens with big puddles of water despite the sub-air system at Sawgrass, the 46 players who had not finished their opening rounds cannot have been pleased by the prospect of hanging around for several hours.