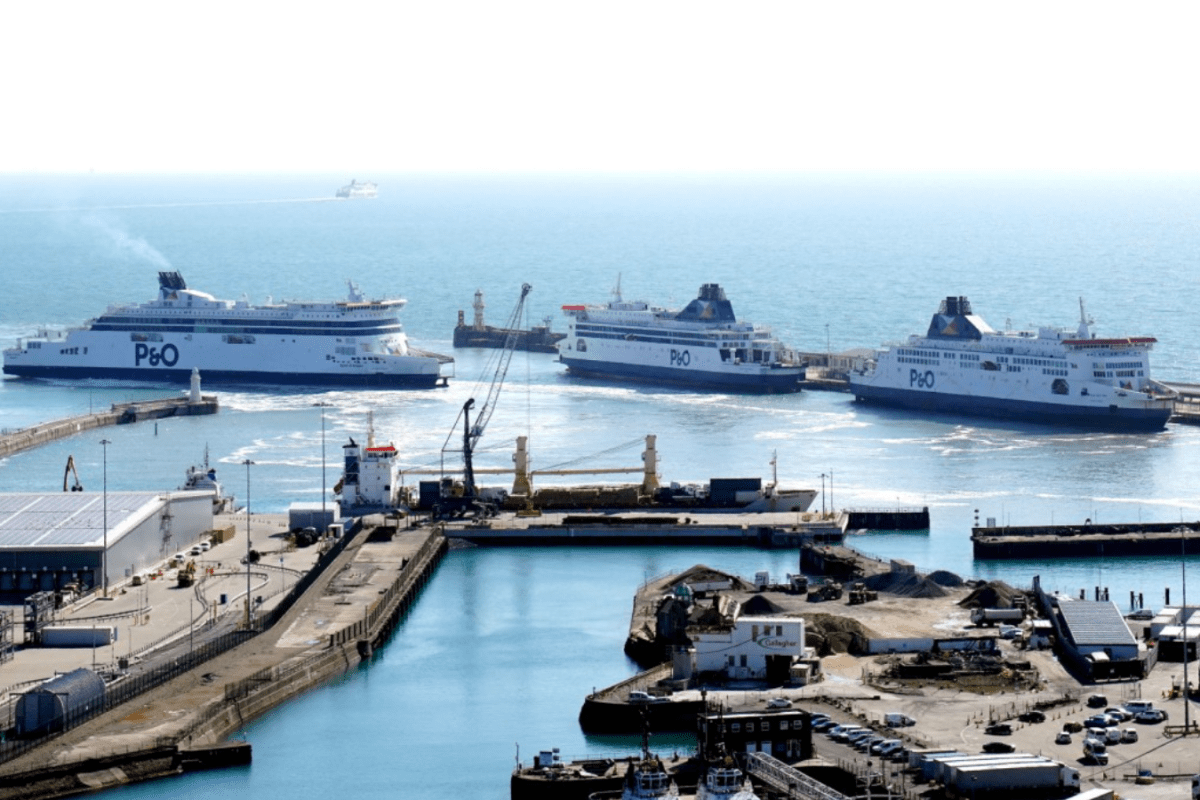 P&O Ferries today sensationally axed ALL 800 crew via Zoom and cancelled services for the “next few days” leaving Brits stranded.

The “treacherous” move sparked travel chaos as union leaders urged employees to stage a mutiny and refuse to disembark from vessels.

As a result, cheap agency workers are now stuck waiting at docksides ready to board the ferries.

P&O employees were ambushed this morning via Zoom and reportedly given just “five minutes to get their stuff and get off the ship”.

There are now up to 16 “handcuff trained” agents at Dover have been scrambled in case of “backlash” among defiant staff still on board. 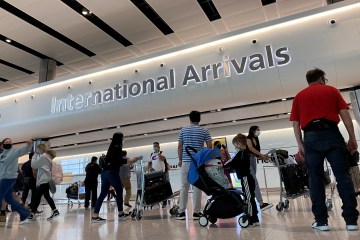 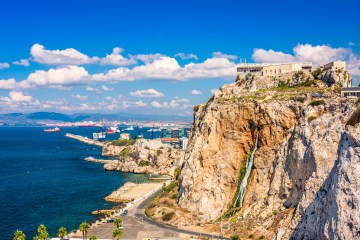 RMT general secretary Mick Lynch said: “We are receiving reports that security guards at Dover are seeking to board ships with handcuffs to remove crew so they can be replaced with cheaper labour.

“We are seeking urgent legal action and are again calling for the Government to take action to stop what is fast turning into one of the most shameful acts in the history of British industrial relations.

“If this happens at P&O it can happen anywhere, and we are calling for mass trade union and wider public mobilisation and protest against the company.”

P&O confirmed all 800 staff will be made redundant with immediate effect to plug a £100million black hole.

The company said crew will be given enhanced packages to compensate for “the lack of advance notice” and revealed the business is “not viable” in its current state.

But they have been slammed for gathering staff to tell them their jobs had gone on a Zoom call.

One man, who has worked in ferry engine rooms since the 1980s, said: “I’m fuming, to be honest with you. I’ve known people who’ve been with the firm for years – this is no way to treat people.

“It was just a short message this morning saying you’ve all lost a job, basically – all this service for nothing.

“I’ve seen coach loads of agency crews waiting in the car park at Hyde services just waiting to come down – it’s as simple as that.

“There’s going to be a protest here, one of the union guys just said if there’s no one working to come along and support.”

Some weary-looking workers pumped the air in defiance as they left the ferries clutching their belongings.

Others are now discussing holding a protest in Dover in retaliation at the cut-throat decision.

A mum whose husband and son have lost their jobs branded the bombshell move “highly immoral”.

She told Kent Messenger: “When P&O suspended sailings this morning crews were waiting on the ships with no idea what was happening – even the captains didn’t know.

“Then pictures emerged of three coach loads of foreign workers waiting at ports to take their jobs. They were already wearing P&O uniforms – yet the staff still hadn’t been told they were being let go.

“They were told they had five minutes to get their stuff and get off the ships. These guys are week on week off workers who have called these ships home for half of the year every year.

“They have personal effects in lockers which they can’t get to – clothes, bedding, photographs and in some cases financial documents which will be taken out and thrown.”

The chaos unfolded this morning when workers were told to expect “serious disruption” at all of its ports.

Passengers were booted off ferries and told to await “further instructions”.

As cars began to snake around the motorway near Dover, the company then announced services had been suspended “for the next few days”.

They added: “We are advising travellers of alternative arrangements.”

To add fuel to the fire, the RMT waded in on the row by calling on crew to remain onboard until the “Secretary of State intervenes to save seafarers from the dole queue”.

No10 will make a statement in the Commons today to address the explosive announcement.

The PM’s official spokesman said: “There is work ongoing today with the Kent Resilience Forum and other partners. Department for Transport ministers are holding urgent discussions with P&O.

“It is obviously concerning for pP&O workers. The company is not ceasing to operate and DFT is speaking with them to understand what the potential impact is. So there will be further updates.”

Passengers with trips booked today have been told their travel will be provided by alternative ferry companies, such as DFDS and Irish Ferries.

Roads are now jammed after passengers queued up to catch their ferry – only to find out services were cancelled.

One driver in Calais due to return to the UK said he had been waiting for a ferry since 6am.

He added: “More than anything I’m frustrated at the fact nobody from P&O was there to help and advise … I’ve never had such shoddy service from anybody.”

David Reger, 67, was due to be sailing from Hull to Rotterdam at 8.30pm and travelling home to Germany after a few days working in Leeds.

He said: “I’m fed up. We’ve not been told anything but it doesn’t look like it’s going to sail today.

“I’ve told them they have to book me alternative travel or put me in a reasonable hotel for the duration they’re stopping me from travelling.

“If they don’t I’ll stand in front of the counter and not let anyone else get to it, and it’ll start getting like it is in Dover.”

People who had plans to board a P&O ferry this morning have also expressed their frustration on twitter.

One person wrote: “But who is going to let us know and when please? We were meant to be on the 6.30 ferry, sat here since 5.30 and not one person has explained anything.”

Another put: “The alternative operator knows nothing either! Some clarity would be great.”

Someone else added: “Sitting in Calais very angry!”

P&O warned in May 2020 around 1,100 workers could lose their jobs as part of a plan to make the business “viable and sustainable” during the pandemic.

The company is owned by Dubai-based logistics giant DP World.

It carries passengers and freight from Dover to Calais; Hull to Rotterdam; Liverpool to Dublin; and Cairnryan, Scotland, to Larne, Northern Ireland.

The ferry operator said: “We have made a £100m loss year on year, which has been covered by our parent DP World. This is not sustainable.

“Our survival is dependent on making swift and significant changes now.

“Without these changes there is no future for P&O Ferries.”

Ferry cancellations and redundancies – your rights

If your ferry has been cancelled, or its departure has been delayed for more than 90 minutes, you should get a full refund.

Your ticket should be refunded within seven days or you should be able to get on an alternative ferry at no extra cost, according to Which?.

Travel association ABTA says your ferry operator should offer you accommodation free of charge if your ferry has been cancelled and you’re stuck for the night.

It can limit the cost of shelling out for an overnight stay at £66 a night per night per passenger for a maximum of three nights.

Or, your ferry operator may ask you to make your own way home and offer to pay your expenses back.

If your ferry operator has failed to reimburse your ticket where your journey has been cancelled, contact ABTA.

They will handle your complaint and see whether they can help you resolve the issue with the ferry provider.

How am I protected with redundancy?

You are entitled to statutory redundancy pay if you have worked for your employer for two years or more.

The statutory rate is based on your age, weekly pay and number of years in the job.

Length of service is capped at 20 years.

In England, Scotland, and Wales the maximum amount of statutory redundancy pay is currently £16,320. However, in Northern Ireland it is £16,980.

You cannot be paid less than the statutory amount.

The limits may change when a new tax year begins each April.

he government has a calculator on its website to help you work out how much you are owed.

You may get more than this statutory amount if your employer has a redundancy scheme.