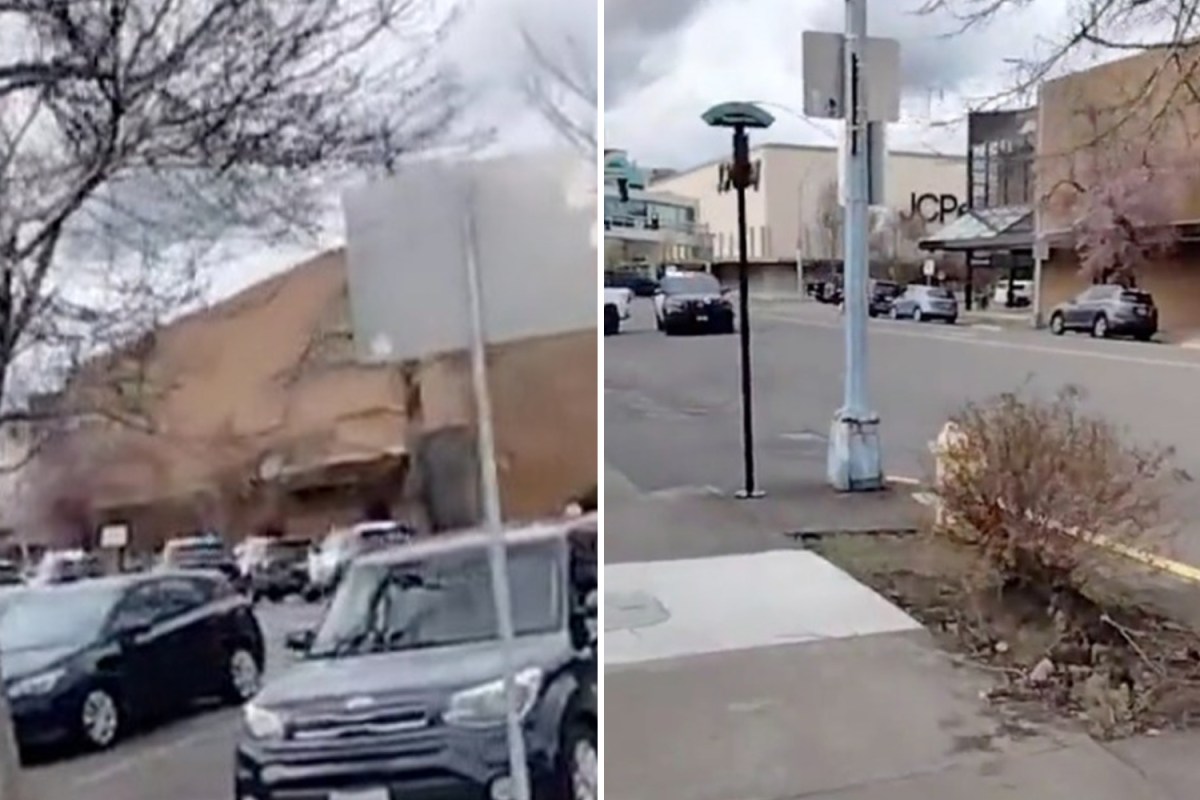 A POSSIBLE active shooter incident has been reported at Salem Center Mall in Oregon as cops flock to secure the scene.

The Salem Police Department has issued an update via Twitter.

“UPDATE at 1510: Officers are clearing the Salem Center Mall at this time,” the tweet reads.

“Liberty at Chemeketa ST NE closed and traffic is being routed west from Liberty. Avoid the area due at this time as the incident is still ongoing.

“Again this is NOT an active shooter incident. #salemoregon“

The police department had originally issued a tweet alerting residents of “increased police activity due to a report of shots fired.”

“Police are currently searching for a suspect. If you see any suspicious activity, please call 911. This is NOT an active shooter incident.”

First responders were tending to an individual shot outside of Columbia Bank, according to the Statesman Journal.

An evacuation of the mall is underway.

A shelter in place alert has also been sent to local businesses in the downtown Salem area, according to reports.

KGW News reports the Downtown Learning Center and Howard Street Charter School are both in lockdown due to police activity in the area relating to the ongoing incident.

The intersection mentioned by the Salem Police Department is not far from the Oregon State Capitol, where earlier today a truck convoy was held.

The Salem Police Department alerted residents that the convoy was impacting traffic in the area and encouraged people to “take alternate routes to avoid any delay in your travel through the city,” according to their Twitter account.

The Salem Center Mall boasts more than 70 shops and restaurants in the central part of the city.

The mall was set to be open until 8pm local time tonight.

The investigation is ongoing.