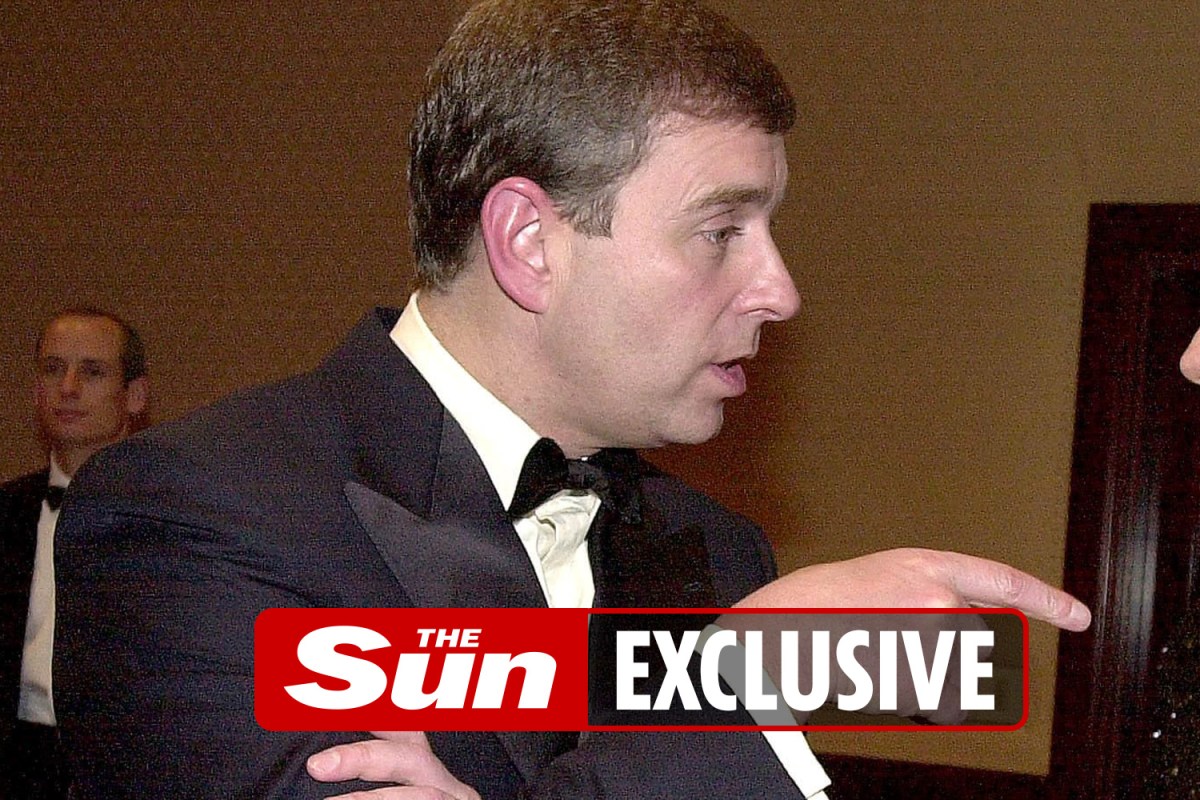 THE Queen had to order childish Prince Andrew to back down in a bizarre squabble with Charles — over a royal loo.

The ‘petulant’ Duke of York, then 39, refused to remove his toiletries from a bathroom intended for his older brother.

He relented only after an intervention from his mother at Sandringham, a former maid has revealed, with royal staff left astonished at the row.

Former Buckingham Palace maid Janette McGowan lifted the lid on Andrew’s childish tantrum at Christmas 1999 — when he was 39.

She said household staff were alerted to an “ongoing situation” after the Duke of York had bagsied the wrong bathroom.

He then refused to move his toiletries when told that it had been reserved for his older brother and future king Charles, then 51.

Janette, who had travelled to the Sandringham estate in Norfolk with the Royal Family, told UK Times: “We were told not to move anything and not to touch anything in that bathroom because there was an ‘ongoing situation’.”

But she told how it was eventually sorted out by the Queen having words with Andrew while Charles waited patiently for a resolution.

She explained: “When members of the Royal Family travel to Sandringham they are each allocated rooms and a bathroom.

“But Prince Andrew took the bathroom that was allocated for the Prince of Wales and he wouldn’t budge and refused to take his stuff out of it. It turned into a bizarre stand-off.

“In the end The Queen herself had to intervene to defuse the situation. She actually had to have words with Andrew and say to him that he had to use the other bathroom and that was when he finally backed down.

“He was almost 40 at the time. It was very odd behaviour for someone of that age.

“The Prince of Wales just had to wait until the Queen intervened as Prince Andrew had just left his things in the bathroom and he wanted that bathroom.

“Charles was very grown-up about it, which is more than you can say for Andrew.”

The Duke, who was divorced from Sarah Ferguson and a veteran of the Falklands War, was at the time living permanently at Buckingham Palace.

Bizarrely, Janette said there was “nothing special” about the bathroom at Sandringham — and says Andrew simply resented the fact that his brother was regarded as “superior” to him.

She recalled: “There was a long corridor with four bedrooms and four separate bathrooms.

“Prince Andrew had arrived first and he put his things in the bathroom that he shouldn’t have done.

“It wasn’t the one opposite his room, which is what made it so bizarre.

“There was nothing special about the bathroom. It was just a good old sibling row.”

Janette, who went on to work for Princess Michael of Kent and the Earl and Countess of Wessex, said of the squabble: “I think it was very petulant. He’s very spoiled with regards to his own rights.

“He didn’t like the fact that his brother was superior to him with regards to things being allocated to him. Apparently he always had to have the first pick of everything.”

Last week it was revealed how Charles and son Prince William advised the Queen that Andrew’s role in the Royal Family had become untenable amid his ongoing sex claim scandal.

In a devastating blow to the Duke of York, Buckingham Palace announced he was to be stripped of his military titles, patronages and use of “His Royal Highness”.

Andrew is currently preparing to give sworn testimony against Virgina Giuffre who has accused him of sexually assaulting her when she was 17, which he vehemently denies.

He currently lives with his former wife Fergie at Royal Lodge close to Windsor Castle.

But he is now facing calls to be evicted after he quit royal duty in 2019 in the wake of his links to billionaire paedophile Jeffrey Epstein.

Like Janette, Charlotte recalled how he had “behaved like a spoiled brat” when things had not gone his way.

Charlotte, 47, said that he would make her run up four flights of stairs to close his curtains, despite the fact that he was sat right next to them.

She told UK Times: “One night I’d done it all, I walked back into the corridor and he came out screaming, ‘Can’t you f***ing do anything right?’ I’d left a little gap where they met but they were extremely heavy.

“I was thinking, ‘You want to shut your own curtains’ but you can’t say anything. You have to absorb it.

“It was awful and he brought me to tears. I was only 21 and had little life experience.”

Yesterday she told how she had been criticised for speaking out by locals in her home town of Halifax — but she had no regrets.

She said: “I don’t give a toss what Prince Andrew feels… he is a horrible, nasty man.”

She revealed she decided to spoke out after an ITV documentary last week told how Andrew threw a hissy fit whenever his beloved teddy bear collection was moved.

We told how Charlotte had to painstakingly arrange them in order of size, and even got a day’s training on how to do it.

She said: “My husband and I saw the TV programme during the week when his teddy bears were mentioned and he said it was a good time for me to speak about what happened to me too.”

Spokespeople for Buckingham Palace, Clarence House and the Duke of York all declined to comment yesterday.