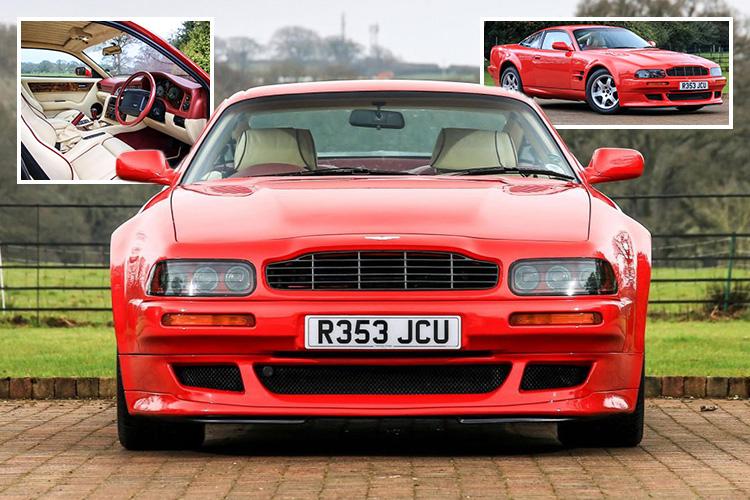 ONE of the rarest and most desirable supercars of the past 25 years has emerged for sale for £160,000.

The Aston Martin Virage Vantage V550 is one of just 239 to be manufactured, and was first owned by Middlesbrough F.C chairman Steve Gibson.

The sportier, supercharged version of Aston’s standard Vantage, V550s have become real collectors’ favourites in recent years and this one remains in fantastic condition.

When the businessman owned the coupe at the turn of the century, it was among the most exclusive cars money could buy, with a price tag around the £200,000 mark.

With just three owners in its 21 year life, the motor has covered just 61,000 miles in over two decades.

It has a pristine red body, cream leather interior and polished wood dashboard.

The Vantage has a top speed of 186mph, which makes it faster than a modern day Porsche 911 Carrera.

During his ownership of the supercar, Gibson covered around 50,000 miles before finally selling it to an Aston Martin enthusiast in 2003.

Since then it has changed hands once more, in 2014, but has now set to go under the hammer with auction house, Historics, at their May 19 sale at Brooklands Motor Museum in Surrey.

Edward Bridger-Stille, Historics’ auction director, said: “This stunningly quick 21-year-old paid to the notion that ‘supercars’ are a modern-day phenomenon and what’s more, its a glorious example of British engineering and latter-day coachbuilding.

“Under Mr Gibson’s tenure the car had nine service stamps from Reg Vardy, he sold the car in March 2003 to an Aston Martin enthusiast and our vendor purchased the car in December 2014.”