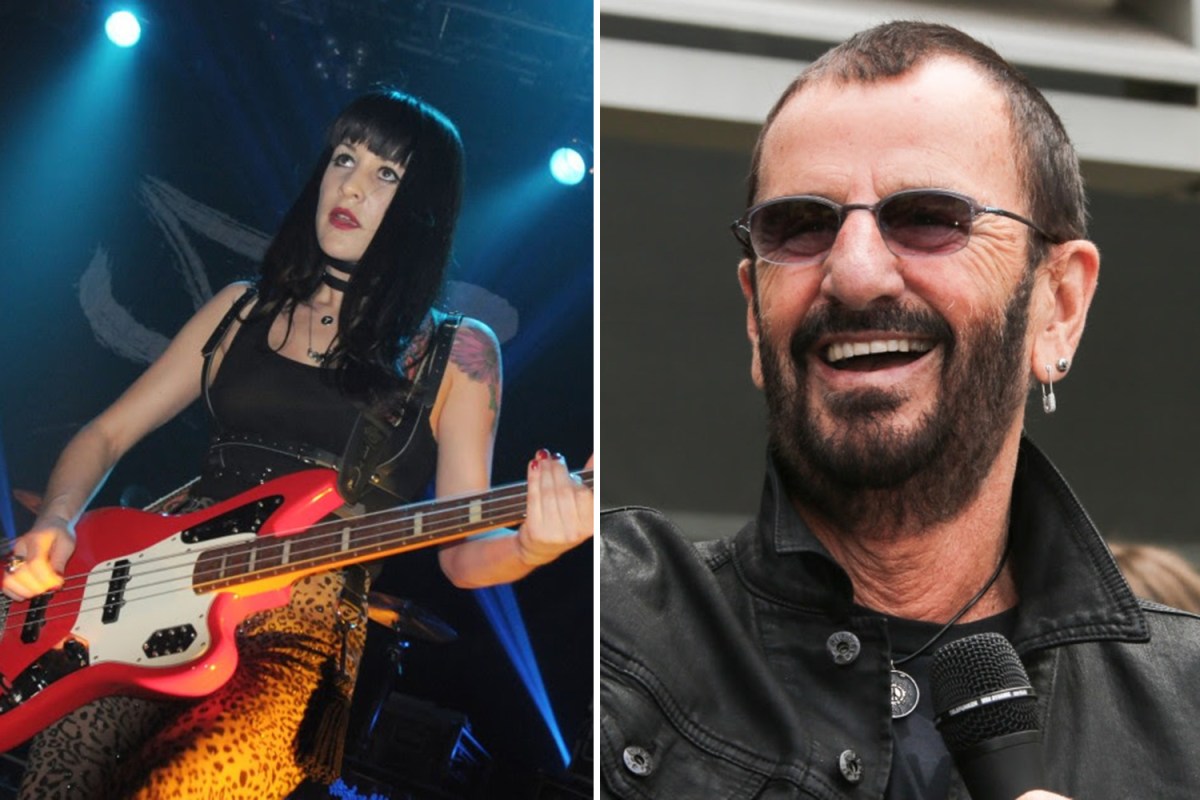 RINGO Starr’s granddaughter has moaned to a court that she earns just £800 a month working in a cafe – while her granddad is worth £265million.

The bass player and waitress told the court: “I’m a musician and three people came over to practice.”

But she says she has not made any money from the band as the music industry is hard at the moment.

Meanwhile her drummer grandfather Ringo, 81, is worth £265million after earning his fortune from playing with The Beatles.

“They immediately heard the sound of loud music and people singing.

“The defendant confirmed that she was the occupier of the address and the other people did not live there.’

She told police officers that they were “all part of a band” and “they finished work and they were letting their hair down and enjoying themselves”, said Mr Pratt.

“The officers heard loud music being played and they were drinking alcohol,” he continued.

Starkey admitted participating in a gathering of two or more people in private dwelling this morning and was handed a £400 fine.

Appearing via CVP, Starkey asked whether her fine would be overturned if the Prime Minister was found not guilty.

Judge Daniel Sternberg said he can only deal with the matter before the court and he has a right to appeal the decision.

She said she has not made any money from the band as the music industry is hard at the moment.

On September 8, she was convicted under the single justice procedure of participating in the illegal gathering in Chevening Road, Queens Park, on 10 February 2021 while London was in Tier 4 lockdown.

But at the last hearing on March 8, Starkey successfully applied to reopen the case after explaining all the court papers were sent to her old address.

Zak Starkey, is drummer for The Who and has also drummed for Oasis.

He married Tatia’s Starkey mother Sarah Medikides when she was born in 1985 – the first of Starr’s eight grandchildren.

In 2016, Starkey had a child with Adam Low, making Starr a great-grandfather.

With dark hair and a heavy fringe, Starkey shares a strong resemblance with her grandmother Maureen Starkey – Starr’s first wife – who passed away from leukaemia in 1994.

Starkey, of Bracknell, Berkshire, previously appeared in court wearing a furry leopard print coat and wore her dark hair tied up in a high ponytail.

She was due to appear via video-link today (thurs) for a case management hearing to set a trial date, but she changed her plea to guilty and was fined £400.